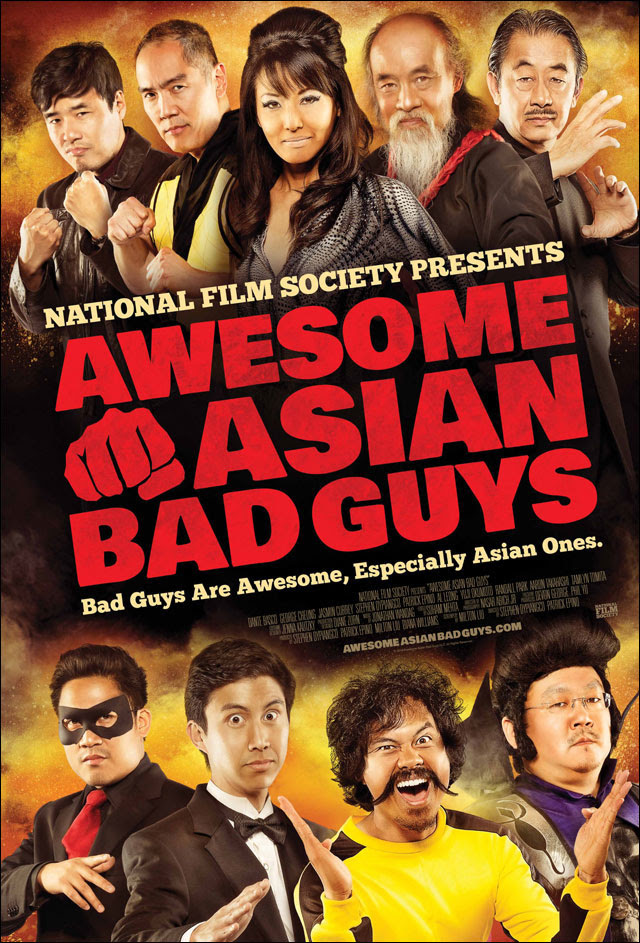 “We are excited to be launching our project with FilmBuff,” says co-director Patrick Epino. “They have made it possible for us take our movie to major platforms so that it can reach a wider audience. These legendary performers have spent their careers in the background, and this project finally gives them their due. It places them front and center where they belong. We look forward to building this into a franchise by developing a potential sequel and other kick-ass projects within the AWESOME ASIAN BAD GUYS universe.”

The AWESOME ASIAN BAD GUYS intellectual property originally began as a 2-minute video on Dypiangco and Epino’s National Film Society YouTube channel, where they incubated the project as part of the PBS Digital Studios network. With a modest but highly engaged and passionate audience, the duo recruited key talent and then took their concept to Kickstarter, where they raised production funds and expanded their fan base.

The first web-based project to ever participate in the prestigious Independent Filmmaker Project (IFP) Emerging Storyteller program, the film premiered at CAAMFest and went on a successful festival run, playing to sold-out screenings of enthusiastic fans.

“We are so lucky to have found such young, talented, and dedicated filmmakers in Patrick Epino and Stephen Dypiangco,” says FilmBuff’s Sam Scupp. “Starting this project as a two-minute video and expanding it to what it is today is such a remarkable feat, and we are proud to have a part in sharing AWESOME ASIAN BAD GUYS with the world. We can’t wait to see what the future holds for these two fantastic filmmakers.”

Using VHX, AWESOME ASIAN BAD GUYS will coordinate an online watch party experience accessible from anywhere in the world on June 23 that is tied to a special premiere event in Hollywood.

“AWESOME ASIAN BAD BUYS owes its existence to our online supporters, so it only makes sense to thank them and reach new fans with a big online watch party,” says co-director Stephen Dypiangco. “The film is available for pre-order from our website via direct-to-consumer platform VHX, which has empowered us through powerful tools and inspiring advice to expand our audience and turn our release into a major digital launch event.”

“We’re very excited to help Awesome Asian Bad Guys take control of video sales through their own (kick-ass) website,” says VHX CEO Jamie Wilkinson. “For a film with such a great fan community already, it’s the perfect opportunity for them to build a direct connection with their audience.”

The original Awesome Asian Bad Guys video and project updates can be found at AwesomeAsianBadGuys.com.