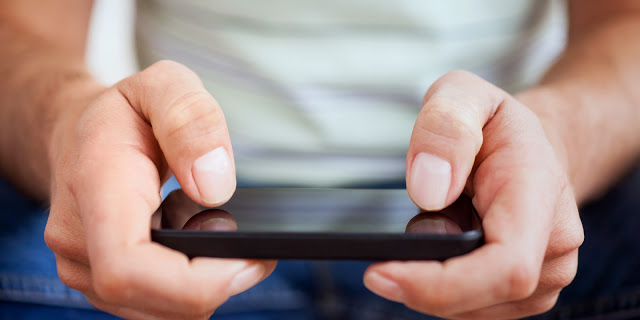 The mobile gamer has changed a lot throughout the short history of mobiles. From the avid Snake player on ye olde Nokia 3310 through to the dedicated MMORPG mobile gamer using their smartphone, the development of the mobile gamer is quite a journey to behold. Play along at home and discover evolutionary stages to rival any Darwinian theory.

The obsessive Snake player had many qualities. His thumbs were fast, his attention was focused. He was probably 13, using his dad’s phone and feeling like the King of Cool just holding it.
While Nokia’s Snake wasn’t the first mobile phone game (the Hagenuk-2000 had a version of Tetris on it back in 1994), it was certainly the first to penetrate a large market.

In the early 2000s, the first phones supporting Java were released. This was a big deal. The first gamers to appreciate the comparative versatility of Java games were the teenagers of the era (isn’t that always the way?). They were only slightly put off by the lack of handsets that supported both Java and colour technology – after all, you can’t have everything, right? ‘Real’ gamers who still favoured consoles and dedicated portable gaming devices over shoddy mobile devices still looked down their noses at the mobile gaming phenomenon – it was a novelty for kids and old people.

Do the words ‘Beach Rally’ mean anything to you? If the answer is yes, you were probably a radical racer. Part of the awkward teenage phase of mobile gaming, the racing enthusiast was one of the first to enjoy the action and drama mobile gaming could offer. By this time, colour screens (and some 3D) were in and street cred for playing games on your phone was slowly on the rise.

Hipsters, rejoice! Your time has come. The first-gen iPhone gamer was wearing skinny jeans and listening to obscure bands for all his 4 or 8GB model was worth. While the app store wasn’t around at the very beginning, once it was up and running, they were slowly downloading for all they were worth.

Today, the mobile gamer has many faces. From Grandma playing Words with Friends to the two-year-old kid playing an interactive Dora the Explorer game, technology has expanded to the point that mobile gaming is for everyone. Mobile apps make downloading cheap, quick and easy and an entire industry has sprung up around it.

And that’s where our journey has taken us so far. The mobile phone evolved from being the ‘poor man’s Gameboy’ to overtaking consoles in overall market value as advancements in technology expanded the audience. Mobile gamers changed quickly from teenagers wanting to show off how cool their case was to a varied group of consumers with a wide range of tastes. This was largely thanks to an interface that allowed niche developers to directly reach their market, something that was difficult to do in the past due to the prohibitive costs of developing and marketing a game on a traditional console.

What will the mobile gamer look like a decade – or even a couple of years – from now? It’s impossible to say, but they certainly won’t be going extinct anytime soon.