ShareTweet
YOUR EVERY MOVE IS BEING WATCHED…

The fourth season of one of television’s most intriguing programs, Person of Interest, is set for release on Blu-ray and DVD by Warner Bros. Home Entertainment (WBHE) on August 11, 2015. The season is also currently available for download in Digital HD. Person of Interest: The Complete Fourth Season will feature all 22 episodes from season four, plus two new featurettes, a gag reel, deleted scenes and much more. Person of Interest: The Complete Fourth Season will be sold on Blu-ray with UltraViolet Digital HD, which retails for $54.97 SRP and on standard DVD, which retails for $49.99 SRP.

All eyes are on Person of Interest as the show launches into another exciting season. Although they have saved countless lives thanks to The Machine’s omniscience, the team is still reeling from the devastating loss they experienced in season three and now face an uncertain future

Since its debut four years ago, Person of Interest has remained a consistent fan favorite among television viewers. During its fourth season, the hit series averaged 13.1 MM viewers per episode.

“Person of Interest is a show with depth, complexity, gifted actors and highly entertaining story lines that mirror what is happening in our society today. It is a fascinating series. We are delighted to release another great season of this remarkable program,” said Rosemary Markson, WBHE Senior Vice President, TV Marketing. She added, “Season after season, Person of Interest consistently delivers fresh, exciting episodes that keep viewers on the edge of their seats. We’re thrilled to deliver all these Season 4 episodes as well as some amazing behind-the-scenes features to give fans an even closer look at their favorite show.” 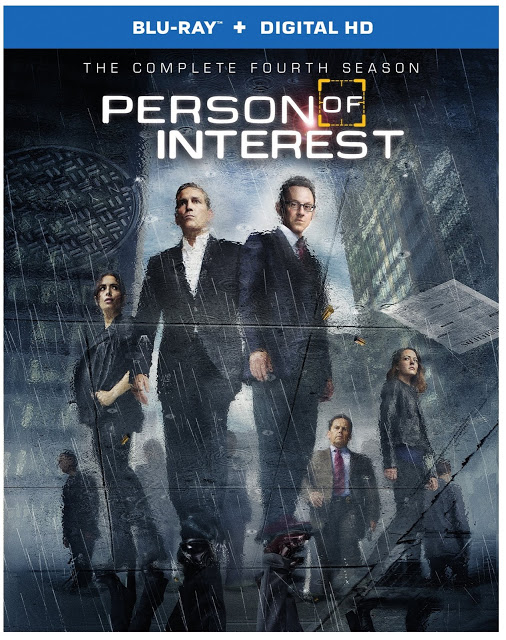 About Digital HD with UltraViolet