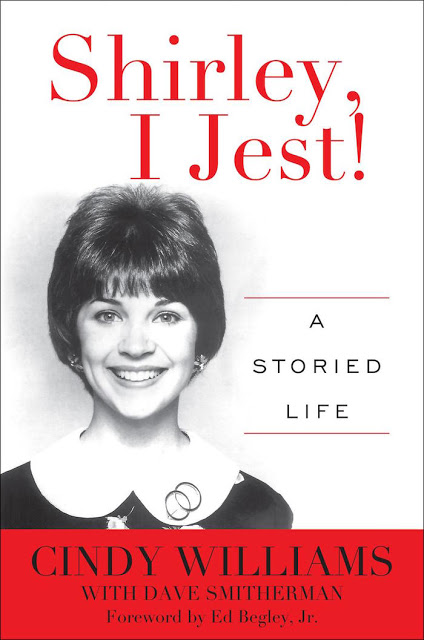 This coming Tuesday, June 16th at Larry Edmunds Bookshop in Los Angeles, TV icon Cindy Williams will be on hand to sign copies of her new autobiography, Shirley, I Jest!

Cindy Williams, half of the comedic duo of Laverne & Shirley, has had a wild and lively career in show business. This book is an engaging and heartfelt journey from Williams’s blue collar roots to unexpected stardom—from being pranked by Jim Morrison while waiting tables at Whisky a Go Go to starring in one of the most iconic shows on television. With wit and candor, Cindy tells stories of her struggles as a child growing up with meager means and dreaming of becoming an actress. She also shares many misadventures and amusing anecdotes about some of the most famous actors in Hollywood. Never taking herself too seriously, Cindy finds humor and irony in the challenging world of show business.

There will a screening of an episode of Laverne & Shirley, followed by a Q & A with The Classic Television Preservation Society and Forces of Geek’s Herbie J Pilato.  The festivities begin at 7:30 pm!  For more details click HERE!