After this Sunday’s season finale, fans of Game of Thrones will have to wait another year for the next installment of the George R.R. Martin epic.

But at least the good folks at the Home Box Office gave us one hell of year.

Let’s take a look at few of the seasons highlights (and low points): 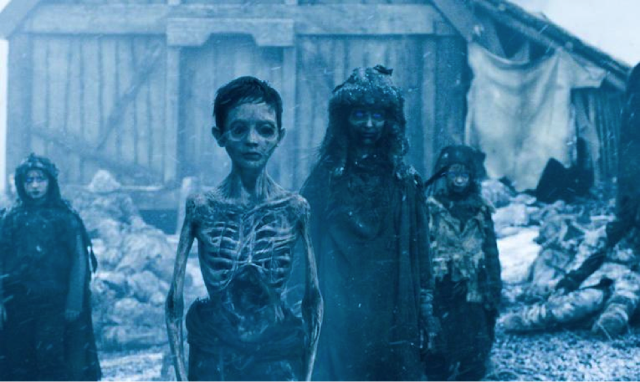 Ever since the first episode, the White Walkers (aka “The Others” for those book snobs who prefer the books) finally, FINALLY make their presence known.

After five years of watching “The Walking Dread” fight in small battles and run a zombie safe-haven for abandoned incest babies in the forest, we finally get the battle scene we are all waiting for.

And it was magnificent. 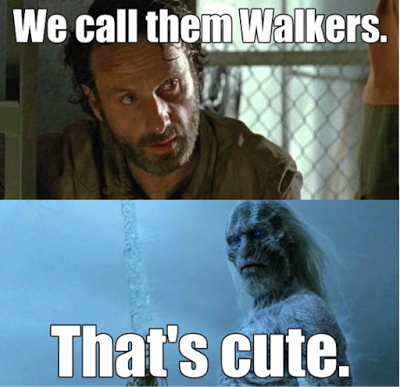 Thank you, HBO, for exploring what the book only hinted at. 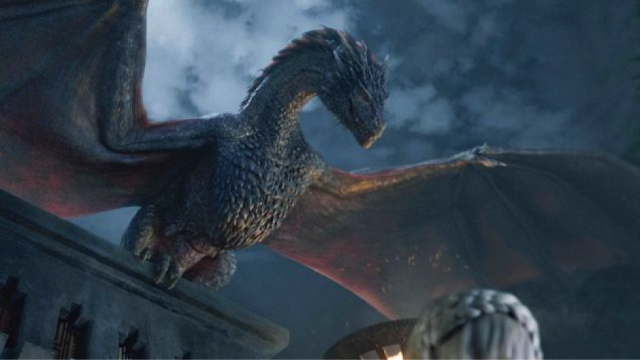 It was slightly torturous to slowly watch the itty-bitty little fire-breathers grow ever so slowly into death machines that can carry a platinum princess.

But in the episode “A Dance of Dragons,” fans were finally treated to the Great Escape via Drogon.

As her enemies surround her, Daenerys Targaryen resolves to die with her buddies, but only to be saved at the last minute by decent CGI.

And while we applaud her escape and HBO for finally giving us all the screensaver we so desperately covet, one has to wonder: did Dany abandon her loyal subjects? I feel she could have scooted a bit and made a little room for at least Tyrion. He doesn’t take up too much space. (Please see the giving-no-fucks handbook Surviving the Titanic by Rose DeWitt.) 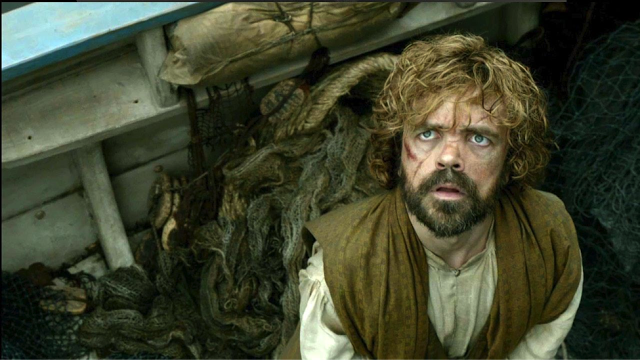 After living a lifetime and storyline in isolation, the Lady Targaryen gets to have a playdate with another main member of the cast. As Tyrion lands in Meereen, fans finally get to watch two of the show’s heavyweights interact.

And they danced beautifully with each other.

Tyrion was quickly able to not only save his skin, but proved he was an asset to the future Queen of the Seven Kingdoms (fingers crossed), while Dany proved to the best Lannister that she was a queen worth serving.

It was a meeting of the minds that set a new tone for the show as an Emmy winner was able to interact with the show’s only other Emmy nominee and prove that Game of Thrones is not just about boobies, dragons and eye gouging.

Not that those things are bad, mind you.

Jon Snow gets to hang with Stannis and Wenches of DragonStone! Brianne is looking after Sansa! After watching many, many storylines, Westeros gets just a wee bit smaller as characters begin to interact with each other.

I’m sure this is great for the actors as well, who mostly only see each other at the Emmys. 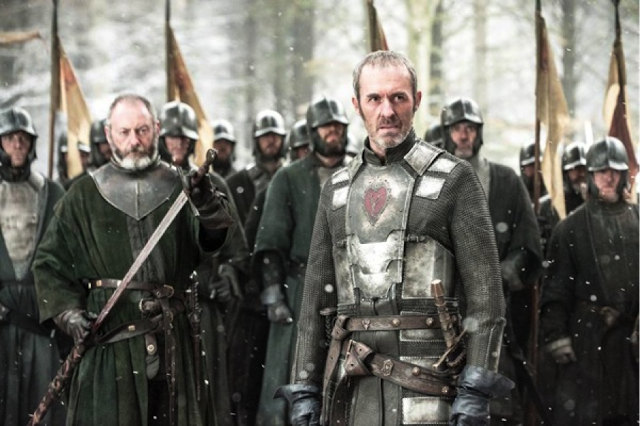 Let’s face it. Without Cersei’s wholly selfish and despicable acts, there would be no Game of Thrones.

King Robert would have been alive, Bran would still be scaling towers, Ned Stark would probably still about around, the North would have nothing to remember…you get my drift.

So while legions of fans should probably thank her for being a bitch for our petty Sunday night amusement, dear God, it was nice to see her get a little back what she dished out.

After a terrible miscalculation of giving ultimate power to a fanatical religious group, Cersei quickly realizes that perhaps there was a reason daddy kept her out of the limelight. Unfortunately, she realized her mistakes too little, too late.

After years of getting her way, there was something a little satisfying about watching Cersai lick the floor to quench her thirst.

Stannis = Father of the Year

Princess Shireen represented more than just a tragic figure of a small girl with a disfiguring disease. She was Stannis’ humanity. He moved Heaven and Earth for his daughter to live, despite the fact that she was just a girl and could not be useful in anyway. But he loved her, and that made him loved.

But his decision of power over family brought out the true nature of the man who would be king. His choice to burn his daughter at the stake in an effort to secure the luck of the God of Light was more than just shocking. It was heartless.

That wasn’t a young girl that was burned to death. It was final bit of good that was left in Stannis.

The Missteps of Margery

Face it, you can’t throw shade at Cersei Lannister without a few repercussions. While she was not the most noble of characters, she wasn’t wholly unpleasant. But watching the Battle of the Queens was a completely entertaining hot mess.

Ladies of RuPaul’s Drag Race, please take note. This is how it’s done.

And now the bad…

I would rather watch a Human Centipede/Saw/Salo crossover than watch the Sansa Stark storyline again.

Between marrying her off to the poor man’s Joffrey to watching her attempts to escape fail, it was a true test of any Game of Thrones fan. She didn’t deserve it, and it didn’t happen in the books, so it sort of seemed necessary.

This is one of those times where I just have to blindly trust the Game of Thrones head honchos and hope there is a huge payoff at the end. Like Ramsay gets his dick torn off by Theon in a PTSD rage.
(This was written before I saw the finale, so if this happens, then I’m sorry I ruined it for you AND I’m hoping that there is an opening on the writing staff.)

So, now were a doomed to wait another year. Here is hoping that next year is filled with more superstar team ups (Jon and Dany? Brianne and a mysterious Lady Stoneheart? Stannis and the business-end of Needle?) and a few of the MIA lesser Starks, and way, way less sad Sansa.

We’re off books, people. Anything can happen. 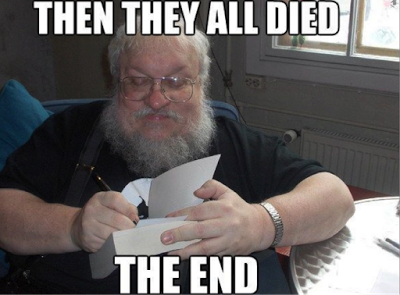