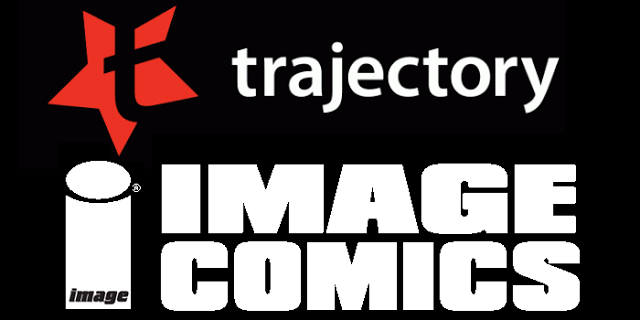 “It is very exciting for Trajectory to be working with Image Comics,” said Scott Beatty, co-founder and Chief Content Officer at Trajectory, Inc. “As one of the largest comic book publishers in North America with well-known series such as Spawn, The Walking Dead, and Saga, Image will be well positioned for additive global distribution via the Trajectory network. We are delighted to be making these books known to customers in all corners of the globe. In particular, we are pleased to provide exposure to the library marketplace where there has been great demand for the Image digital catalog.”

Trajectory has the largest known global network for eBook distribution. The network delivers 300+ international points of distribution representing over 230,000+ digital endpoints including every relevant eBook retailer, library distributor, school distributor, and alternative digital sales channel all from a single on-boarding point. Through a single on-boarding site maintained by Trajectory, publishers can simply upload their files and designate where they would like the digital edition of their titles distributed.

“Image Comics is really thrilled about bringing the creators we publish to new markets abroad via digital distribution partners like Xaomi in China, and returning to US based digital book outlets like Barnes & Noble,” added Eric Stephenson, Publisher at Image Comics. “Even more so, it’s great that we’ll be reaching new readers in libraries through services like Hoopla and Overdrive.”

“We’ve identified a significant amount of demand around the world for English language comics. Comics are a key component of pop culture and the world has its eyes on America,” said Jim Bryant, Trajectory CEO. “We are delighted to be delivering Image Comics around the world for consumers to view and interact with on their phones and tablets.”

ABOUT TRAJECTORY
Trajectory is a Marblehead, Massachusetts based intelligent network that connects publishers with its global digital distribution network of eBook retailers, libraries, school, and APP distributors. The Trajectory network delivers 300+ international points of distribution representing over 230,000+ digital endpoints including every relevant eBook retailer, library distributor, school distributor, and alternative digital sales channel all from a single on-boarding point. Trajectory has recently invented a series of algorithms that are being used to address the “Book Discoverability” issue facing international publishing.