ShareTweet
“…Because if everything is terrible, then nothing is!”

Scavenging the world for forgotten VHS cassettes, how-to manuals on DVD and home-made instructional videos on how to give your cat the perfect massage, the video blogging duo of Everything Is Terrible is doing God’s work.

Their fame is now far reaching, thanks to guest spots on Tosh 2.0, The Jimmy Kimmel Show and Late Night With David Letterman, as well as coverage in mags like Paste and Wired. The Chicago-duo who began the video blogging site a handful of years ago have grown in popularity, standing on the cusp of greatness.

Thanks to Everything Is Terrible, the gen pop of late night, cable TV and indie movie theaters now know about the incredible dance moves of Duane, the heroic work of Yellow Dino and his personal vendetta against pedophiles and the benefits of sensual massage, as explained by Angela Landsbury.

And let’s not forget the duo’s ongoing effort to find every single VHS cassette of Jerry Maguire and give them a good and loving home. 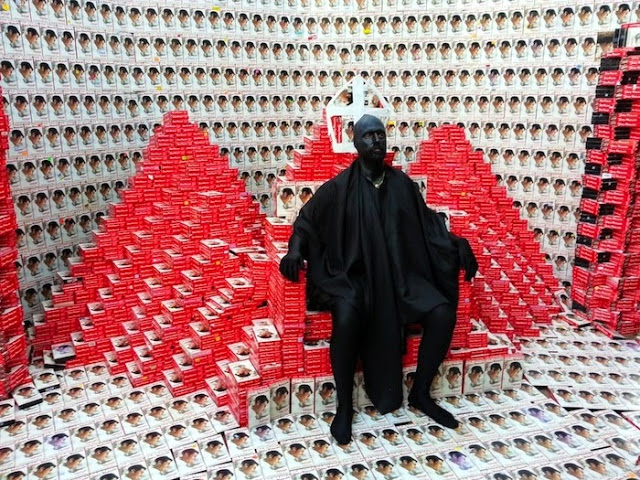 Of the thousands upon thousands of clips they have collected over the last decade, a few standout a pure art. Stoner art, but art nonetheless.

These clips have crossed over from the “Dear God in Heaven, why does this even exist” territory into something more. Something that offers keen insight into the human psyche that ranges from the early ‘80s to the mid ‘90s.

Most of these tapes signify a time when video creation was at its peak and became a means in which anyone and everyone could get their message to the masses for just the cost of a blank VHS cassette or DVD.

And it seems everyone did just that. Some are spiritual. Some go beyond human comprehension. Others are just batshit insane.

Here is a small sample of the best that Everything Is Terrible has to offer:

What make Yellow Dino stand out amongst the many, many “Don’t Talk To Strangers” PSAs is how aggressive he is at catching pedofiles. If McGruff the Crime Dog began working out, using steroids and was really, really, really into leather.

What began as a straight-to-video clip from Barbie Dance Club has since launched a cult-like God figure who can pop and lock. This pre-teen blonde demi-God has risen from obscurity to become the messiah of Everything Is Terrible, spreading his message of truth, love, terrible dance music and the importance of fashion.

Behold, and prepare to be humbled…

In the ‘90s, the queen of ‘80s primetime Linda Evans spouting the wonders of the Rejuvenique face mask to an unsuspecting daytime TV audience. The metal conductors in the mask would send small shocks to the facial muscles, supposedly causing them to relax…or tense up. It wasn’t clear exactly. The effect was to make the wearer look younger, refreshed…and totally not a hospital extra from the “Eye of the Beholder” episode of The Twilight Zone.

The good folks at EIT opted to do their own edit of the spooky infomercial, which featured age-fearing housewifes wandering their spacious homes in fetish gear.

Do you love robots? How about robots reciting scripture to a group of homeschooled kids who can barely act? Still work for you?

There are many, many Jesus videos to peruse on the Everything is Terrible site. And a large portion of them are directly aimed at kids. What makes Colby stand out is that the video looks like at least some thought into production was used, there appeared to be a budget of some sort and how well made and not creepy the Colby costume is made. And trust me, the “not creepy” part is key.

“Remember: A major Whisker Watch Alert is in effect here.”

Your cat wants a massage. No oils necessary. Because that would be crossing a line.

It’s hard to believe now, but once upon a time, shirtless men sporting mullets and dad bodies were once considered hot. And their unique style of dance in which consisted of thrusting pelvic moves and bending over could whip a housewife into a sexual frenzy.