Steampunk started as a sub-genre of science fiction typified by a fascination with steam-powered machinery and alternative histories, with stories frequently set in Victorian England.

Vintage Tomorrows  examines the Steampunk movement’s explosive growth, origins, and cultural significance, from its sci-fi beginnings into an aesthetic and DIY movement that influences art, fashion, design and music gloabally. Through in-depth interviews with the writers and artists credited with galvanizing the movement, and the cultural historians and social scientists investigating the phenomenon, Vintage Tomorrows poses the fundamental question: What does Steampunk tell us about history, community and our complicated relationship with technology?

We had a chance to chat with Vintage Tomorrows director Byrd McDonald about his latest project.

FOG!: Steampunk has gone through a lot of changes over the decades from its literary beginnings in the stories of Jules Verne and H.G. Wells, to the visual styles that inspired it in such films as Georges Méliès’ A Trip to the Moon and Fritz Lang’s Metropolis. Your documentary, Vintage Tomorrows, does a great job of highlighting the history of steampunk as well as its possible future. What made you decide that the world of steampunk deserved such a study?

Byrd McDonald: Brian David Johnson and James Carrot were writing a book about steampunk. I came along to film some of their research. At that point, I didn’t know steampunk, so what sparked my interest initially was the filmic possibilities of making a documentary about a subculture with such a powerful visual aesthetic.

There are so many winning aspects to steampunk — the history, the humor, the romance — but the visual pull of the aesthetic spoke to me as a filmmaker. That got me going.

What kept me going was the amazing people I met in the subculture. 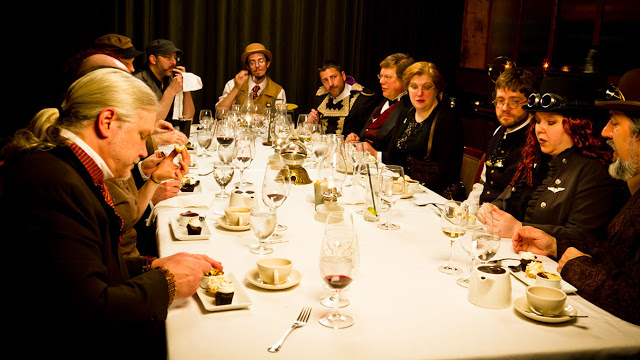 A lot of cosplay subcultures get their start in the world of comics or sci-fi shows and grow via specific virtual gathering spots on the web and cons. Steampunk is a bit different in that it began in literature and grew slowly from there. Do you feel that the culture has more depth than other sub culture groups in that it starts from a place of reality and then incorporates the fantastical in it? 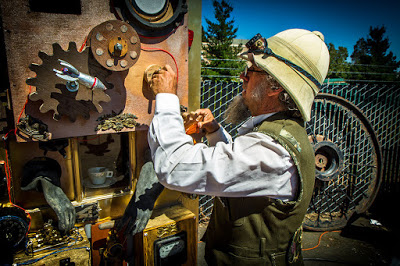 There is a complexity to cosplay that blows my mind. But I agree that steampunk is uniquely multidisciplinary.

Steampunk is a fascinating because of the intersection of history, humanity and technology. I think the deep well of history is what gives steampunk its highest order of complexity. History is a very large canvas. Steampunk starts with that vast historical landscape, and then expands as the pioneering steampunk writers twisted, shaped and punked that history.

And of course, steampunk draws so much from technology. As you begin to blend in the fantastical and the technological elements, you get this rich melting pot of influences.

Technology plays a huge part in the culture of steampunk but it is always from a standpoint of humanity’s connection with it. The tech is constructed by hand and is a tangible exploration of it. The parts of it are seen and can be tinkered with. Why do you feel that the importance of technological humanity is so important to the culture? And do you feel that it is a response to our own fragility with today’s technology?

We live in an amazing technological moment. And most steampunks are nerds about technology.

But I think we are seeing evidence that technology is not making everyone happy. I think many in the community are feeling tech fatigue, maybe even tech ennui. We are bored with technology that is designed to be uniformly appealing. More and more technology is built to be impossible for you to get under the hood, to get inside if you wanted to.

So there is a reaction against the disposable and the impersonal tech gadgets that are infiltrating our life. We are also feeling powerless against technology and the growing role in plays in our lives.

What happens if the grid goes down? What then?

As I write this, the stock market closed early today because of a technical glitch.

That’s scary. We are growing uncomfortable by how much tech is driving our world, and how little we can do to fix it or even understand it. Technology has us in a vice grip, and there is anxiety about that.

That said — and I think this is the key conundrum that fuels the steampunks — we love the technology as well. We can all agree that a smartphone is a magical device that unlocks possibilities and capabilities we could not have even imagined 100 years ago. 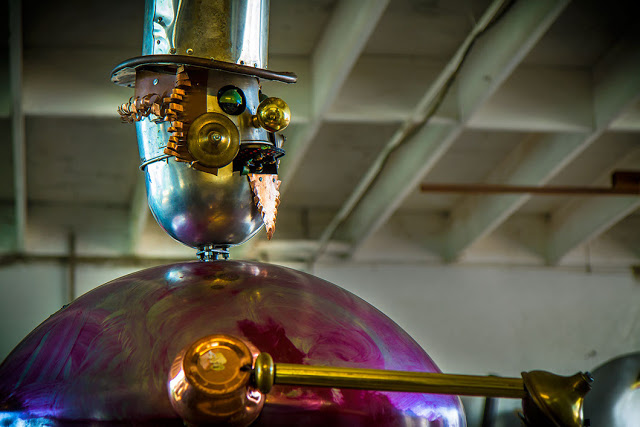 So, steampunks don’t want to throw innovation away. But they would like to touch the insides of their devices, even if it voids the warranty. Most of all, steampunk says customize technology, make it your own, and understand how it works.

Steampunk asks you to have an active, not passive, relationship with technology.

The documentary also touches on the idea that while Victorianism is attractive to steampunk, the culture should not neglect the dark side of that era especially when it comes to Colonialism, misogyny and racism. How can the culture best reconcile this part of history while still being inclusive?

There’s a term historians use “Presentism” which essentially means applying the values and mores of current times when examining historical players and their motivations. What I think sometimes happens can be this kind of inverted-Presentism, where the dated collective psyche of Victoria get assigned to these modern role players. 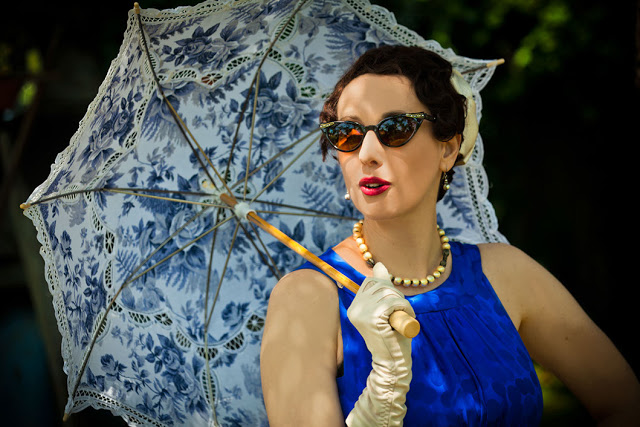 It certainly is the responsibility of steampunks, especially young people joining the movement, to know history. To educate themselves to understand the sensitivities and search themselves for what adjustments they can make to still have fun in their celebration of the aesthetic but be mindful of how certain charged symbology still carries hurt.

Ultimately the real participants of the culture view steampunk as a movement rather than relegate it as cosplay. From becoming active in Maker fests around the country to speaking on its value as a lifestyle, there is a real sense that Steampunk has the momentum to surge past its fringe roots and establish itself in the world. Do you feel that this is mostly due to the population’s growing need for a human connection to the created technology?

I do. I think we have a very real need to touch stuff, to use our hands, to get dirty, to play, to tinker, to disassemble. 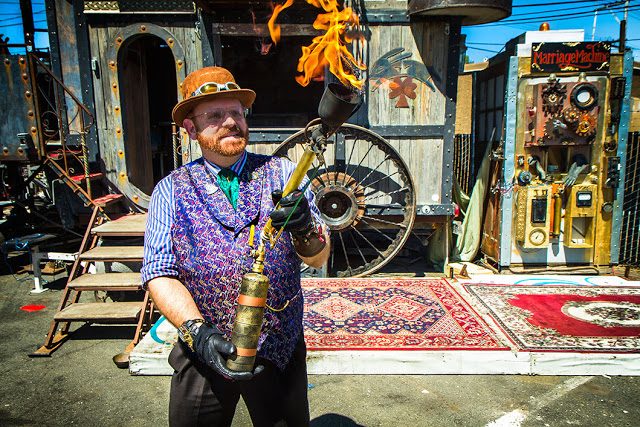 Technology is wonderful and amazing, but we are so reliant on it that it is almost inhuman. And we have become overwhelming passive in the face of so many screens. We have become lazy and soft because a lot of technology has made things almost too easy. I’m so guilty of relying on technology. I’ve been in Portland, Oregon for 10 years and people laugh at me because I barely know how to get anywhere without the assistance of Siri. That’s kinda warped.

A large part of the steampunk community are people rejecting the anesthesia of technology, even as they love the forward march of innovation that technology represents.