Last Wednesday, the latest issue of Sage Escape: Equinox was released via comiXology.  Set in the year 3042, the series focuses on Sage, an eighteen year old survivor of the massacre of her cyber village, turned experimental military cyborg.

I had the opportunity to chat with Sage creator Damian S. Simankowicz about the series, it’s genesis and it’s future.

FOG!: What was the genesis of Sage and her universe?

Damian S. Simankowicz:  Sage Escape began as two plot outlines: the first about a Salesman Assassin (cyborg) called Nihil and the second about an advanced mechanoid called Grim. Grim had a human counterpart, which became Sage. By the time I finished developing Sage’s back story, personality and character arc, I had folders of visual design and notes pads packed with plot info. Creatively, the story had become very addictive. I could travel across the universe, learn about alien cultures and catch a glimpse of a possible future.
I soon realised that Sage was the key ingredient of the story, every other element related to her in some way. So I decided to tell it from her perspective. When it came time to bite the bullet and make the first issue (Escape From Earth), I started the narrative from Sage waking up after just being converted into a new prototype Salesman Assassin. 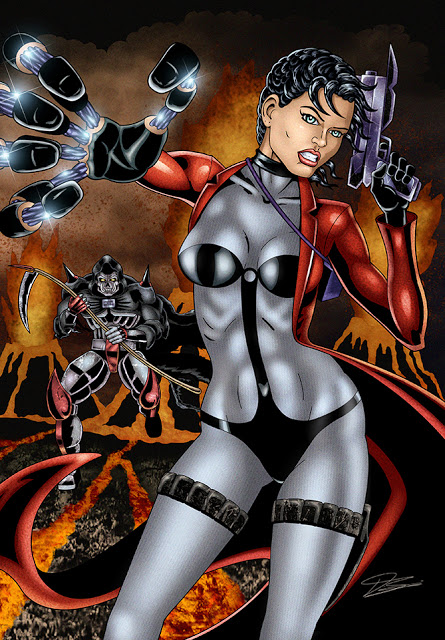 One of the interesting aspects of the series is that you’ve done quite a bit of world building.  What do you find to be the most interesting, story or character?
With Sage Escape, the story and characters aren’t separable. They are fundamentally intertwined. Take the character of Cat. She’s introduced in Mars Gambit as a human child who survived a warzone (story plot point). Her headstrong nature kept her alive long enough for S’=]]age to rescue her.
When we next meet Cat in Equinox, time has passed and she’s a young adult: a cybernetically enhanced, gun-toting adult with an itchy trigger finger.  The warzone experience changed Cat, but it was her character that kept her searching for a way to survive. And in this instance, the only way to survive was to become the enemy.
Who or what have been the biggest influences on your work?
I’ve always been a huge Sci-Fi fan. So I’m probably influenced by everything from original Star Trek to Simon Furman’s Transformers stories. Since childhood, I had a huge appetite for stories whether it be cinema, television, animation, novels, audio books or graphic novels.
Sage Escape, however, wasn’t modeled off anything in particular. In fact, it began as a creative frustration vent: I knew there was a type of story that I wanted to tell. There wasn’t anything quite like it out there and unless I made it happen, there never would be. This story would have all the cool stuff I liked in Sci-Fi and none of the goofy or silly elements that tend to appear in some series. It would be filled with new/unique concepts and be targeted at teens and adults, so I didn’t have to worry about censorship. And that was really my biggest influence, the concept of freedom to tell a story authentically and to stick to its original premise.
Your background is in film.  Were you always a comic fan?  Do you have any plans of adapting Sage to film?
My father and I are huge comic book fans. He’d always bring the latest DC issues home. I actually started drawing by copying Superman artwork. I’ve got bookshelves of graphic novels, boxes of comics in the wardrobe and more boxes of comics on the floor in the office. So, yes, I’ve always been a fan.
In terms of a film adaptation for Sage Escape, it would have to be done in conjunction with a producing team that have a successful history of adapting novels or graphic novels to the big screen. And doing it authentically. Considering the film market is flooded with prequels, sequels, remakes and spinoffs, to introduce a new story at this point, you’d have to be wielding a substantial budget to do it justice.
There’s also some fairly adult content in Sage Escape. Could you get away with what we do in the series in a modern Sci-Fi film? You could in the 80s. But what does impress me at the moment is TV and web series like Game of Thrones and Orange Is The New Black. They’re edgy and feel real.
That’s probably the way Sage Escape would need to be adapted. So you never know, there might be a way to adapt it into live action. 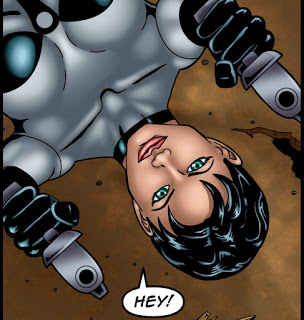 How far out have you plotted?  Do you have an endgame planned?
Sage Escape was plotted with a clear beginning, middle and end. I had the endgame drafted as an outline before I began writing the first issue.
Escape From Earth and Mars Gambit tell seemingly straightforward stories.
They are also loaded with characters and scenarios that set-up the rest of the series.
That’s one of the most enjoyable parts of doing the Equinox mini series: paying off some of the set-ups. For example, the trans-dimensional soul collector, The Final Word: he’s been walking through the backgrounds of the earlier stories and in the new issue, we finally see him strike!
Do you have any other projects coming up?
I have shelves of projects that I’ve developed over the years. They have scripts and concept art on standby. But my highest priority right now is Sage Escape.  We’re heading into some big revelations and plot developments, so my attention is like a laser beam; carefully crafting each issue to be an effective part of a greater whole.
What are you currently geeking out over (books, comics, movies, music, video games, etc)?
Right now, every work night is Orange Is The New Black night. My girlfriend and I are on season 3 and it’s addictive. But when we’re not watching that, Wayward Pines is awesome – great production, story and cast. Hannibal season 3 is very slick. And Bates Motel; the entire series is just the best prequel series ever. Daredevil had some great moments. The last season of Game Of Thrones was excellent. And I’ve been rewatching Robotech from the start.
Comic book-wise, I’m a big fan of Transformers: Autocracy, Monstrosity and Primacy. Artist Livio Ramondelli is revolutionary. And I’ve been rereading Regeneration One.
As for movies, Mad Max: Fury Road is the best film I’ve seen in a long time.
Music-wise, I’ve been catching up via Spotify on a few albums I missed when they first came out. I’ve really been enjoying Machine Head’s Through The Ashes Of Empires. And the Godflesh EP’s Slavestate and Decline and Fall. I’m inking Equinox 3 at the moment and I find loud music really good to work to for action sequences. 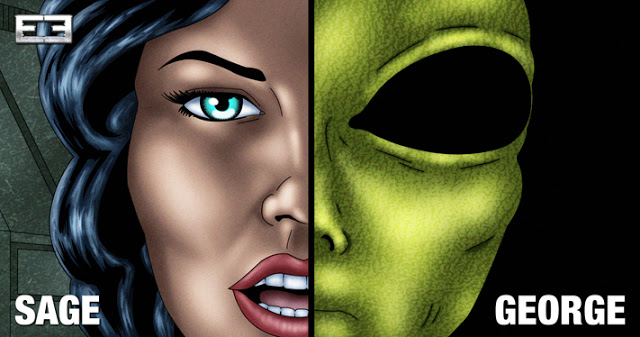