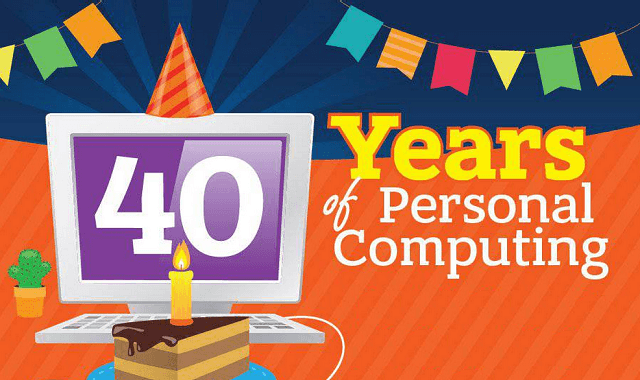 Computers have probably been around longer than you think.

Charles Babbage began to theorize about computers in the early 1800s, imagining a machine that could automatically calculate basic arithmetic and print out the results. After reading about his “Analytical Engine,” Ada Lovelace not only wrote the very first computer program, but predicted the future of powerful computers that could “compose elaborate and scientific pieces of music of any degree of complexity or extent,” and perform any task that could be translated into binary code.

While the military found uses for “automatic calculating machines” using punchtapes in the 30s and 40s, it wasn’t until the mid-20th century that businesses began to use computers as well.

When you think about early computers, what comes to mind probably isn’t the Analytical Engine, but the huge mainframe computers that came into use in the 1950s and 60s, like th IBM 1401. Thousands of 1401s were sold to businesses which used them to replace accounting machines and calculators. These mainframes had a hefty pricetag, starting at $2500 per month (equivalent to about $20,000 today).

Back then, it was accepted that computers were for the government, research laboratories, and big businesses who needed to automate complex calculations and process large amounts of data. Computers tallied votes, scored sports games, and calculated ballistics.

No one imagined that computers would have a use in personal households. What individual person had a need to process large amounts of data at home?

Many early computer hobbyists got their start on these early computers, and it was only a matter of time until computer companies recognized the potential of the personal computer, and started building and marketing computers for individual home use.

In such a short history of personal computing, we’ve come a long way! Here’s how the journey unfolded. Do you remember using any of the classic computers listed below?

In this article:Computers/Technology, History, Infographic