Twenty years ago, Clueless single-handedly revived the teen-comedy genre that had previously been abandoned by Hollywood, and even by John Hughes himself.

Arguably, the genre’s second renaissance started with this Emma-inspired instant-classic.

It launched the careers of most of its cast, and marked a return to form for director Amy Heckerling, whose sharp satire also made Fast Times At Ridgemont High a defining comedy a decade earlier.

In stores this week is, As If!, pop-culture columnist Jen Chaney’s definitive account of all-things-Clueless. It’s an oral history, derived from over 80 interviews, but it’s also a celebration of the beloved film (which started initially as a television series, only to later become a television series).

Chaney’s also peppered the book with perspective, commenting on why the film continues to connect with fans young and old. She explores everything that influenced the film and in return how the film has influenced its audience.

I caught up with the author on her book tour for some Q & A about the new book, and its own making-of process…

FOG!: I like how you make a case why Clueless matters in the introduction to your book, and the way point out its relevance culturally. Did you feel this way when you first saw the film, or would you say it’s more of a hindsight conclusion?

Jen Chaney: Oh, it’s definitely more of a hindsight conclusion. It’s very difficult to fully grasp the cultural relevancy of any movie until some time has passed. Certainly in Clueless‘s case, there were certain things that couldn’t be understood until after a few years had gone by, including its staying power, its cross-generational appeal, and how prescient certain details in the movie are, like the cell phones and Cher’s touch screen fashion-matching computer application. But did I think it was vibrant, fun, and smart on first viewing? Yes, definitely.

Even though the film had marketing support from Paramount at launch, it was technically a surprise hit during the Summer of 1995. Was it just the perfect time for this film?

My sense is that it arrived at a moment when young people, girls especially, were hungry to see a teen movie, particularly one told so pointedly from the female perspective. Since the ’80s teen movie wave, there had been other films about young people and about high school, including one of my favorites, Dazed and Confused.  But by the mid-1990s, it had been several years since there was a mainstream high school movie that captured the contemporary moment as effectively as Clueless does. All of that set the stage for its success. The fact that it was so entertaining, quotable, fashion-forward, and a whole host of other things is what really made it a hit. 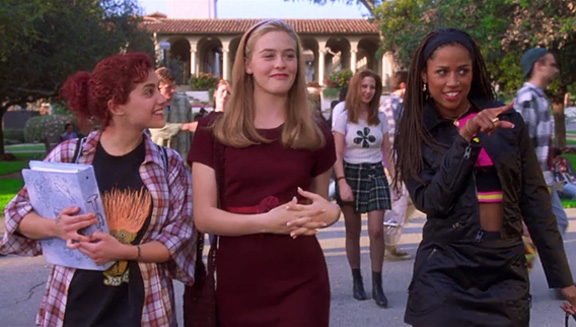 What is flat-out the strangest thing you discovered from researching the book?

That’s tough. I found out a lot of interesting details while working on this, like the fact that the Mighty Mighty Bosstones were pretty drunk the day they shot their scene in the movie and the fact that Paris Hilton once said “Miss Geist, you’re hot” to Twink Caplan. But maybe the weirdest coincidence/freakiest story is the one about Paul Rudd getting held up one night after having dinner, during the time the movie was shooting. That story was mentioned in passing in a GQ profile of Rudd several years ago, but when I spoke to Paul, he told the whole story in detail. Basically, after eating dinner with a friend, he got held up at gunpoint outside a restaurant. The guy even fired a gun and sent a bullet whizzing past Rudd’s head. He then stole his backpack, which happened to have Rudd’s Clueless script in it, with all of his notes on it.

The very next day, Rudd was back on-set, shooting the Bosstones scene, actually. Two things about this are striking: one, that we came terrifyingly close to losing Paul Rudd! Seriously, thank God that bullet missed. The second is that this mirrors, in a way, what happens to Cher in the film when she gets held up in a parking lot. But when it happens to her, obviously it’s funny and she’s never really in danger. In real life, when something like that happens, it’s scary. It further drives the point home that the cotton candy, shopping-therapy Beverly Hills we see in Clueless is not quite a reflection of real life in L.A..

Seriously, is this a rhetorical question? Team Josh forever and ever, until the day I die.

Clueless is one of those films that establishes its tone right from the opening (is this like a Noxzema commercial or what?”), and it really never lets up. Were you at all terrified that perhaps there wasn’t enough material to do a history of just this one movie?

I wasn’t afraid that there wasn’t enough material. As soon as I sat down to write the initial book proposal, it was obvious to me that there was plenty of meat here. What was more daunting was whether or not I would be able to connect with enough sources to gather as many stories as I wanted to tell. I ended up with more than I needed, but starting on a project like this — which involved talking to more than 60 people and doing more than 80 interviews — is an intimidating thing, for sure. 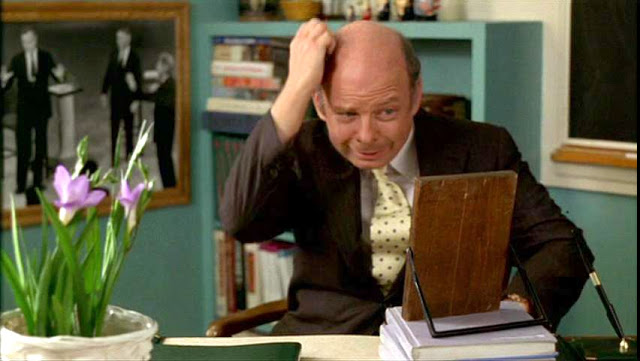 What’s the most fanatical geek-out moment you’ve had in writing the book, or possibly on the book tour so far?

I got to have lunch with Wallace Shawn, who, as you know, has been involved in many beloved, revered films and plays. I was focused on our conversation, but I kept having little flashes of, “I’m having lunch with the guy who had dinner with Andre!” So that was pretty cool.

As far as other Clueless fan geek-out moments, I haven’t done enough book events yet to say. I did participate in a panel at the Jane Austen Summer Program in Chapel Hill, N.C. a couple of weekends ago, which was really fun. Naturally, many of the people who participate in the program are hardcore Austenites who dress in Regency gowns. But one awesome woman came to my panel dressed in the full Cher Horowitz yellow plaid ensemble. It was pretty obvious that she had an in on all the heavy clambakes.

One of the things I personally associate with the film is that I saw it opening night with a crowd of NYU Film School friends, who were originally from LA. It wasn’t until enough work trips took me to LA that I got a lot of the jokes. I think part of the appeal of the film is that you’re invited into this lampoon of teens in Beverly Hills. Had you also never been to LA before seeing the movie the first time?

At the time, I had not been to L.A. either. In fact, I’m not even sure if I had ever flown on a plane at that point in 1995. I lived a pretty sheltered youth — maybe that’s why I could relate to Cher on some level. Anyway: I think I got the basic gist of most of the jokes, although I definitely didn’t know what Amber was talking about when she accused Cher of shopping at Judy’s. 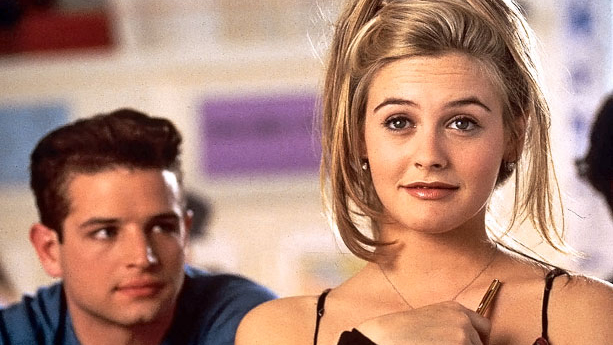 Do you have any other oral histories of films you’d love to do?

I would love to do an oral history of E.T. That movie was probably the most formative cinematic experience of my childhood so it would be a joy and an honor to write about how it was made and its cultural impact. Not sure if I’ll ever get the opportunity to do it, but we’ll see! 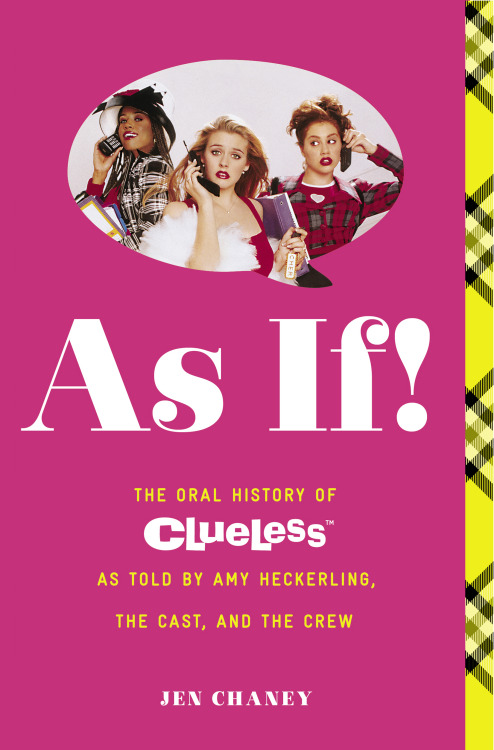 As If! An Oral History of Clueless is available now!