Running until the end of this month, Barnes and Noble’s coveted 50% off Criterion Collection sale has become a targeted rite of passage for obsessive cinephiles.

Basically, it’s a time when the usually obscenely overpriced Blu-rays and DVDs are offered at normal retail prices.

But this is all justified, given Criterion’s incredible devotion to restoration, research and, let’s face it, cover art.

Every release comes with a fair amount of bonus material, liner notes, and occasionally a slip box. Compared with the standard Blu-ray release from a major studio, even for new films, and you’ve got a fair argument for the hefty unit prices.

My Criterion collection started with their original laserdisc releases, or I should say with a CD-Rom catalogue of the laserdiscs called Criterion Goes to the Movies.  The disc contained an impressive interactive encyclopedia of trailers, factoids and images.
And in 1994, it was absolutely mind-freakin’-blowing to watch these tiny little Quicktime videos on your computer.
Video.
On.
Your.
Computer.
It was a big deal, trust me. 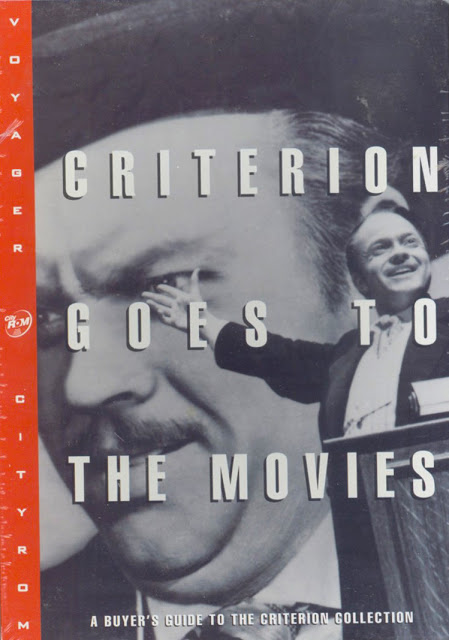 Hooked on the offerings, I would high-tail it over to my local video store to drool over their laserdisc selection, and eventually rent a player with a couple CC discs.  Ghostbusters, Close Encounters of the Third Kind, Halloween, RoboCop all letter-boxed and beautifully mastered with audio commentaries.  It would usually take 2 to 3 VHS cassettes for me to record all of this for later viewing.

Of course, now Criterion Collection is a mainstream performer in a dying physical DVD market.
You can buy them at Costco, for God’s sake.  You can watch them on Hulu.  You can rent them on iTunes.  You can buy them at Barnes and Noble from their still-hanging-in-there music and movies section.
But, the mass-distribution of Criterion is a good thing. The company’s ambitious slate continues to balance obscure indies and often ignored foreign films with American popular classics.
The collectors are a cult, sometimes new to studying the cinema’s past or they’re straight-up film geeks pre-ordering October’s titles directly from the website (hi, I’m one of them).
Spreading the Criterion gospel are Tweeps like @CriterionCorner and podcasters The Criterion Cast.  For years, fanatical dreamers take to Tumblr to create Fake Criterion covers, which by the way, TOYS, yes please! 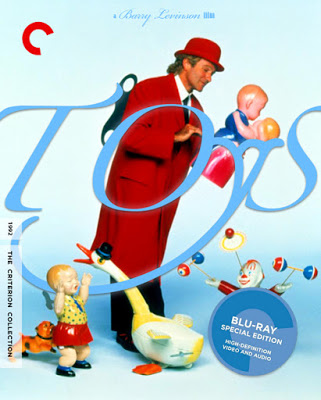 And then there are the Criterion haul and unboxing videos on YouTube.  This is where it gets gangsta…

Not all of the cult following has been organic.
The minions over at Criterion do an incredible job with social and content marketing.  New titles get showcased in fun “3 Reasons” viral videos, their blogging efforts over at criterion.com/explore reads like a film-student’s inner dialogue, and you can interact with other collectors by logging into your account.

Hey, speaking of which, here’s my collection.   Awwww, yeah.

Watch this column for additional coverage of all-things Criterion, and coverage of the camp that collects it.

In the early 1970s, a kung-fu dynamo named Bruce Lee side-kicked his way onto the screen and straight into pop-culture immortality. With his magnetic...