If you’re tired of being comforted by the predictability of most mainstream movies and are looking for a way to feel completely horrible inside, then you might be up for a challenging week filled with 10 of the most WTF movies to ever be given the green light.

And when I say that these movies will push the boundaries of your moral center, I am not kidding even a little bit. Seriously, you might want to keep your therapist on speed dial…you have a therapist right? It’s not just me?

(note: this list was compiled with the help of Josh Brown, a film freak who can not only freely name just about every movie ever made, he knows the exact ones that will make you sob because your soul has been murdered) 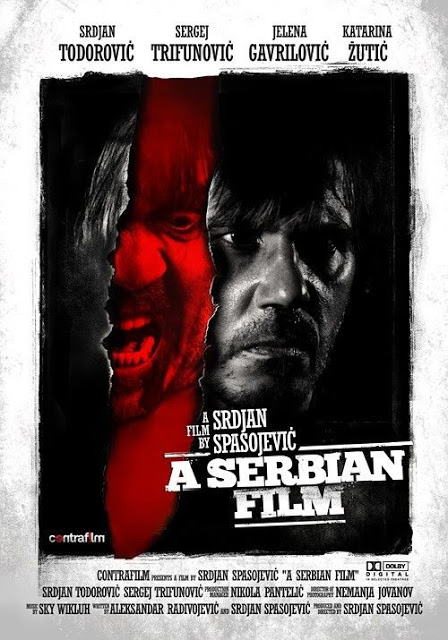 This doesn’t end well for anyone.

(Just in case you think that this doesn’t sound horrifying enough for you, you should probably know that Josh’s son Logan, who happens to be an FC3/E4  in the Navy, showed this to his fellow crewmen and none of them were able to sleep…have fun). 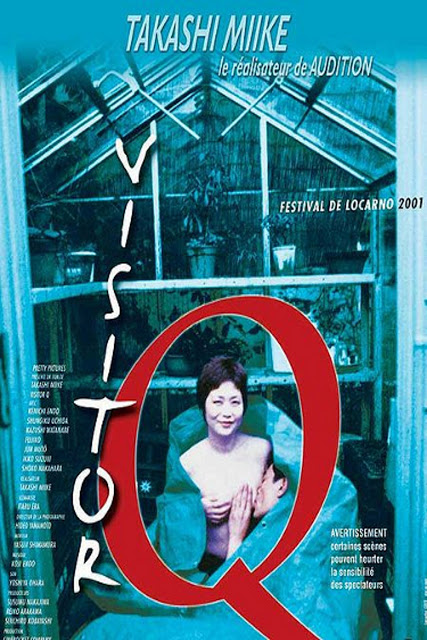 A visitor goes to the home of the world’s most fucked up family and proceeds to change their lives by…oh god, I don’t know, you kind of have to watch the movie.

Afterward, let’s just say that you will be eternally grateful that your own family simply belittles your life choices rather than try and degrade your humanity during Thanksgiving Dinner…hell, it might even make all your mother’s annoying traits look positively adorable.

Or, it will make you fear the family get-togethers even more…tread lightly people.

To really appreciate the fucked-up-ness of director Harmony Korine you kind of have to see these three movies together.

Here’s a breakdown of each:

Gummo (his directorial debut) is filled with the kind of characters you’d expect to see in a mental health facility, instead they are running around killing cats, sniffing glue, detecting breast cancer through boob fondling and ruining Roy Orbison’s song “Crying” in a small town in Ohio…its pretty much a character study of the U.S. after a Donald Trump presidential win.

Julien Donkey-Boy is another entry into the fucked up family category which includes Werner Herzog in the father role, Chole Sevigny as his sister Pearl (who may or may not be pregnant by Ewen Bremner’s Julien) and a brother (played by Evan Neumann) whose dream is to be a wrestler.

Doesn’t sound like much, I realize but you haven’t been yelled at by Werner Herzog have you?

Trash Humpers is well, an exercise in freakiness in which a trio of elderly people do incredibly antisocial things. And by antisocial, I mean ANTISOCIAL…I think the title kinda says it all.

Don’t watch with your grandparents. 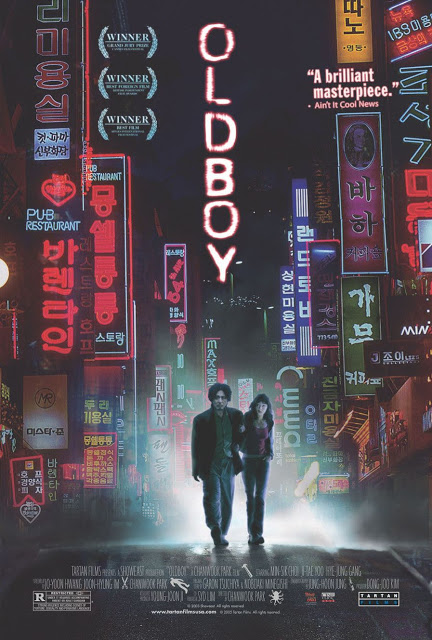 You may have seen the 2013 remake starring Josh Brolin but you really haven’t seen Oldboy until you watch the original one and have your ass handled to you in the form of gory revenge.

The story goes like this: guy gets locked into a room for 15 years and then released, goes on a rampage of epic proportions and finds out things that would have a normal person wish that they could have remained locked in a room forever. 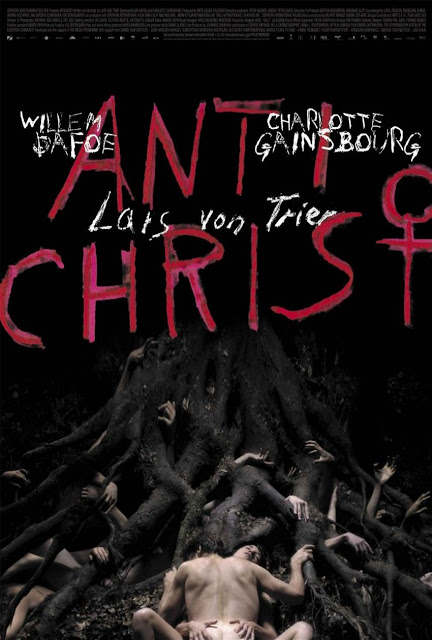 Marriage is a difficult (albeit, awesome) proposition. The fact that two personalities come together and decide to occupy the same space for eternity makes for some interesting dramatic interludes, which is probably why so many movies are made about the destruction of this particular union rather than the happiness you can find binding your nether regions with the same damn person year in and year out.

It also co-stars Willem Dafoe, which makes the movie just that much creepier.

If you’re single it will solidify your desire to remain so and if you’re married, well, I would sleep with one eye open and hoarding a lot of wrenches under your pillow…if you watch the movie you’ll understand why. 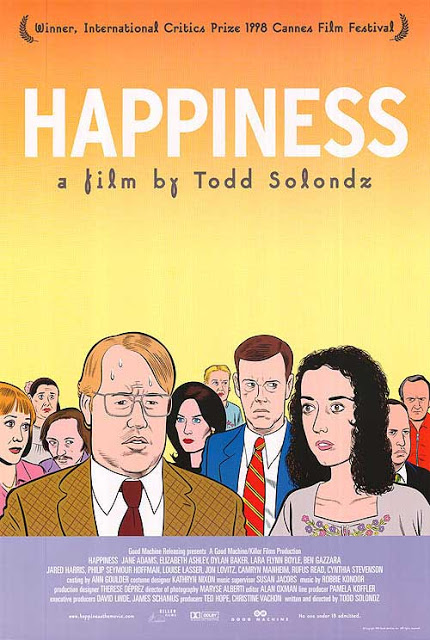 Director Todd Solondz (Welcome to the Dollhouse) takes on the emotion that is most elusive to the human species, happiness, and goes to great lengths to make sure that you walk away from this movie not only completely UNHAPPY but also wishing that you could stay in a hot shower until your skin peels off leaving you clean and pure.

If you’d like to spend a couple of hours learning how to destroy children’s innocence and witnessing the emotional fecund swamp that is humanity, then this is the movie for you.

Also, the saving grace of being hip deep in the wtf of Happiness are the performances by Jane Adams (Hung), Dylan Baker (Trick ‘R Treat), Phillip Seymour Hoffman (The Savages) and Lara Flynn Boyle (Twin Peaks) who somehow manage to remain somewhat endearing despite their severely creepy characters.

Eraserhead is a classic wtf movie filled with Lynchian imagery and plenty of huh? moments that will have you scratching your head in response, although you will, when questioned on your opinion of it, tell people that you enjoyed the deeper themes of desire and repulsion just so you won’t seem stupid in front of cinephiles.

No one knows why that happens but most attribute it to the fact that watching Eraserhead makes your brain die a little bit which, in return, suffocates all reason. 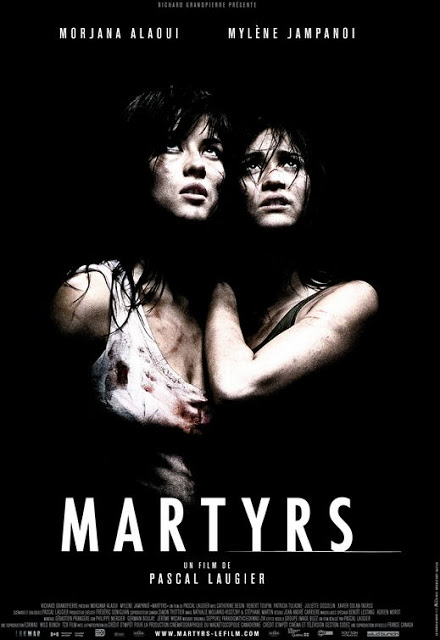 There’s been quite a few kidnap films in recent years that depict victims escaping from their chambers and returning to exact revenge upon the perpetrators, but the true winner of that category is Martyrs hands down.

An incredibly bloody, violent, revenge story filled with the kind of scenes that would make Faces of Death weep in fear and have you hiding your face behind a pillow so many times that your cheeks will be fabric burned by your pillow case.

Oh, there’s a weirdly religious underscore to this movie as well so feel free to skip the church/temple/witches alter/humanist get together after watching this. 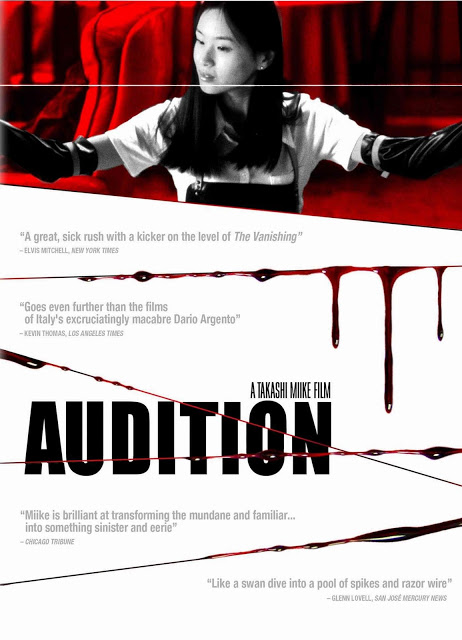 Think of Audition as the Japanese version of Fatal Attraction…only minus the cheating (the main character is a widower) and with a lot more dismemberment. And while Glenn Close might have scared many a man from the prospect of putting his who-ha into a lady’s squeeze box without first finding out said lady’s mental health, the story of poor Shighary Aoyama and crazy psycho bitch Asami Yamazaki will make you men “…shrivel up like a pack of dimes” if I may quote George Carlin.

Yep, this is one movie you do not want to put on for date night…unless, of course, you really want it to be the LAST date night ever. 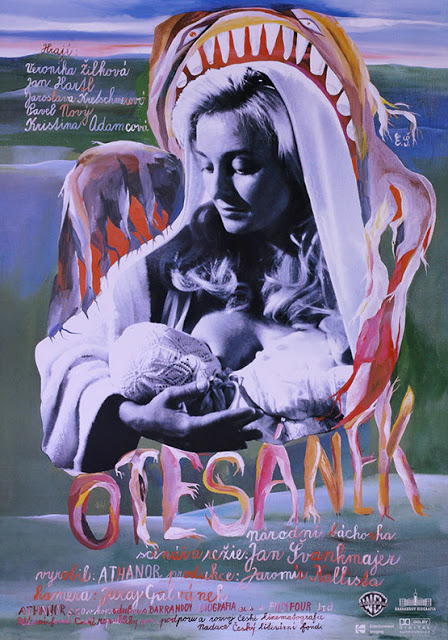 A couple can’t have a baby so they make due with a tree limb…that kind of comes alive and likes to eat hair…among other things.

Live action and stop motion make this re-telling of a Czech folktale both WTF and oddly beautiful…if you don’t mind your flora becoming sentient and hungry.