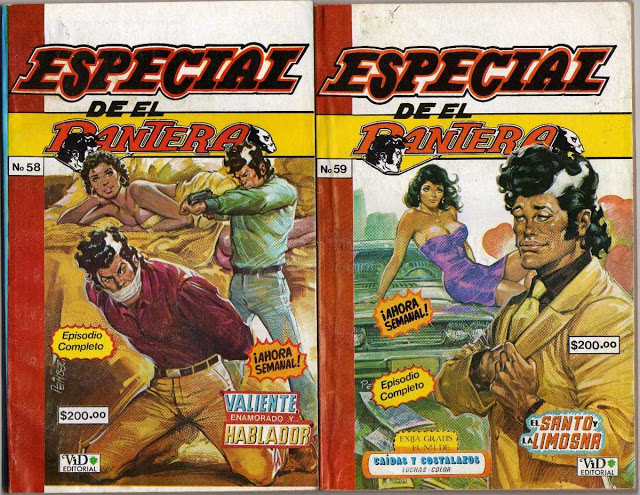 Based on the popular 1970s Mexican comic book and hit Spanish language TV series adapted by Televisa, “El Pantera” is a vigilante crime drama set in a fictional metropolis on the U.S. Mexico Border. When a young officer is appointed Head of Police, he only has one request: He asks that his friend, who was wrongfully imprisoned, be set free. Under the guise of his rumored death, the two create ‘El Pantera’ to rid the city of the Mexican mob. Warren Ellis is set to adapt the comic with Gale Anne Hurd’s Valhalla Entertainment attached to produce and Televisa USA to co-produce with UCP.

UCP is also developing the award-winning cult British film, “The Machine” into a scripted series for Syfy with the film’s Caradog James (“Little White Lies”) set to write the script and John Giwa-Amu (“The Silent Storm”) to produce. The story follows a brilliant computer programmer, desperate to save his terminally ill daughter, who creates the first-ever piece of self-aware artificial intelligence. But things go terribly wrong when the technology, designed to help injured soldiers, is hijacked by the government and used to create the ultimate robotic weapon. “The Machine” will follow multiple storylines as it takes a broad view of cutting edge scientific breakthroughs in genetic engineering, trans-humanism, and artificial intelligence. 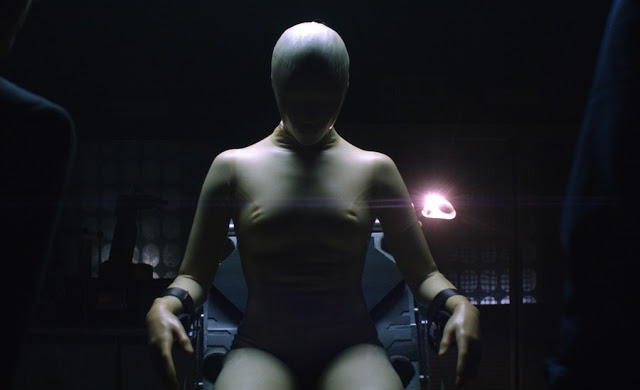 Additionally, the studio has recently optioned the critically acclaimed comic series “Kill Shakespeare”, created by Anthony Del Col and Conor McCreery, and released by IDW Publishing (“Orphan Black”, “Locke & Key”). This dark take on Shakespeare – which has also spawned a stage production and board game – pits his greatest heroes (Hamlet, Juliet, Othello, Falstaff) against his most menacing villains (Richard III, Lady Macbeth, Iago) in an epic adventure to find and kill – or save – a reclusive wizard named William Shakespeare. Anthony Del Col and Conor McCreery are set to write.

“These projects speak to UCP’s continued commitment to genre and aligning with the best talent in the business. Warren Ellis and Gale Anne Hurd are a genre dream team – ideal visionaries to adapt Mexico’s iconic comic ‘El Pantera’,” said Dawn Olmstead, Executive Vice President of Development, Universal Cable Productions. “Comic-Con has been fertile ground for mining great content – it was there five years ago that I first heard about ‘Kill Shakespeare’ and have been chasing it since. They had me at a love triangle between Romeo, Juliet and Hamlet. Set in a world where all of Shakespeare’s villains are seeking to find their creator and destroy him, is well, very Shakespearian. ‘The Machine’ is a profound story that allows us to explore a poignant and unique relationship between science fiction and humanity.”

UCP also announced this week a first-look production deal with legendary comic book publisher, Dark Horse Entertainment (“The Mask”, “Hellboy”) focused on developing and producing scripted programming from their extensive comic book library as well as new material. Initial discussions that began at last year’s Comic-Con have yielded multiple television projects with direct involvement from the comics creators – among them: “Harrow County”, based on the comic written by Cullen Bunn (“The Damned”, “The Sixth Gun”) and illustrated by Tyler Crook (“Bad Blood”); “The Umbrella Academy” created by Gerard Way (lead singer of “My Chemical Romance”, and writer of “The True Lives of the Fabulous Killjoys”) and Gabriel Ba (Daytripper); and “Concrete” from Eisner award-winning comics legend Paul Chadwick.

Other notable genre projects in UCP’s development pipeline include: for Syfy: “Channel Zero”, a horror anthology series from Nick Antosca (“Hannibal”, “Friday the 13th”) set to write the script, and Max Landis (“Chronicle”, “American Ultra”) set to produce. The first season will be based on “Candle Cove” by Kris Straub, a story that originates from the user-generated internet horror phenomenon known as creepypasta; “Brave New World”, based on the classic novel by Aldous Huxley (“Ape and Essence”) published in 1932 with Les Bohem (“The Alamo”) set to write, and Amblin (“Jurassic World”) attached to produce; “Hyperion”, based on the Hugo Award-winning science fiction novels that form “The Hyperion Cantos” by writer Dan Simmons (“Summer of the Night”) with Bradley Cooper (Executive producer and actor in “American Hustle” and “Silver Linings Playbook”), Graham Kin (“Space Truckers”), and Todd Phillips (The Hangover”, “Project X”) attached to executive produce and Itamar Moses to write the script and serve as co-executive producer.

11:00AM – Indigo Room at the Hilton Bayfront Hotel

Spotlight on Lev Grossman: Author of The Magicians, adapted into a 2016 Syfy series from Universal Cable Productions. Expected to appear is Lev Grossman with moderators Sera Gamble and John McNamara, executive producers of the “The Magicians” TV series.