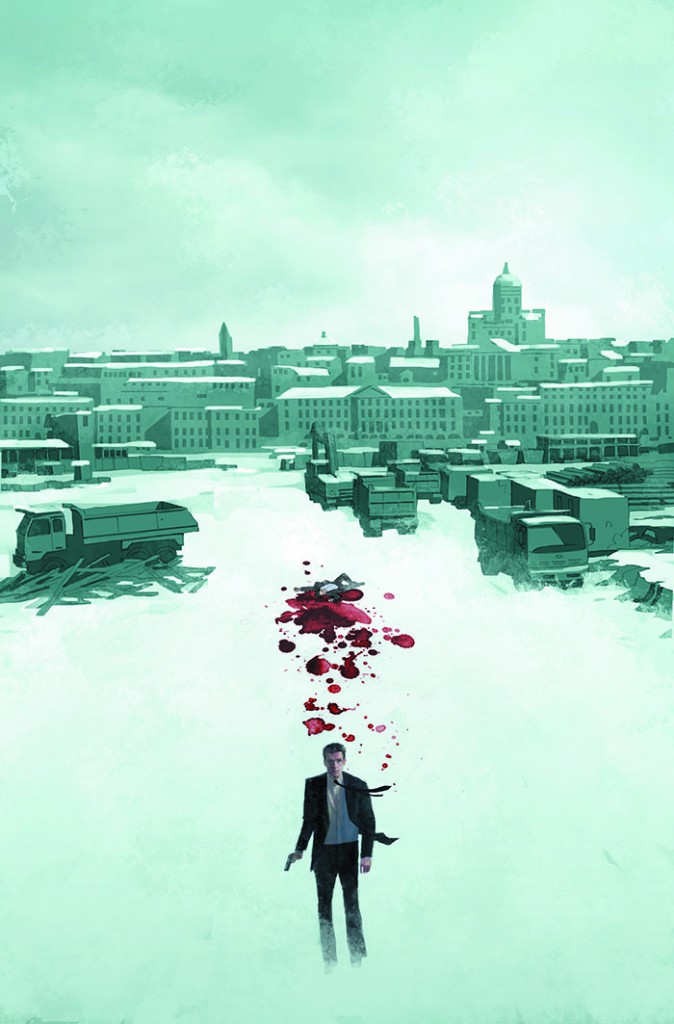 Dynamite proudly announces that fan-favorite author Warren Ellis will be writing the James Bond 007 ongoing comic book series, the first to appear in over two decades. James Bond 007 is scheduled for release in November 2015, featuring interior artwork by Jason Masters (Batman Incorporated, Guardians of the Galaxy).

The news of the high-profile author’s involvement with the James Bond 007 series follows Dynamite’s announcement of their partnership with Ian Fleming Publications Ltd. (IFPL), the Fleming-family company that owns and administers the literary copyright of Ian Fleming’s published works, including his fourteen James Bond books. Under their agreement, Dynamite has been granted worldwide rights to publish comic books, digital comics, and graphic novels starring 007. Launching their James Bond 007 line with a writer of exemplary skill and reputation has been a priority for Dynamite, and Warren Ellis’ stewardship will guarantee a debut story with all the hallmarks of high-octane action and international intrigue that exemplify the franchise.

“Ian Fleming’s James Bond is an icon, and it’s a delight to tell visual narratives with the original, brutal, damaged Bond of the books,” says Warren Ellis.

The first six-issue story arc in the James Bond 007 comic book series will be entitled “VARGR.” James Bond returns to London after a mission of vengeance in Helsinki, to take up the workload of a fallen 00 agent… but something evil is moving through the back streets of the city, and sinister plans are being laid for Bond in Berlin. 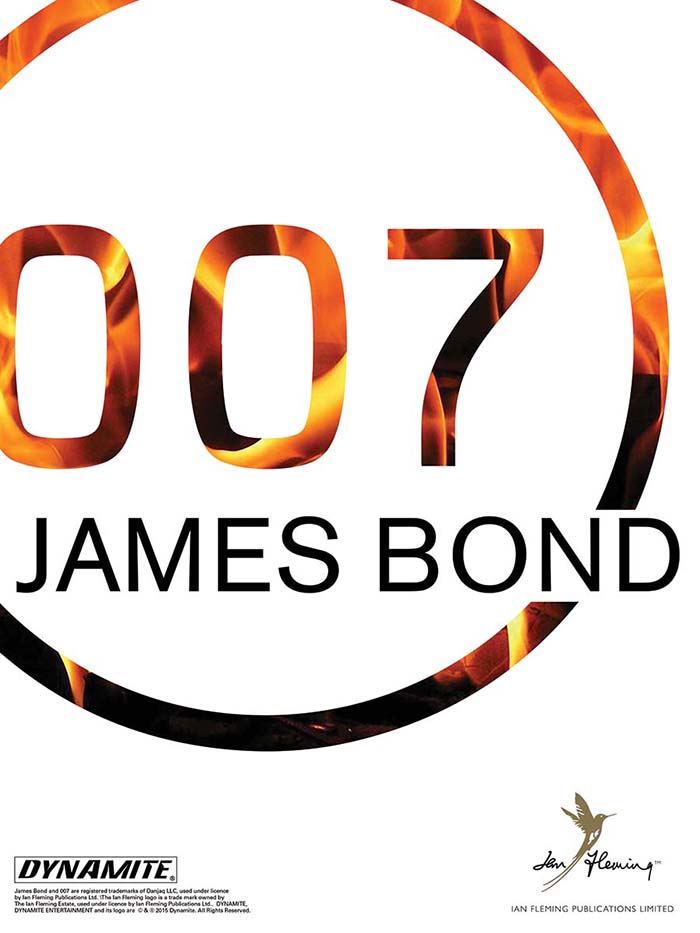 Great-nephew of Ian Fleming, Diggory Laycock says, “We were thrilled when Warren agreed to write the first story in this exciting new chapter of literary James Bond. Warren’s style is gritty, dark and unique and we can’t wait to see James Bond embroiled in an adventure of his creation.”

“Warren Ellis is one of the most brilliant writers of the 21st century, not just in comics but across all media,” says Nick Barrucci, CEO and Publisher of Dynamite Entertainment. “When we approached him for the launch, we hoped he could make time in his very busy schedule, and we are ever fortunate and thankful that he was able to. We met with Warren and the everyone at IFPL, and Warren’s passion for the novels showed. He really is the perfect writer for Bond, and I can’t express how excited we are that Warren is tackling the ongoing series. This will be James Bond unlike anything you’ve ever seen before, true to Ian Fleming’s source material yet bursting all preconceptions of what a Bond story should be.”

Senior Editor Joseph Rybandt says, “I’ve long been a fan of Warren, going back to his earliest works including Lazarus Churchyard when it was first published, and pairing his creative mind with the iconic James Bond will make it the most talked about and exciting comic of 2015.”

“We have the extraordinary opportunity to create the very best James Bond stories that you’ve never read, and we have one of the most extraordinary contemporary adventure writers in the world to launch with,” says Editor Mike Lake. “After more than 40 years in the business, this is the best project I’ve ever had a hand in, and am very proud to have helped bring it about.”

“I’ve wanted to draw something Warren Ellis wrote since I first read his work on The Authority,” says artist Jason Masters. “Each of his carefully composed pages is filled with wonderful ideas that make you wish you were smarter. More ingenious than Warren’s writing might be Dynamite’s decision to have him write James Bond. James Bond by Warren Ellis! I’d buy that sight unseen if I wasn’t lucky enough to be the guy drawing it.”

Warren Ellis is an author, graphic novelist, columnist, and public speaker whose published works have been made into successful films, won multiple awards, and landed on bestseller lists. His novels include the New York Times bestselling Gun Machine and Crooked Little Vein, which Joss Whedon (creator of Buffy the Vampire Slayer) described as “funny, inventive, and blithely appalling… (it’s) Dante on paint fumes.” His graphic novel Global Frequency is being developed for television by Jerry Bruckheimer and Fox. His graphic novel Red was adapted into the film starring Bruce Willis and Helen Mirren, and key elements from his work on Marvel’s Iron Man comic book have served as the basis for the wildly popular film series. Ellis’ extensive comic book writing includes Secret Avengers, Thunderbolts, Transmetropolitan, Moon Knight, Hellblazer, Planetary, and The Authority.