Based on the acclaimed memoir One Train Later by rock guitarist Andy Summers, Can’t Stand Losing You: Surviving the Police follows Summers’ journey from his early days in the psychedelic ‘60s music scene, when he played with The Animals, to chance encounters with drummer Stewart Copeland and bassist Sting, which led to the formation of a new wave trio, The Police.

During the band’s phenomenal rise and its dissolution at the height of their popularity in the mid-80s, Summers captured history with his candid photographs.

Utilizing rare archival footage and insights from the guitarist’s side of the stage, Can’t Stand Losing You: Surviving the Police brings together past and present as the band members reunite, more than two decades later, for a global reunion tour in 2007.

And we’re giving away Blu-rays to 3 lucky Forces of Geek readers! 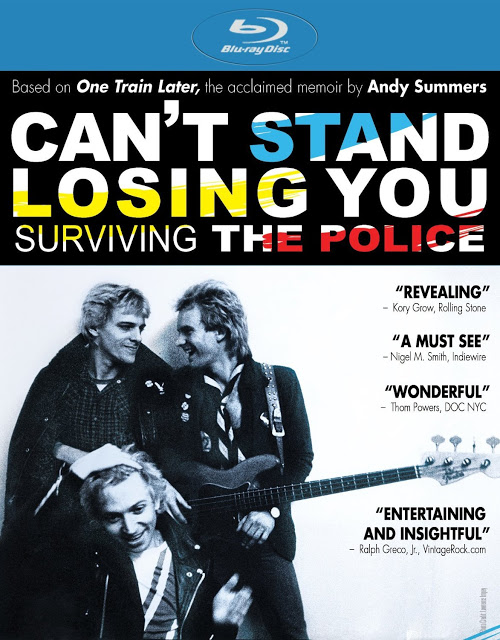 To enter, please send an email with the subject header “THE POLICE” to geekcontest @ gmail dot com and answer the following:

What year did The Police release their first album, Outlandos d’Amour?