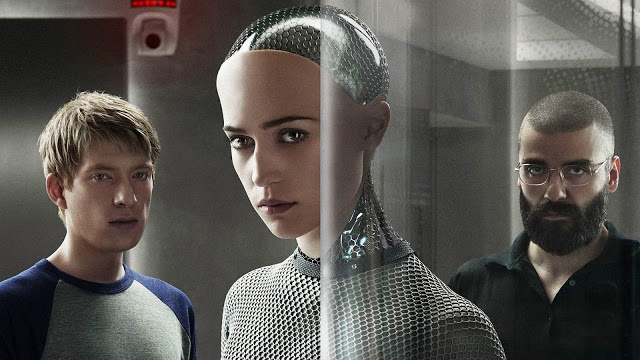 After winning a competition to spend a week at the mountain estate of his company’s brilliant CEO (Isaac), programmer Caleb (Gleeson) arrives to discover he has been chosen to take part in a study of artificial intelligence. Sworn to secrecy and cut off from the outside world, Caleb meets his subject, a beguiling and seductive android (Vikander)—and is plunged into an A.I. experiment beyond his wildest dreams in this epic thriller charged with heart-stopping suspense.

The Blu-ray and DVD are packed with spellbinding extras including an in-depth behind-the-scenes featurette that examines the story development, the cast and characters, the production design, cinematography and location shooting in Norway, costumes and makeup and finally, visual effects along with a wrap-up. The discs also contain a Q&A with cast and crew from SXSW and eight vignettes. 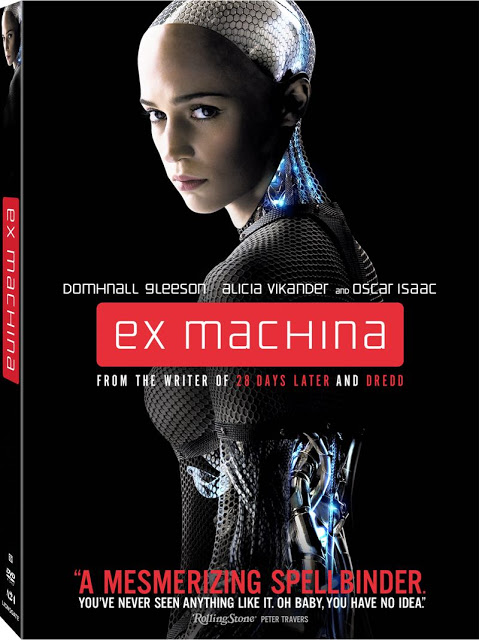 To enter, please send an email with the subject header “EX MACHINA” to geekcontest @ gmail dot com and answer the following:

In the upcoming Star Wars Episode VII: The Force Awakens, what is the name of Oscar Issacs’ character?