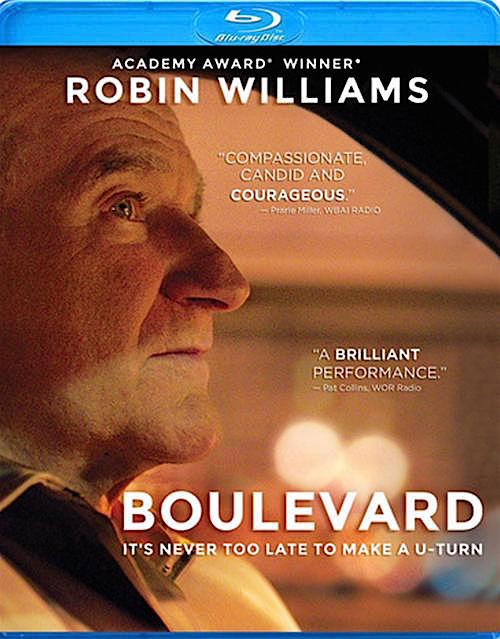 BOULEVARD follows married but closeted 60 year-old bank employee Nolan (Williams) whose spontaneous turn down an unknown street upends his monotonous life and crumbling marriage. After forming an uncommon friendship with a young, charismatic hustler, Nolan finds himself on a journey of self-discovery and must comfort the secrets he has kept hidden from his wife and himself. Nolan’s dramatic decision to rethink his own identity holds with it the promise of happiness and salvation for both he and his wife in this touching and inspiring film.

In his review Rex Reed of the New York Observer describes Robin Williams’ performance in BOULEVARD as “One of his most touching and nuanced performances”. He declares BOULEVARD “required viewing”.

Starz Digital released BOULEVARD in theaters July 17, 2015. BOULEVARD has a running time of 88 minutes and is rated R for language and sexual content.

Exclusive extras not available on DVD/Blu-ray; will be accessible with the Digital HD version of BOULEVARD on iTunes. Special features include New York Film Critics Series Q&A with Kathy Baker, director Dito Montiel and more.