Star Trek stars past and present, including Nichelle Nichols and Walter Koenig, turned out at the Crest Theater in Los Angeles for the August 1 premiere of the fan-funded Star Trek: Renegades.

Nichols, who isn’t in Renegades but was there to support the franchise, told Forces of Geek, “It’s a pleasure being here.” She added she’d like to see another Star Trek series, “Because it’s the best thing that ever was on TV.” 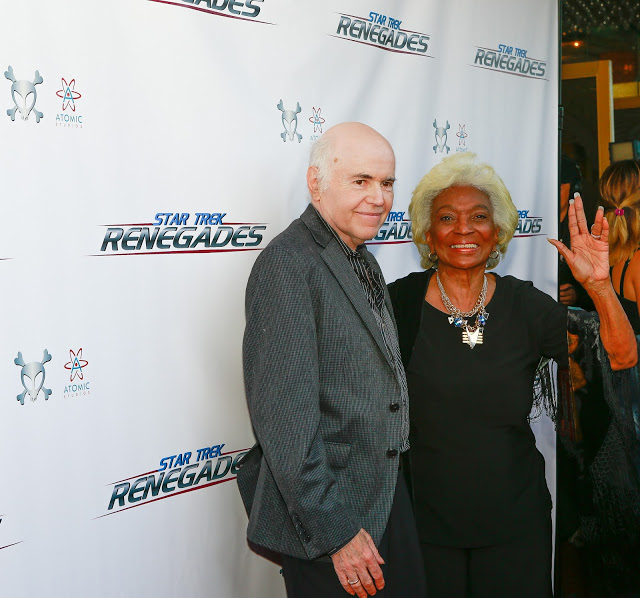 As for how often she sees Koenig (who didn’t stop to do interviews), she smiled, “I see him all the time. I just turn the TV on or I call him.”

Producer Sky Conway shared with the crowded theater that he’d met with Gene Roddenberry just days before the Star Trek creator died. “Three days before Gene passed away, he called up and asked Nichelle Nichols and I to say hello. Majel [Barrett] met us at the door and she wheeled in Gene. He had suffered numerous strokes. A long private conversation took place between Nichelle. He turned to me as we were walking out of the house and he said, ‘Keep my dream alive.’ So for me, after all these years, this is my way of fulfilling that promise. And I’m able to fulfill that promise tonight.”

Conway refers to Renegades as “The Dirty Dozen meets Star Trek” and Adrienne Wilkinson, who stars as Captain Lexxa Singh, told Forces of Geek, “It’s a new kind of Star Trek. It’s dark, it’s cool, it’s edgy.” She described her motley crew as “the wolfpack,” and said that they’re at each other’s throats as often as they are working together. 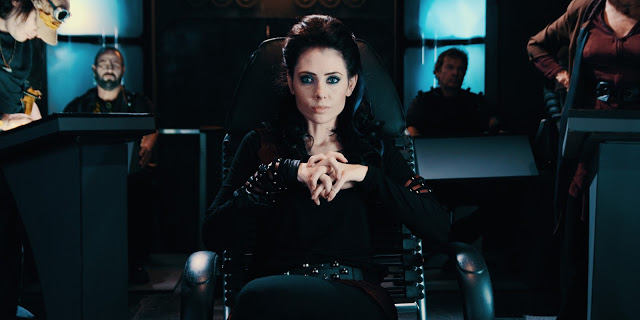 The storyline begins with Captain Singh being bailed out of prison by Commander Tuvok (Tim Russ) when the now-143-year-old Admiral Chekov (Koenig) has to investigate mysterious “accidents” outside of Starfleet command. It’s up to Singh’s Renegades to save the day.

Russ, who also directed, has been part of the Star Trek universe since 1995’s Star Trek: Voyager. He hopes Renegades will get a series greenlight, although that’s up to the powers that be at Paramount. 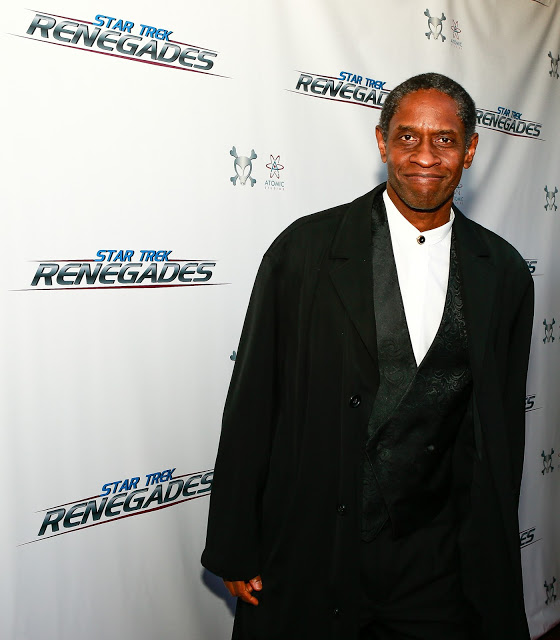 “There is preliminary interest in terms of it being the quality of show they can put on as a series, but it may be a year or so before we know more,” he told Forces of Geek at the premiere, adding, “It’s possible we may do a second episode. We’ll see.”

Renegades was funded by a combination of Kickstarter, Indiegogo and PayPal. “Those [franchises] that have a fanbase already probably have the best shot at getting funded,” Russ said. “We’re very fortunate to have that fanbase. This is the new world, this is how it’s happening.”

Vic Mignogna, who plays Captain Kirk in the fan-created web series Star Trek Continues, plays a Cardassian prisoner in Renegades. “We were looking for a character I could play that was a prosthetic-based character and it turned out the Cardassian was the way to do it.” Despite the long hours in the makeup chair, Mignogna said he’d do it again “in a heartbeat…. But now I have new respect for people who do this everyday for seven or eight years.” 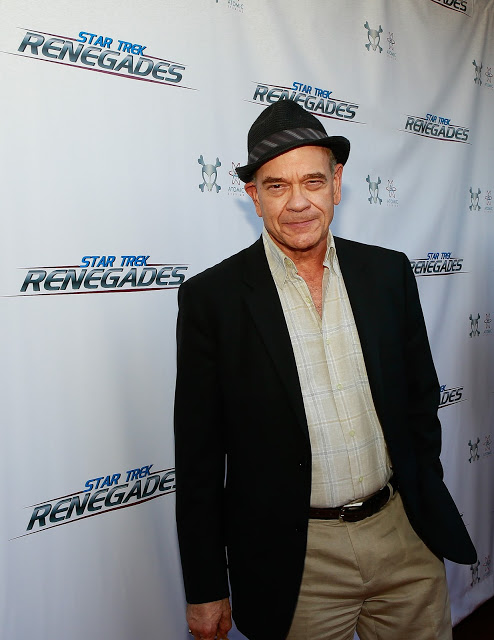 As he explained, “I don’t play The Doctor in the movie, I play the engineer who created the program. So I didn’t have to do a cheesy explanation as to why I’ve aged 20 years. But its creator could easily have aged, just like anyone else.” The highlight of the film for him: “I got to kiss Sean Young, which was on my bucket list. She’s not here tonight, but I hope she’ll see it.”

Wilkinson is among those hoping that Renegades becomes a series. “We don’t know yet, but we’re certainly hoping so. As you can see, we’ve had a lot of enthusiasm, so we’re very excited about it.”

Picardo speculated on why new Star Trek continues to appeal to new generations: “I think we need something to look forward to. We need that positive, hopeful vision of the future and Star Trek also deals with the great themes of human experience in a way that you can’t get in a typical contemporary narrative. So Star Trek has pleased its audience for a long time and continues to.The franchise is turning 50, but we still work very hard to satisfy our continuing fanbase.”