Tom Sniegoski’s not only one of the nicest guys in the world, but also among the most talented.

If you judge a man by the company he keeps, consider that Tom’s collaborators have included Jeff Smith, Mike Mignola, Christopher Golden, Eric Powell, and Frank Cho. Add to the fact that he’s written almost four dozen books (take that, J.D. Salinger!), it’s obvious that he’s a force to be reckoned with.

His latest book, The Raven’s Child, with collaborator Tom Brown is out tomorrow.

Tom (as seen above with his master, Kirby), took some time from writing to chat with us about the book, his upcoming project with Frank Cho and what pop culture he’s currently indulging in.

FOG!: What was the genesis of The Raven’s Child?

Tom Sniegoski: The Raven’s Child was an idea that’s been kicking around inside my cobwebbed brain for at least twenty years. Originally it had been called The Cimmerian, and there had actually been some comic book attempts with it at a few of the smaller, independent companies, but it never really had a chance to blossom.

When the title changed to The Raven’s Child, it really seemed to become more clear as a story to me. I struggled for quite some time with the idea of turning it into a novel, or keeping it as a comic series/graphic novel. I’m REALLY glad the graphic novel won out. 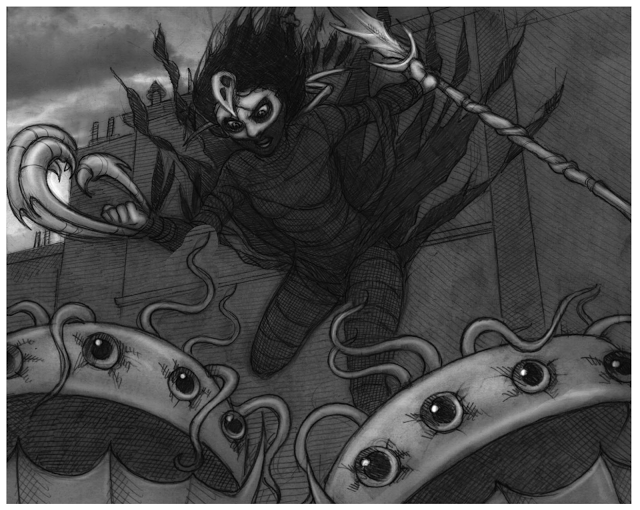 This is your first OGN/comic work that hasn’t been published through a comic book publisher. Was the writing experience any different?

Not really. My editor over at Penguin InkLit was a guy named Rich Johnson, who had worked in comic book publishing for years. He was really amazing, and knew exactly all the right things to make this project work. It was a pretty bump free experience.

How did you wind up working with Tom Brown, who illustrated The Raven’s Child?

Funny story. I stumbled across Tom’s work on the internet years ago (he and his lovely wife do a series on the internet called Hopeless Maine–it’s freaking incredible!) and made a pledge to myself that he and I were going to work on something together if it killed me. This was the one project that really stuck for me, and Tom. 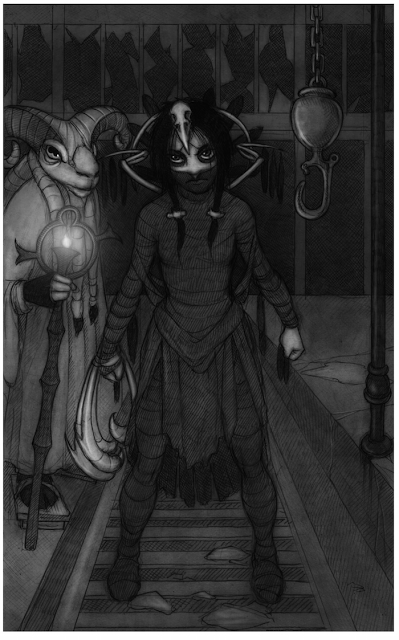 We’d put a proposal package together at least six years ago, but nobody ever bit. They said it was too dark, and creepy. No crap! HA! That’s what the story is . . . and I couldn’t see softening it just to make a few editors happy.

When Rich saw the art, and heard the story idea, he immediately knew what we were planning and thankfully gave us the chance.

In addition to standalone novels and comics, you’ve also written several series. Do you have any plans or interest to bring any of those properties to comics?

I’ve had a few publishers ask me, and it’s most definitely something that I’m thinking about. I would LOVE to do some original comic stuff with the world, and characters I’ve created for my The Fallen series. I bet that would be a real blast. Guess we’ll just have to see if anybody approaches me about it. I’d love to consider it.

The Raven’s Child ends with the potential for further stories. Are there other volumes planned?

There are definitely more stories there if we want. Personally I’d love to play in that universe again, and hopefully Tom feels that same. I guess we’ll just have to see how people respond to the book. But yeah, I’d love to do more Raven’s Child stuff.

This summer at San Diego Comic-Con, World of Payne by yourself and Frank Cho was officially announced. What can you tell us about it?

World of Payne is something that I’m super excited about. The project is this cool blending of graphic novel and novel storytelling . . . 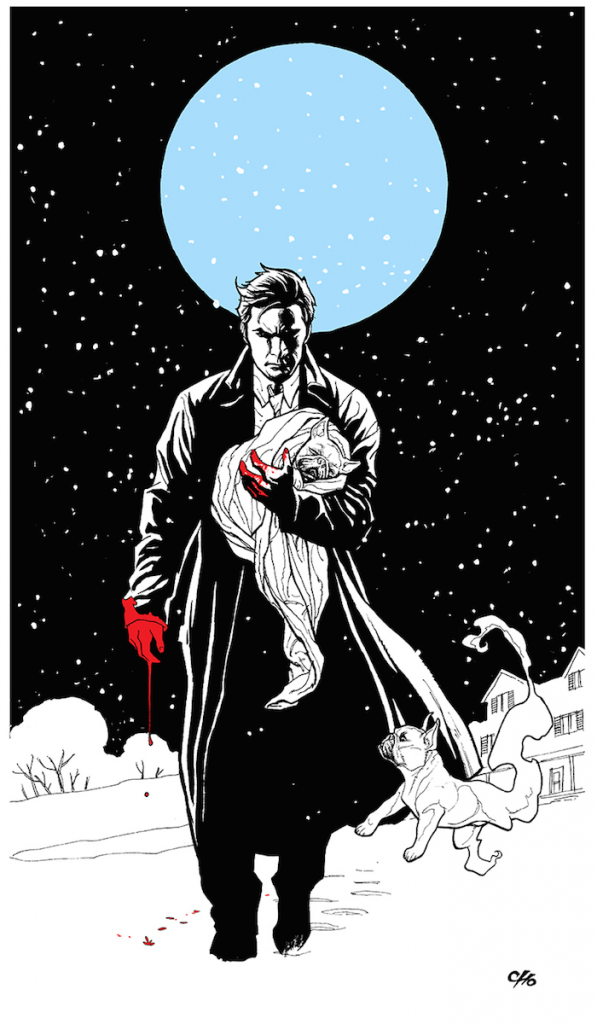 For example, there will be entire sections of the book that will be written in prose style, but slowly, gradually illustrations will be introduced and before you know it you’ll be in this amazing section of the story that’s being told completely in comic book style . . .and then, slowly (or not) we’ll return to the prose style of writing until it begins again. 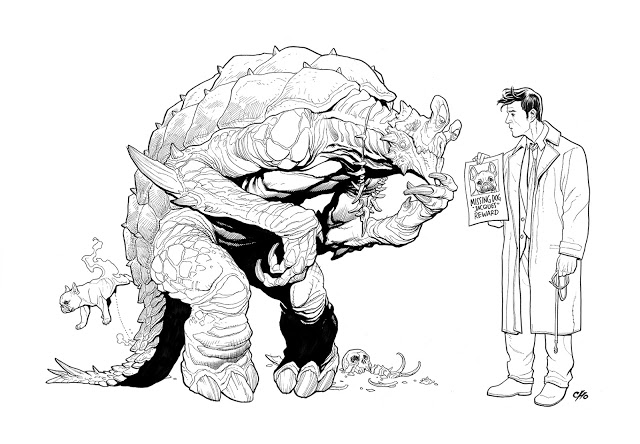 I think it’s a really unique way of telling a story that plays both to my, and Frank’s strengths.

If it looks half as cool as it does in my head this thing is going to be killer.

What other upcoming projects are in the queue?

Right now I’m writing the first in a three book series for Penguin Random House called, The Demonists. And then I’m writing a book with Mike Mignola for Saint Martin’s called Grim Death & Bill The Electrocuted Criminal. That one is going to be insane.

Oh man, I’m always geeking out about something. Let’s hit all of the categories then . . .

Movies – Thought Ant-Man was a blast. Jurassic World was stupid fun. Mad Max: Fury Road was insane! Looking forward to the new Mission: Impossible flick, and despite all the bitching from fan boys, I’m pretty psyched about Batman V Superman.

Music – Been listening to lots of soundtrack when I write. Soundtracks for The Leftovers, Fargo, Mad Max: Fury Road and the Hannibal TV series have been in constant rotation. Love me some Mark Knopfler, Brandi Carlile and Of Monsters and Men.

TV – Waiting for the new season of Doctor Who. Digging The Strain. Madly in love with Penny Dreadful and Hannibal. Disappointed with season 2 of True Detective.

The Raven’s Child is available tomorrow in bookstores and via e-tailers
For more details visit Sniegoski.com and follow on Twitter @TomSniegoski