I was both a little excited and hesitant to interview Ross Katz, director of Adult Beginners.  Not only is he one of the most accomplished filmmakers working today, having established himself as an in-demand producer working on such projects as Marie Antoinette, Lost in Translation, The Laramie Project and In the Bedroom, but also he parlayed his success into writing, directing and producing the HBO film Taking Chance with star Kevin Bacon, which was nominated for a number of awards, with Katz winning a WGA, DGA, and a Humanitas Prize.

Adult Beginners is the first time that Katz has directed without having his hand in the project as a producer and the film follows narcissistic entrepreneur Jake (Nick Kroll), who crashes and burns on the eve of his company’s big launch. With his entire life in total disarray, he leaves Manhattan to move in with his estranged pregnant sister, Justine (Rose Byrne), brother-in-law Danny (Bobby Cannavale) and 3-year-old nephew in the suburbs – only to become their nanny.

As for why I was hesitant to interview Ross?

We went to college together and I was a little nervous going into this before I had seen the film. What if I hated it?  Fortunately, I loved the film and heartily recommend it.

Ross took some time out of his schedule (he’s currently in post production on his next film, The Choice, based on the book by Nicholas Sparks), to discuss Adult Beginners and filmmaking in general.

FOG!: You’ve been an extremely successful producer, been nominated for Oscars, Emmys, won a DGA award for your directorial debut, the HBO film, Taking Chance. What made Adult Beginners so appealing?

Ross Katz: Well, I made the transition from producing to directing and writing in 2009, and Taking Chance was my first movie has a writer and a director, and it was an unbelievable experience.

Kevin Bacon was my partner all the way and it was also emotionally grueling because a very somber piece. It’s very tough to live in that headspace for two years and I thought after that I want to take a radical left turn.  People kept sending me heavy dramas and I wanted to do a comedy.  My agents and my managers were like it’s a tough sell, you show people Taking Chance and they go, “this is not funny”, but thankfully I got the script for Adult Beginners from Nick Kroll’s agent and I read it and fell madly in love with it.   I said to (producer) Mark Duplass and Nick, “my movie is not funny, but I am,” and thankfully they believed me.

Stepping into this project as the director with the three leads already cast and a script in place, was there more pressure to make this “your movie” as opposed to having the responsibility of having to oversee hundreds of decisions?

No, it was the same pressure that I have had on all three movies now. which is I don’t feel like, “Oh, I have to make this mine.”  I just don’t look at it that way,

Anything that I do has a lot of me in it. I had previously worked with Rose Byrne as a producer, she was in Marie Antoinette and I loved her then, so to return to working with her as a director was great.  I have always been a fan of  Bobby Cannavale and Nick Kroll, but there was a lot of casting to do. We got this fabulous supporting cast of Jane Krakowski, Joel McHale, Josh Charles, Julie White and Bobby Moynihan.  It was crazy that we got these folks to come in for a day or a day and half.

I had a conversation with Mark Duplass and I said, I appreciate  as an audience member “shakey, low light, indie, handheld camera”, but it’s not my aesthetic; but I know you have a limited budget and limited time, but the film needs to be lit beautifully, and have well thought out dolly moves.  It’s just my aesthetic and that was very appealing to Mark and to Nick Kroll (who is also a producer of the project and came up with the idea).

It was a 22-day schedule in the dead of winter in New York, a horrific winter,  and you know the challenge was to be able to apply my aesthetic to that kind of time limitation and budgetary limitation, so I’m really proud of the way it came out.

Jay and Mark Duplass were two of the producers of the project and this week Wired Magazine said, “(they) are famous for reverse-engineering a movie to fit the available props, scenery, and actors.” As a filmmaker and as a producer, what did you learn from them?

Well I worked primarily with Mark, and I can’t tell you, as a director, how good it is to have a supporter like that as one of your producers. Mark is, oh-so incredible.

Mark is a filmmaker’s filmmaker. It’s not that he’s easy, it’s not that he’s a pushover, it’s that he speaks the language, and he was very supportive of me. He was so supportive of a guy that had made a serious award-winning drama but had never done a comedy. I would call Mark to talk things through with him and Mark was in the middle of making Togetherness, and finishing a movie, but he always had time for me and he always supported me and I just thought, “that’s great producing”.

I loved the film and what i liked is that it’s simple. It’s a small movie. It’s about people who are going through life. they make mistakes. they aren’t always nice. but they have a conscience. And hopefully, they’re slightly better at the end. Your next film is The Choice, which is a studio produced Nicholas Sparks movie. Are these kinds of movies, non big budget tentpole films harder to make? Do you think a studio would make The Choice if it originated as a script rather than coming from an established name like Nicholas Sparks?

I don’t know the answer to that.

The Choice is definitely not a small indie. It’s my first studio film and I have had an amazing experience making it.

I have got these three extraordinary leads: Tom Wilkinson, who, you know, it doesn’t get much better than getting to direct Tom Wilkinson.  I had worked with him on In the Bedroom as producer.  And Benjamin Walker and Teresa Palmer.

I was nervous and Lionsgate is a great place to work; it’s a creative, smart, caring, compassionate environment; it’s really interesting. I don’t aspire to be an indie guy, I just want to make movies. People ask me a lot, “well, do you consider yourself an independent producer?”

My agent called me said, “you have to drop everything and read this.”

I read it and I was blown away and then I went after it really hard.

What I find is that I now I’ve made three films as a director and they’re all really different.  The first (Taking Chance) is a very human elegiac drama; the second (Adult Beginners) is a comedy with some drama and the third (The Choice), is a small little love story and I love that.

Although I worked really hard,  I was very lucky.   I was a grip on Reservoir Dogs with Quentin Tarantino, I was a runner and a PA for Sydney Pollack for three years, then I worked with Ang Lee, and watching these guys work was an inspiration.  I used to say to Sydney, “how do you make The Way We Were on the one hand and Three Days of The Condor on the other hand?”

And he said ” I’m just interested in different stuff.”

Ang, who I just think is one of our greatest living filmmaker and kindest human beings, he makes Brokeback Mountain, but also makes Crouching Tiger Hidden Dragon, Life of Pi and Eat Drink Man Woman. I don’t want to be like, “I really only do this,” or “I really only do that.” I’m drawn to many kinds of films.

Is there a dream project?

There are a few dream projects.

There is one that is in the process right now of working with an extraordinary actor and I can’t say anything else about it, but we’re in discussion with several financiers, and it’s a dream project for sure.

I really enjoy working for smart studios, so I would like to do bigger movies, medium size movies as well and I like to just keep challenging myself.  All three of these movies are very, very different, but a friend of my that has seen all three said to me, “they all feel like you made them.”

And he is like, “yes, because I know you so well, the music, the feel, it’s all very much you.”

I just want to keep making movies.  I loved producing; it was great and thrilling, really exciting stuff happened,  but I was kind of thinking about it a lot and I had really suppressed that I wanted to be a director.  I sort of  pushed it away, whether it was lack of confidence or I didn’t find the right project, when I finally said to myself that if I don’t do this, I’m going to look in the rear-view mirror and I’m going to be filled with regret.  Even if I fail, I’ve got to try.

And now I’m finishing my third film as an director and I can’t even tell you how much I love directing.  It’s the greatest. I like writing too, but it’s more solitary and doesn’t have the adrenaline of shooting where you just have got to figure it out.

Do you think you’re done as a producer in terms of “just being a producer”?

No, I’m actually doing a project with Peter Safran which I’m producing.  He produced The Choice, The Conjuring and also Annabelle, and he has brought me on a project as a producer and it’s great. As a director, it’s just 24/7 on one story, one world, but this gives me the ability to branch out a little bit and produce or executive produce things that I’m really passionate about.  Peter happened to give me a script that I’m really passionate about, and I wanted to be a part of getting it made; but it’s not something I want to direct and he was like, “Well I want you to produce it with me…” and I agreed.  So for the first time since starting Taking Chance I’m actually taking on some producing projects.

I’m Geeking out over the Amazon Echo in a big way.  It’s a speaker that you talk to; check it out online.   It has no CD player or anything. Her name is Alexa and you just say, “Alexia, play The National”  and she start playing The National.

I’m really seriously geeking out over it, like I can’t even deal with how cool it is, it’s like Siri on steroids. I’m also geeking over the brand new MacBook, it’s the greatest machine I have ever operated and music wise I’m obsessed with Death Cab For Cutie, I just went to see them Hollywood Bowl and it was amazing.  I’m a Ben Folds geek, I went to see him at the Greek a couple of weeks ago and I would say The National and The War on Drugs are the two bands I’m listening to the most. 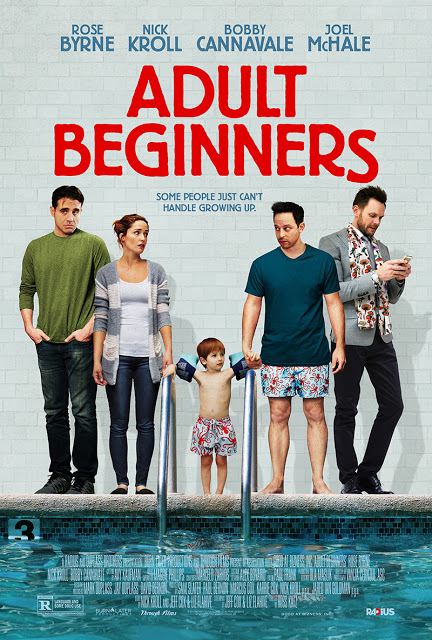