Sam Elliot has always been a hard-working actor, but he’s been in even greater demand over the last year, with roles in I’ll See You in My Dreams with Blythe Danner and now Grandma with Lily Tomlin. He’s very likely to get some awards love for the latter film, in which he plays an unlikely old flame of Lily’s cantankerous main character, Elle.

FOG! talked to Elliott over the phone and asked him about working with Lily, his upcoming appearance on her Netflix series Grace and Frankie and why he’s not the voice of “Beef, It’s What’s for Dinner” anymore.

He was exactly the gruffly modest gentleman you’d expect, not even minding when my dog started barking in the background.

FOG!: I loved you in Grandma.

Sam Elliott: Oh, thank you so much. I love being part of it.

How did (writer/director) Paul Weitz describe it to you?

Well, he sent me the script. I’ve worked with Paul’s brother years ago, Chris Weitz, on a show called The Golden Compass and I got a call from Chris one night wanting to tell me two things. One, “My brother is not crazy,” he says, and Two, he’s doing a movie with Lily Tomlin and he wants you to look at a part.

So the next day the script came and there was equivocating about it. I just immediately thought I gotta do that.

This seems like a kind of unusual choice for you. I tend to think of you in more macho movies.

Well, it is, I suppose. Rather than call it a choice, I just call it an opportunity. It’s one of those opportunities that came to me. I had a couple of these that came my way last year, one was the thing with Blythe Danner that played earlier in the year.

Yeah, you’re having a good year.

It was a great year. And then I did some television stuff. It’s been really a great year. To have these two features, and particularly this role in this movie. It was only 11 pages but it sure was a sweet piece.

I know most actors don’t like to talk about this, but I could see you getting some awards recognition for it.

Well, I don’t know about that. I always think the real reward is in the doin’ of it. A piece of material like this and you get to do it with Lily Tomlin and with Paul standing there keepin’ an eye on the whole thing, what’s better than that?

Had you ever met Lily before this?

I’d met Lily a couple of years ago at an Emmy show. We were both nominated in the same category for voiceover and Lily won the award (for An Apology to Elephants). I met her briefly, just congratulated her and that was it. (Elliott was nominated for Robot Chicken)

How many times did you and Lily do that kiss?

(Chuckles) I don’t know. More than once. It kept gettin’ better and better. It was good. It was a trip. I just think that that scene was so well designed. Those characters had such a history. To be cuckolded by another woman… I don’t think Carl ever got ever it. He was pretty bitter and heartbroken and I think he still loved her.

When you work with someone who’s been in the game as long as Lily… I’ve found that people that have been there the longest and have had the most success in their careers are generally the nicest, down-to-earth people and they’re also the hardest-working people. 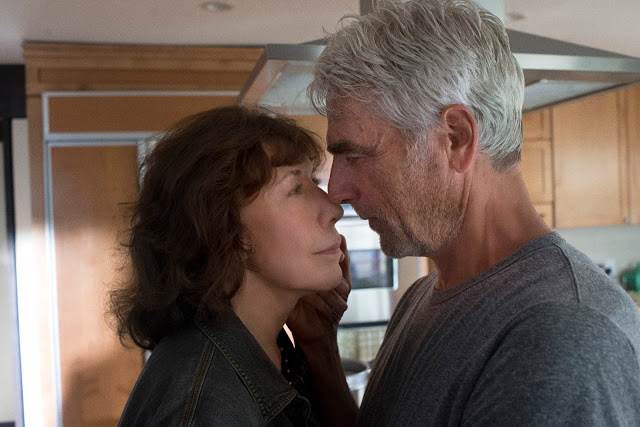 Lily’s on this jaunt right now where she’s working on Grace and Frankie and doing this prom stuff on this film and they’re just wringin’ her dry but she’s not complainin’ and she’s totally up for it. When you get on the set and you work with someone of Lily’s ilk, in terms of her talent, it’s that whole thing about playing good opponents.

It brings your game up. In somebody else’s hand, it might not have been what it was.

Are you watching Grace and Frankie?

I’m watching some of it. I’m actually doing an arc on the show. I started it last week. I’m playing a guy that Grace (Jane Fonda) had an emotional relationship with this guy in her past life and they cross paths again. I’m committed to three episodes. Whether it’s going to be more than that, I don’t know. So that’s fun.

What’s been your favorite role of your career?

I get that question a lot and I don’t have an answer for it. Certain things about a lot of different shows that I think make them stand out. And as much as it is the work, sometimes it’s the people that you work with. I think these last two I did this last year – the one with Lily and the one with Blythe – are both up there. They were just great experiences. And this whole independent film world is so much different than big studio pictures and so much more rewarding on so many different levels.

It’s just, being unencumbered by the studio system and working with people who are all there for the love of the job. And everybody’s trying to make a good movie and everybody’s having a good time. There’s not a lot of time for a lot of bullshit.

I don’t imagine you would put up with a very much B.S.!

I don’t like to. It’s just kind of the nature of the beast at times.

When fans come up to you, what do they usually mention as their favorite movie or TV show of yours? 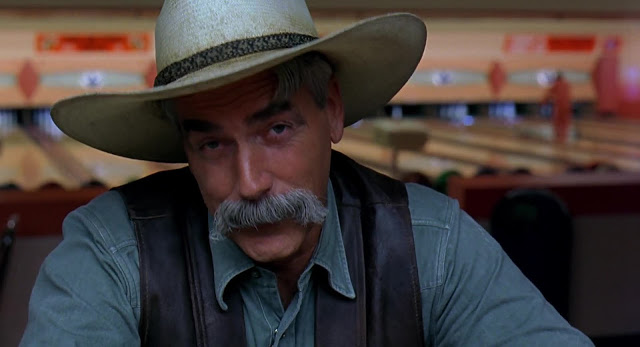 Mask is one as well.

And you were great on Justified.

That was a lot of fun. That kind of fell into this whole package between these two independent films. That was all going on at the same time. Just was an incredible time. 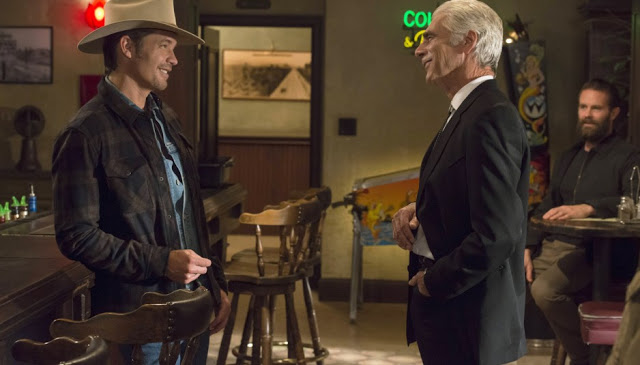 How often do you flip on the TV and see yourself? Not too long ago, I was flipping past Hawaii Five-O and I think you were playing a tennis pro in very short white shorts. Do you remember that one?

I do remember that. I don’t remember wearing shorts, so I must have blocked that out. Holy shit. Yeah, I was a bad guy in that. Jessica Walter was the girl in it.

You’ve worked with just about everyone.

I’ll tell ya, it’s one of the strange things about the nature of this business. At least it is with me, I can’t speak for other people. You go off and it’s like this band of gypsies. You go off and you get very, very close to people and attached to people and it comes to the end of the shoot and everybody kind of goes their separate ways, back to the real world.

At least I do. I go back home. I’m very fortunate that I have love and work in my life. [He’s been married to actress Katharine Ross since 1984.] It’s a great combination. I’ve got a home and I’ve got work that I love to do.

Is there anyone you’ve never worked with that you would love to work with?

No, they gave me the boot several years back.

I really don’t know. That’s always gnawed at me a little bit. I think it happened because I was at odds with the ad agency that did the campaign. For different reasons. I just didn’t agree with some of the
copy they were giving me to do.

That went on for a couple of years and then all of a sudden it just disappeared after eight years.

I told him, “You haven’t heard the word that I’m no longer doin’ it, have you? They let me go last week” Anyway, there was this giant hubbub about it.

He said, “Well, don’t count it out, yet.” He was somewhere up in the chain of command, but obviously it wasn’t anything major because it never came back to me again.” I think the next guy they went to was Matthew McConaughey. The tag became “lean beef,” they were leaning on that, so they wanted to get Matthew to do it.

I think it’s Garrett Hedlund now. And it used to be Robert Mitchum.

It was Mitchum and then it was Cybill Shepherd. She went on to one of the talk shows, I think it was Johnny Carson, and he asked her about the “Beef, It’s What for Dinner” campaign and she said, “I don’t know, I’m a vegetarian.” That was the end of it for Cybill. [Laughs]

And now you’re the voice of Smokey the Bear!

I am. The odd thing about that is that Smokey and I have the same birthday. The campaign started on August 9, 1944. On my birthday.

What else are you working on?

I’m about to start this other thing on Netflix that I’ve gotten myself involved in with Ashton Kutcher and a group of great producer/writers that have been in the television world forever. It’s going to be my year for getting’ in pretty deep. Maybe deeper than I want to get. The title right now is “The Untitled Ranch Project.”

It’s a contemporary comedy, it’s set on a cattle ranch in Montana and I’m the father of Ashton Kutcher and Danny Masterson, they’re both my sons. It’s a three-camera show, to be shot in front of a live audience on Friday evenings. That’s the most daunting part of it for me.

Have you ever done a three-camera show before?

Never done it before. It’s a totally new territory. Between that and the two-hour drive one way to work, it’s an interesting time. [Laughs]