I wouldn’t call a lion a “monster,” but a case like the Milwaukee Mystery Lion here in my hometown can certainly be considered cryptozoological, since the lion is apparently still at large, roaming the streets of Milwaukee and no one knows where the animal originates from.

African lions aren’t indigenous to the Midwest, of course, and although mountain lions have been spotted in Wisconsin, it’s rare that one would get into the city.

The local zoos confirmed that their lion populations were all accounted for.

Here’s the timeline of sightings: on July 20, a woman reported seeing a lion roaming through her neighborhood on the Northside of Milwaukee. In true cryptozoology tradition, she manages to get a few seconds of blurry video footage with her cellphone of what indeed appears to be an African lion strolling along. Another sighting of the lion occurred the next morning, not far away. Police responded to the calls, and encourage the public to call them instead of trying to tackle the lion themselves.

As the days went on, more and more sightings rolled in and Milwaukee Lion Fever spread quickly throughout the city. Local news had a field day, and the story got picked up internationally, with the Milwaukee Lion being reported on Good Morning America and in the New York Times, among many other sources.

The lion was the talk of the town—people set up a Twitter page, photoshopped a lion next to various Milwaukee landmarks, the mayor cracked a lion joke, and so on.

Three days into the sightings, a man accidentally shot a bulldog. 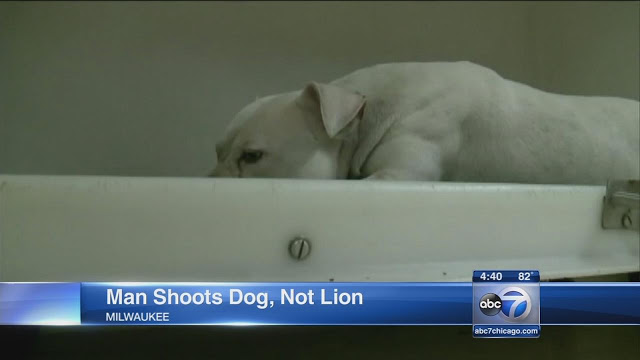 He claims he thought it was the infamous lion encroaching on his territory. Actual evidence of a lion did surface. A housecat that had been ripped apart was reported in the area, and eventually two sets of lion footprints were found.

The climax of the lion search happened about a week after the initial sighting. Witnesses, including two police officers, saw the animal slink into a ravine near N.31st Street and Cameron Avenue the evening of July 26. Police, animal control, and the Department of Natural Resources tried to contain the lion by setting up a perimeter of the area, which they guarded all night with rifles and tranquilizer guns. 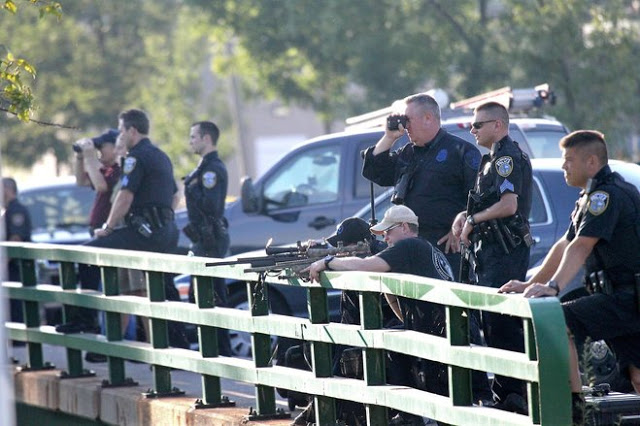 In the morning, they swept the area: no lion.

Their next plan was to set up several live traps with food including turkey, chicken, summer sausage, and Chicken McNuggets.

The lion didn’t go for it. As a wildlife expert noted, the area had by then attracted a large throng of media and curious onlookers, a noisy animal deterrent.

After this operation, lion sightings began to dwindle. The last recorded sighting was reported July 31.

What is the Mystery Lion?

Speculation is that someone had an exotic pet, which has escaped. And where the lion is now, over two weeks after its initial sighting, is anyone’s guess.

Tea Krulos is the author of Heroes in the Night and Monster Hunters, and the director of the Milwaukee Paranormal Conference. You can find his website at: teakrulos.com