Mill Creek Entertainment, a leading independent entertainment distribution company, will release That ‘70s Show – The Complete Series on Blu-ray for the first time in its entirety on November 3.

Remastered from the original film negatives, our favorite suburban kids from Wisconsin, Eric, Kelso, Jackie, Hyde, Donna and Fez, are making their way back to the basement in this definitive collection featuring all 200 episodes in widescreen high definition for an awesome Blu-ray experience! Set in the era of Led Zeppelin, TAB cola and Farrah Fawcett posters, this Emmy award-winning sitcom aired from 1998-2006 with over 10 million weekly viewers in its first 6 seasons.

Fans will enjoy hours of retro bliss and far-out bonus features including audio commentaries, behind-the-scenes featurettes, never-before-seen bloopers and an extensive photo gallery for the ultimate flashback experience. This 18-disc collectible Blu-ray box set will be available for $149.98 MSRP. 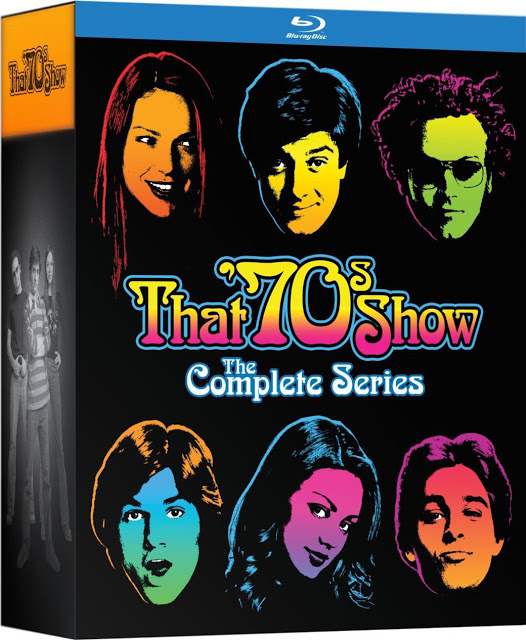 In this article:DVD News, Press Release, Television, That '70s Show