ShareTweet
For the First Time Ever in North America, Academy Award-Winning
Director Hayao Miyazaki’s Films Come Together in a Single Collection

THE COLLECTED WORKS OF
HAYAO MIYAZAKI


Experience the majestic works of one of the most celebrated filmmakers in the history of animated cinema. Hayao Miyazaki weaves his unique style of artistry and epic adventure into astonishing tales of triumph, bursting with imagination and wonder. For the first time, enjoy all 11 of Miyazaki’s feature-length masterpieces in one spectacular 12-disc collection, complete with hours of captivating bonus features and the Academy Award-winning Spirited Away (2002, Best Animated Feature Film). 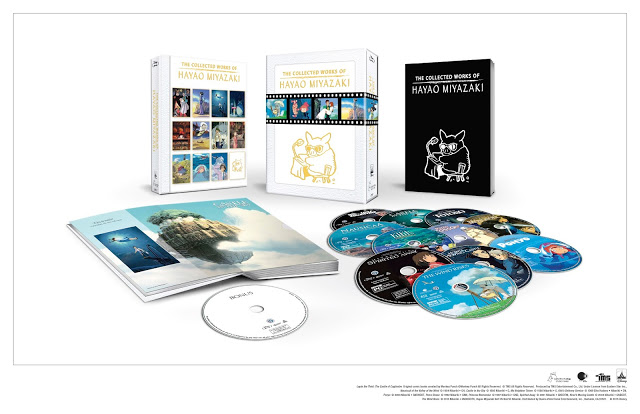