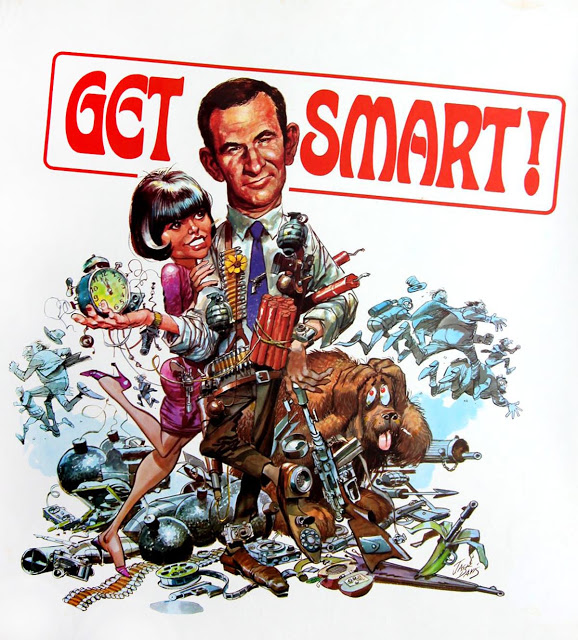 Fifty years ago today, NBC premiered Get Smart, a comedic spy series from the imagination of Mel Brooks and Buck Henry.

Headed by their boss, The Chief (Edward Platt), 86 and 99 worked together to fight the forces of KAOS.  In the pilot, Mr. Big, we see the only actual appearance of the head of KAOS, played by little person Michael Dunn, before he is killed by episode’s end by his own Doomsday death ray.

Inspired by The Man From U.N.C.L.E. (which in itself was inspired by the James Bond craze of the early 60’s), Get Smart spoofed every aspect of spy culture including colorful villains, outrageous gadgets and ridiculous plots. 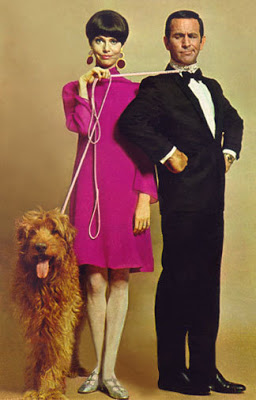 Like Batman, which was a huge success a year later, Get Smart attracted a number of talented celebrities who were eager to appear on the series.

For 138 episodes (plus a reunion TV movie and series), Smart and 99 fought side by side, eventually falling in love, which gave the series much of it’s heart.

Unlike many other secret agents, Smart was never portrayed as a Lothario and Agent 99 was both a better agent than her partner and never the victim (which was a bit of a landmark when it comes to gender roles in the late Sixties).

Series executive producer Leonard Stern (co-creator of Mad Libs) was a driving force for the success of the series, starting his career writing films for Abbott & Costello, Ma & Pa Kettle and the 1952 version of The Jazz Singer.  In television, Stern wrote for such classic series as The Honeymooners and  The Phil Silvers Show, as well as creating and producing I’m Dickens, He’s Fenster, McMillan & Wife and Partners in Crime among others.

In 2008, Warner Bros. released a film version of Get Smart starring Steve Carrell as Smart and Anne Hathaway as Agent 99. 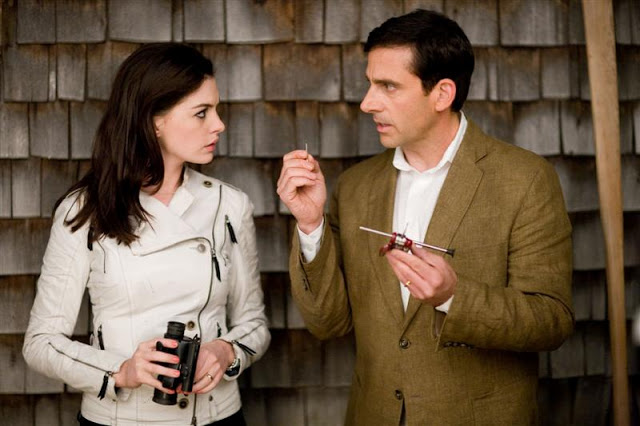 The film received mixed reviews and since so much of the original series’ success was a combination of the actor’s chemistry, The Cold War and the 007 craze, it’s not a surprise that the film didn’t resonate as well with modern audiences.

But, on the bright side, Get Smart lives on DVD.

With the release of Get Smart: The Complete Series, fans can enjoy this wonderful collection which is a must have for anyone who’s a fan of classic TV or sixties spies like Bond, U.N.C.L.E., Flint or Matt Helm.  It includes featurettes, audio commentaries, interviews, bloopers and a tribute to Don Adams including his 75th birthday roast and segments from his Memorial Service.

Would you believe it’s on sale for ten dollars?

Wait, it’s back it’s regular price.  Missed it by that much.