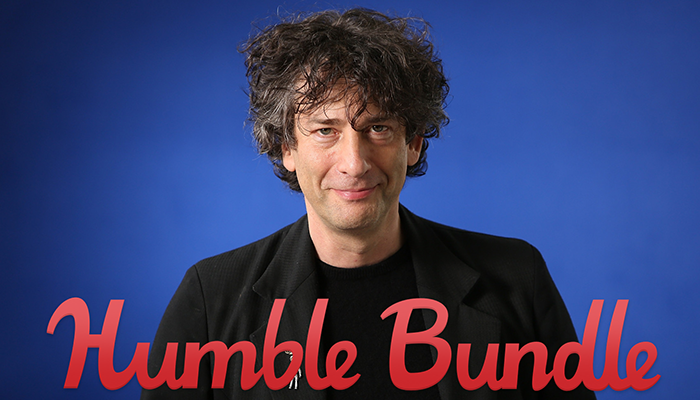 Humble Bundle is teaming up with international bestselling author Neil Gaiman to make some of his rarest and most sought after works available digitally for the first time ever. The works featured here range from books published early in Gaiman’s career turned collector’s item, never collected works from anthologies, barely published books with small prints runs, or never published at all. This includes short stories, essays, comics, music biography, poems, teleplays, prose fiction, and even lyrics and speeches.

If it’s in this bundle, chances are you’ve never read it.

Customers can name their price for Adventures in the Dream Trade (essays, poems, lyrics, and original AMERICAN GODS blog), Gods & Tulips (controversial 1993 speech, an essay on running signings, and a speech on comics), Free Speeches (speeches by Neil, Frank Miller, and others), Being An Account of the Life and Death of the Emperor Heliogabolous (24 hour comic, written & drawn by Neil Gaiman), and Angels & Visitations (first collection of prose fiction, nonfiction, and poetry).

Customers who pay above the average price by $15 or more will receive all of the above plus Duran Duran (never before republished, rare debut book), Manuscript Found In A Milk Bottle (never before reprinted short story with brand new intro) Love, Fishie (poems by Neil & Maddy Gaiman, limited edition of 100), and A Little Gold Book of Ghastly Stuff out of print and collectible book of short fiction, essays, and poems — many never before reprinted).

To check out the full bundle, head to: HumbleBundle.com/books 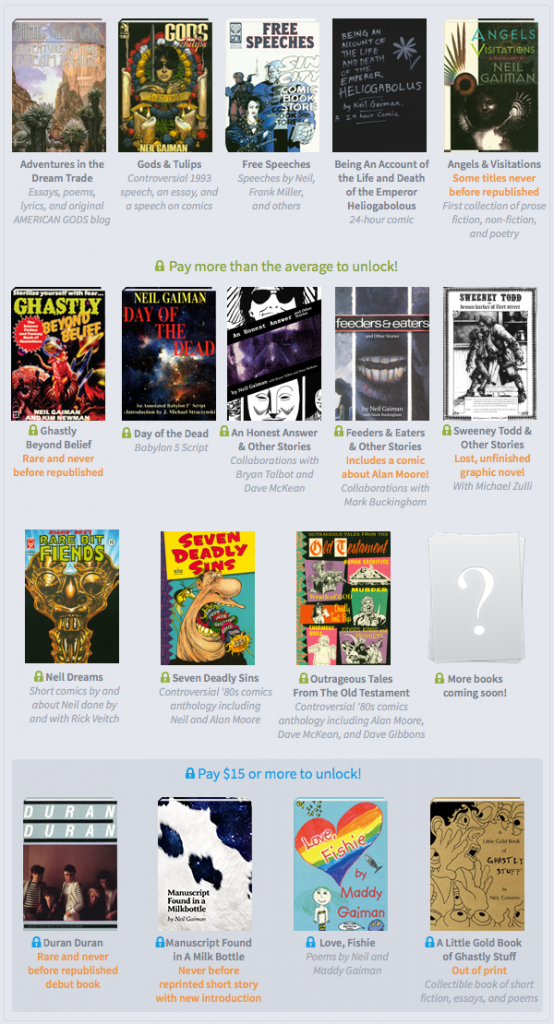 Even more rarities to be added mid-promotion on September 16.

As with all Humble Bundles, customers can choose how their purchase dollars are allocated, between the publisher and charity. Humble Comics Bundle: Neil Gaiman Rarities supports the Comic Book Legal Defense Fund and The Moth Education Program. All of Neil Gaiman’s personal proceeds from this bundle will benefit The Gaiman Foundation, a private foundation that funds free speech, education, and civil rights charities.