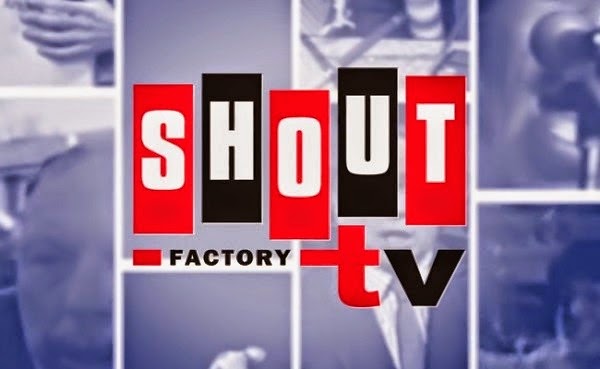 The kids are back at school and Shout! Factory TV is back in the business of presenting the cult favorites you love to stream.

It’s ultra thrills, ultra action, and ultra monster mayhem for Ultraman fans this September, with all 39 episodes of the series coming to Shout! Factory TV. Hayata, one of the Science Patrol’s members, holds the key to our salvation. Fate has given Hayata the ability to secretly transform into an amazing, super-powered giant from space. A being known as Ultraman!

Discover, experience and binge-watch more than hundreds of hours of culture-defining entertainment for free on SHOUT! FACTORY TV by visiting ShoutFactoryTV.com on your desktop or through a mobile browser. Download the SHOUT! FACTORY TV app on Roku to watch through your television set.

Full line-up of September programming after the jump.

Multiple Emmy-nominated and Peabody Award-winning Mystery Science Theater 3000 (MST3K) is a true cult classic. Its high-camp rendition of B-movies from every genre to the small screen makes it one of the most memorable pop culture shows of our time. Brimming with laugh-out-loud commentaries from caustically hilarious space travelers Joel Robinson, Mike Nelson and their robot pals Crow T. Robot and Tom Servo, MST3K was a genuine phenomenon. Its popularity spawned an MST3K fan following that numbers over hundreds of thousands of fans world-wide.

MST3K: Manos: The Hands of Fate 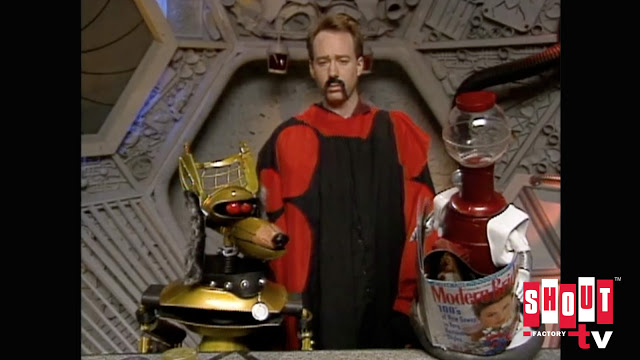 Newton’s Third Law of Motion states that for every action, there is an equal and opposite reaction. Sure, there’s math to back that up, but the far more compelling proof is in the treatment accorded “Manos” The Hands Of Fate by those physicists of comedy at Mystery Science Theater 3000. Consider this legendary low point in film history, widely regarded as the worst film ever made, which depicts a family that gets lost en route to a vacation and stumbles into the lair of a cult. 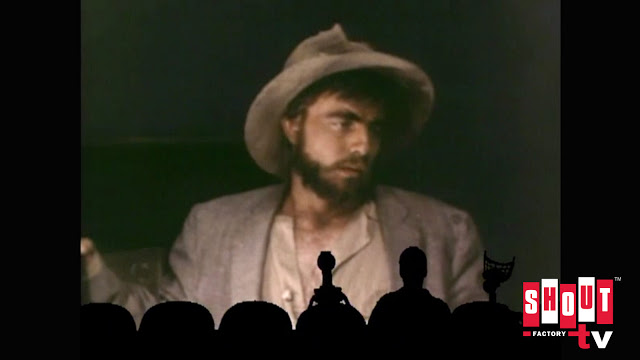 Since Satellite of Love captive Joel Robinson and his robot sidekicks Tom Servo and Crow T. Robot react to movies, it follows that this particular episode must be a glorious high point in Mystery Science Theater history. Glorious it is, as the film’s characters battle a half-man, half-goat and an evil man in a robe, and the members of the Satellite of Love battle terrible writing and acting. 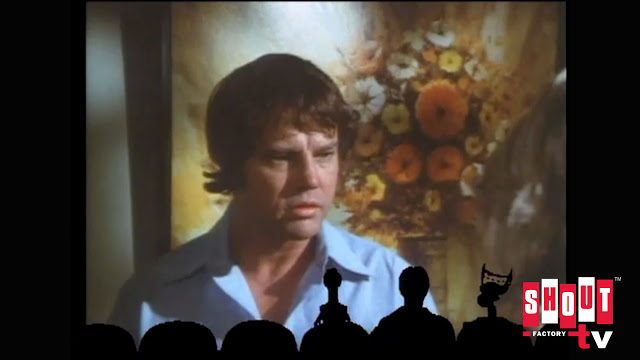 The trio sits through a dreary Joe Don Baker disasterpiece as Gypsy tries to find a way to save Joel from being killed by the Mads. Mitchell tells the story of a sleazy, incompetent detective who tries to simultaneously take down heroin dealers and a socialite who murdered a burglar. 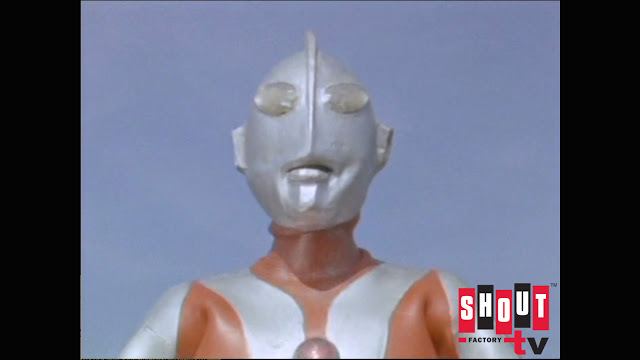 When the world is threatened by alien invaders and giant prehistoric monsters, there is only one agency equipped to handle the situation, The Science Patrol, an ultra-sophisticated police force equipped with high-tech weaponry and spacecrafts. Led by Captain Muramatsu, the team defends the planet from the unknown. Unbeknownst to the team, one of their members, Hayata, has the ability to transform himself into the giant superhero from Nebula M7B, Ultraman, when all their weaponry and skills can’t stop their foes! Created by special effects wizard Eiji Tsuburaya (Godzilla, Mothra), the 1960s television series Ultraman remains one of Japan’s most beloved science-fiction exports. Airing between 1966 and 1967 with a total of 39 episodes, the live-action series followed a high-tech police force and their alien superhero Ultraman as they battled to save the Earth from invading aliens and monsters. 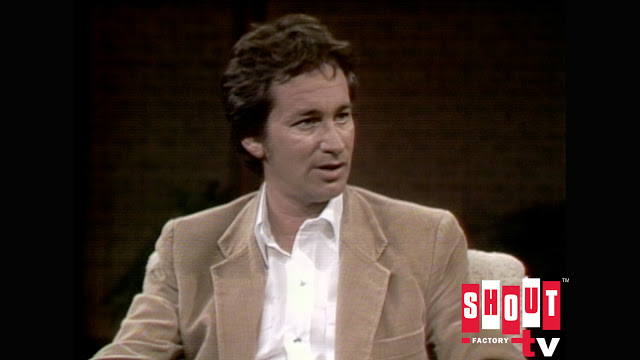 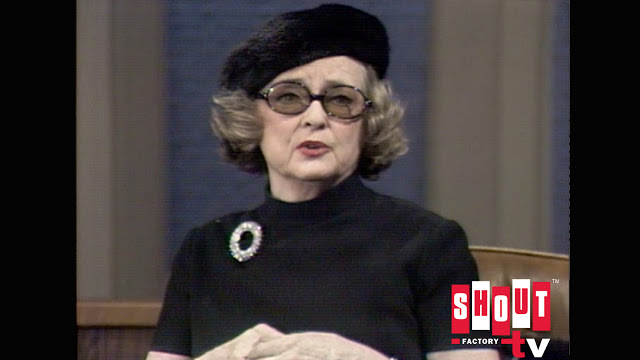 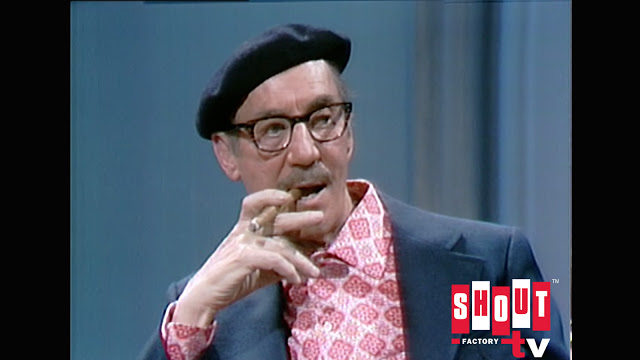 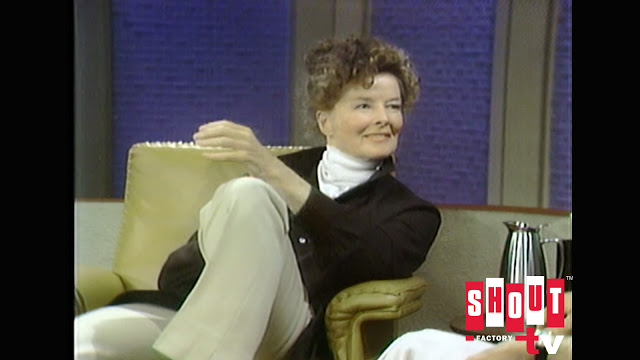 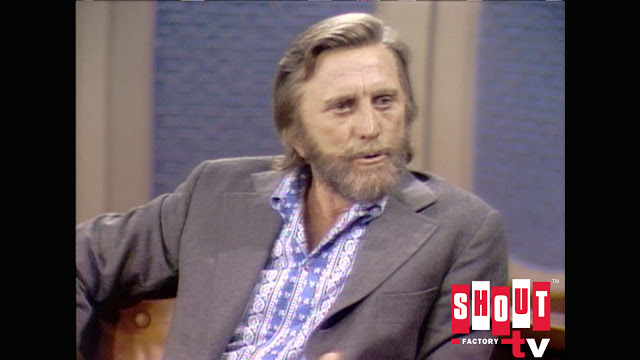 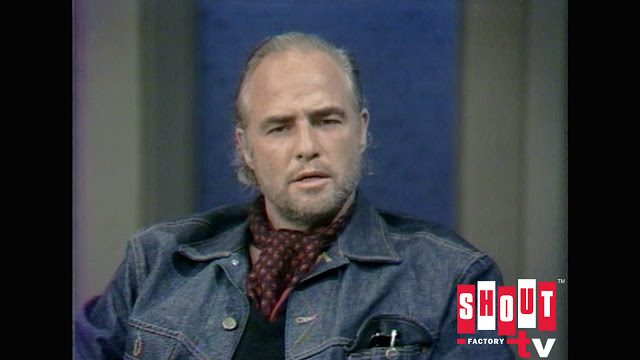 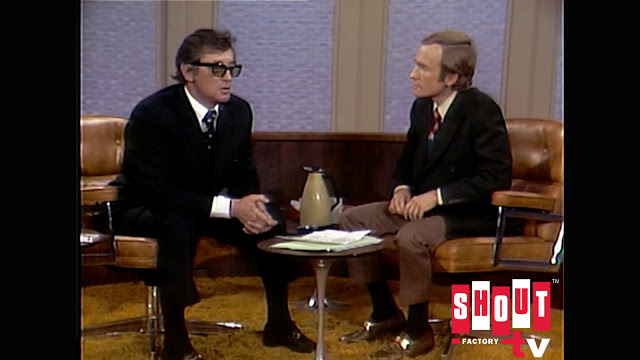 Cavett also often played host to stars on the other side of the camera; interviews with celebrated directors Orson Welles, Robert Altman, Frank Capra, John Huston, Peter Bogdanovich and Alfred Hitchcock also appear in episodes as part of this collection. 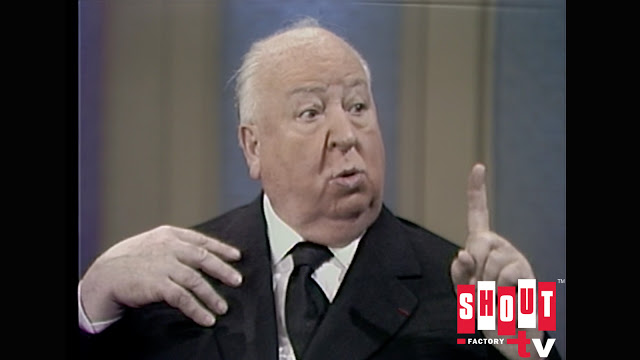 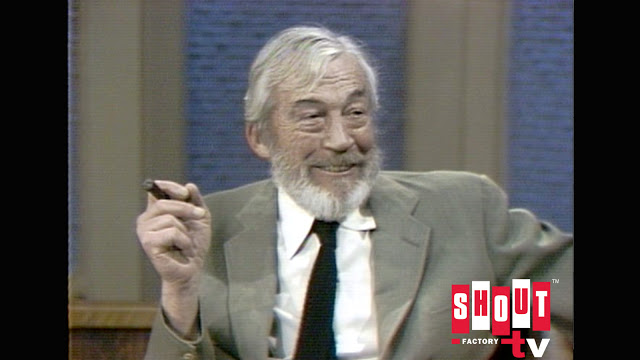 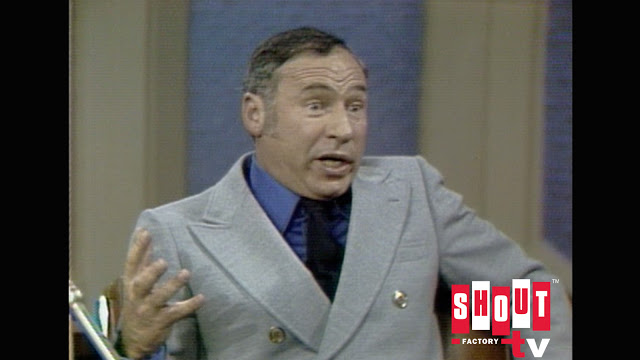 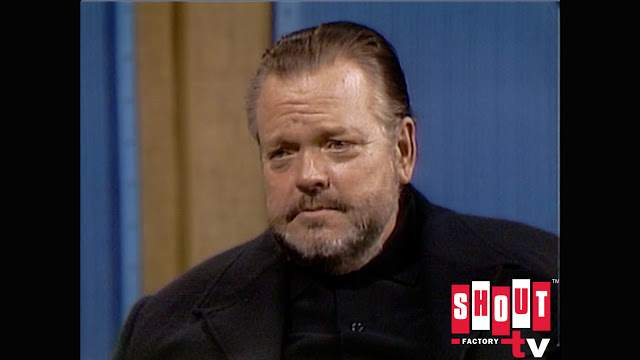 THE GOLDBERGS (All 71 Episodes) 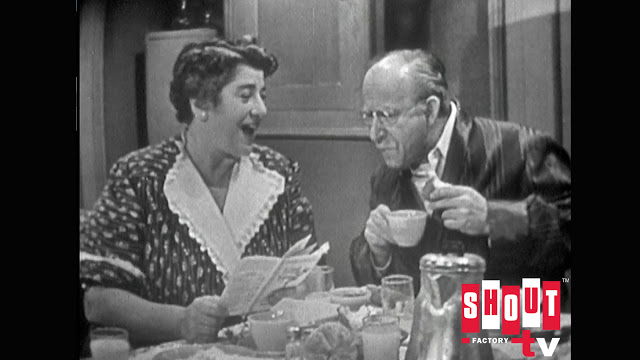 Meet the Goldbergs, a lively Jewish family living in the Bronx. There are the dutiful children, Rosie and Sammy; Jake, the hot-tempered husband; old-world Uncle David; and, of course, the ever-cheerful and gracious matriarch Molly (Gertrude Berg).

With lots of extended family and neighbors, the Goldberg home is always overflowing with joy, laughter and love. 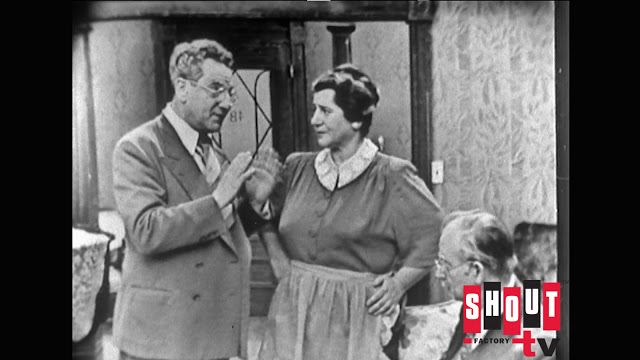 The Goldbergs began as a radio show in 1929 and originally aired on television from 1949 to 1956. It was created and written by Gertrude Berg, a radio and television pioneer who achieved national celebrity and influenced American popular culture with her beloved character Molly Goldberg.

Shout! Factory TV proudly presents its monthly series, Backlot. Each episode grants an inside look at cult favorite series and films, covering everything from the Power Rangers to Roger Corman. Hosted by Shout! Factory’s Brian Ward, Backlot showcases interviews, behind the scenes footage, featurettes and much more from the pop culture classics you never outgrew.

Backlot – Mel and His Movies: The 12 Chairs 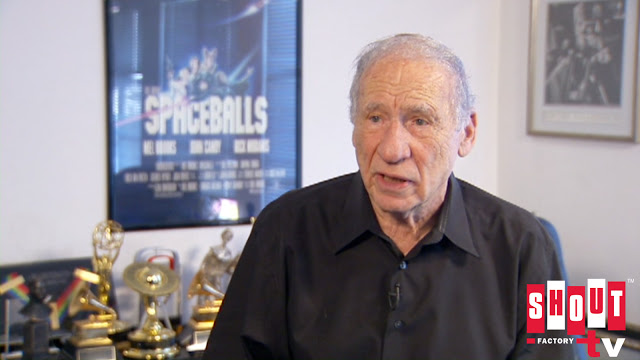 Mel looks back at memorable scenes from his film The Twelve Chairs and the stories behind them. 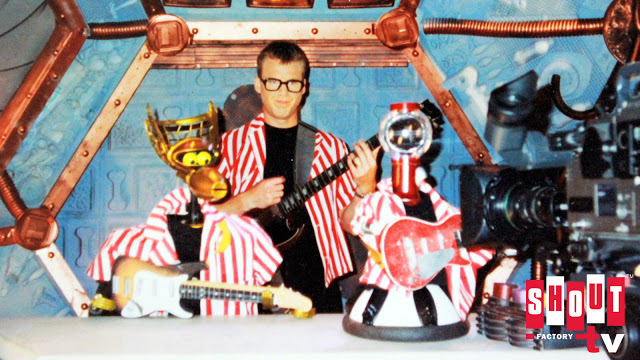 In part two of the complete history of MST3K, Joel and the rest of the team discuss the Satellite of Love crew. 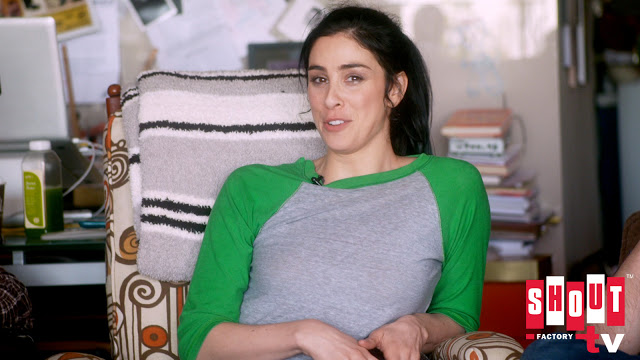 Get an intimate behind-the-scenes look at The Sarah Silverman Program in this writer’s roundtable discussion. 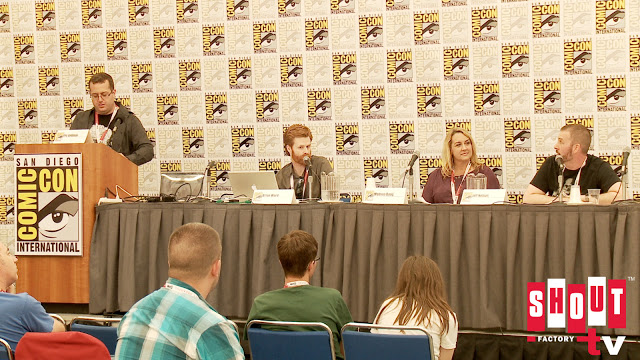 Shout! Factory made some big announcements and answered questions at our 2015 San Diego Comic-Con panel.

Other notable series and movies also streaming on Shout! Factory TV now include: