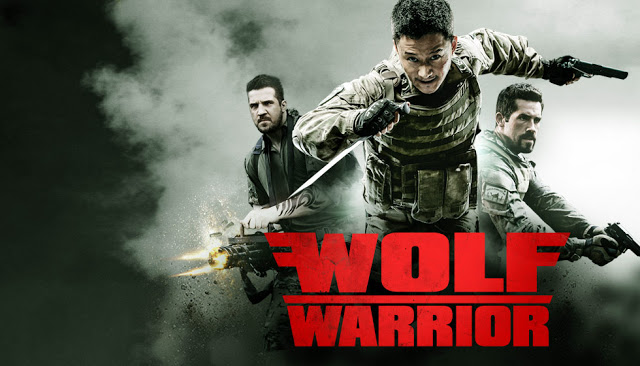 An Elite Squad of Mercenaries Just Met Their Deadliest Target.
Sergeant Leng Feng (Wu Jing), top marksman of the Chinese Special Forces, is jailed under court martial for disobeying orders. But he’s just the kind of fighter the Wolf Warriors are looking for.
Silent. Stealthy. Deadly. The Wolves bring Feng into their pack, honing his skills to a knife’s edge. But another team has Feng on their radar: a group of corrupt blades-for-hire, seeking revenge for the drug lord’s murder.

To enter, please send an email with the subject header “WOLF WARRIOR” to geekcontest @ gmail dot com and answer the following: