As the nights get darker and the leaves turn hues of golden brown and red, my excitement builds and I find myself indulging in all things spooky in anticipation of Halloween.

It’s my favourite time of the year and I like to celebrate it as one might celebrate Christmas. Alongside meticulous costume planning and horror film binges, I enjoy indulging myself with a few scary video games.

Lately, I’ve taken to replaying The Walking Dead games and listening to the Resident Evil and Silent Hill scores on repeat but the list I have compiled is strictly retro and even includes some lesser known titles that never quite received the critical acclaim they deserved at the time.

Here (in release date order) are my top 10 retro games to get you in the mood for Halloween:

A port of the original arcade game, Ghouls ‘n Ghosts is a fun side-scroller where the player takes on the role of Arthur, a brave knight who must fight his way through spooky environments. His armour perhaps needs more work and he should think about speaking to his local smith to improve it because one hit and it shatters leaving him almost naked, shivering in his boxer shorts. This makes the game infuriating at times, especially if you misjudge an enemies attack.

Luckily this game seems to have endless ‘continues’ and isn’t stingy with save points, however it requires a lot of trial and error, which some would argue is a positive thing and something that many classic titles are loved for. Still, despite the difficulty, this game is chock full of imagery like guillotines, bone ladders, skulls, reapers and…vomiting pigs?! That will undoubtedly put you in the mood for Halloween or at least provide ample inspiration.

I’m calling it now, vomiting pigs will be my new Halloween decoration this year for sure.

The box for Splatterhouse reads: “The horrifying theme of this game may be inappropriate for young children…and cowards” and rife with Friday the 13th and Evil Dead 2 references to name a few, I’m not surprised!

Slasher horror fans will love this game and will no doubt appreciate the references scattered throughout, it strikes me as Capcom’s love letter to the slasher film genre. Rick, the games protagonist has to save his girlfriend from a grisly death but unfortunately she turns into a monster and Rick is forced to kill her. After which, the game gets…weird…with Rick following a blood trail leading to the mansions ‘womb’ which he then has to fight by killing off foetus-like creatures. I never really thought about it until now but perhaps this game should be used to deter teen pregnancy? I mean, wow…that’s actually awful.

This title has since been re-released for the PS3

This game is the original survival horror, truly the first game of its kind and one that heavily inspired Resident Evil. For that alone, I recommend you find a way to play it and pay it the homage it deserves.

It’s a role-playing game with random encounters and this helps to build tension as you traverse the haunted mansion, this game knows when to scare you too, believe me! It’s surprisingly gruesome for NES title and the graphics are impressive, perhaps even the best on the NES. I don’t want to go into detail about this game because the story is horrific and as I said previously, you owe it to yourself to find a way to play it.

It was never released outside of Japan due its disturbing and brutal imagery.

Released on the 31st October in 1991, everything about this game screams ‘Halloween’.

Loosely based on the Bram Stoker Dracula mythology the Castlevania series is the quintessential Hunter versus Vampire game. The Belmont family must defeat Dracula every 100 years because…deeply ingrained family bloodline feuds are deeply ingrained. Or something.

Basically, you get to play as vampire hunter wielding an enchanted whip in an outfit befitting that of an extra in Conan The Barbarian. I have spent countless hours playing the games in this series and that though game may not be scary in a contemporary jump scare fashion, it’s themes are steeped in vampiric mythology and lore.

That’s enough to grant it a place on my list.

While the MasterSystem only possessed a 6-bit RGB colour palette, consisting of only 64 colours (with only 32 being on screen at once), Master Of Darkness still managed to transport me to eerie locations and creep me out.

Cemeteries, evil laboratories, haunted castles and my least favourite, house of creepy wax dolls *shiver*, this game squeezes in every horror trope you can think of making it perfect for Halloween.

This platformer was similar to Castlevania but that’s bad thing as at the time was the closest thing to it on the MasterSystem. Each level consists of enemies of varying difficultly including bats, zombies, dogs and skeletons, all leading up to the big bad ‘Master of Darkness’ himself…Satan…wait, no, I mean…Dracula?

Sure, I’ll go with that. Why not? I’ve already accepted that a psychologist would fight supernatural enemies.

This game isn’t particularly scary, not in the least, but it’s definitely a fun game to play and will get you in the Halloween spirit.

The player chooses to play as Zeke or Julie (kudos for having two gender options!) and must navigate suburbia, taking out various monsters and saving their neighbours. Weapons include fire extinguishers, water pistols and even uh, tomatoes. Many of the monsters are based on classic horror-movies meaning you get to fight off blobs, vampires, giant ants and even squid men, to name a few.

Creative and fun, this game is entertaining and will probably make you chuckle. I mean, how can a giant demonic baby fail to make you laugh? Look at it!!

This point-and-click survival horror was adapted and enhanced for the PlayStation in 1997 (the original was called Clock Tower and was a Japan-only release on the SNES).

The thing about Clock Tower: The First Fear that instills terror into the player is that you are constantly being stalked throughout the game by an overly creepy, scissors wielding villain. If he catches up with you, the protagonist (Jennifer Simpson) begins to panic and you must then repeatedly and rapidly tap the ‘panic button’ though, in fairness, my technique was to freak out and mash all the buttons because holy crap Bobby ‘Scissorman’ Barrows is so terrifying, I would rather run into Freddy Krueger.

Just look at those giant ceremonial style, ribbon cutting scissors! Um, no thanks.

The late nineties were awash with intense survival horror titles and while you were playing the Silent Hill or Resident Evil franchises, you probably overlooked this gem.

Not to be confused with the 1981 horror film of the same name starring Linda Blair, Hellnight (or Dark Messiah in Japan) is a slower paced survival horror without combat, yes…without combat! Yet this element only heightens the fear factor. It combines the classic 3D monster maze with point-and-click gameplay all of which is in first person perspective.

Meaning that wandering the dark, damp, subterranean sewer system is unsurprisingly creepy. Of course, you do come across NPCs with weapons who accompany you throughout the game at times. Except Naomi, she can only sense when the enemy is near using her psychic abilities and doesn’t have a weapon, after all she is only 17…and a schoolgirl.

Designed by none other than Ken Levine, this game is (you might want to take a breath if you’re reading this aloud) a first-person shooter action role-playing survival horror game.

The player finds themselves waking up on a starship in the year 2114 in a cyberpunk styled universe, suffering from amnesia. Despite the trauma of having no memory or tangible identity to grasp onto, the player can not philosophically dwell on their situation because it gets a whole lot worse; the player must fight off an infectious genetic outbreak. I found this to be a genuinely scary game, which at times induced actual nightmares!

If you enjoy games that combine exploration and combat and also enjoy having the crap scared out of you then System Shock 2 is definitely for you. Games like Dead Space and BioShock (Levine’s natural successor to System Shock 2) owe a lot to this title and probably wouldn’t exist without it.

This game was a complete surprise to me, I wasn’t really sure what to expect as I hadn’t heard much about it and one of my housemates at the time, bought it on a whim. Fortunately, his impulse buy was incredibly well-judged because Eternal Darkness: Sanity’s Requiem is still one of my favourite GameCube releases.

Its storytelling possesses a Lovecraftian style and this truly sets the tone of the game. Because seriously, this game wants you to be scared. It wants you to repeatedly freak out. A true psychological thriller, Eternal Darkness: Sanity’s Requiem sets out to mess with you. No more is this evident in the games Sanity System, as your sanity level decreases (which presumably, is natural given that you play through thousands of years as multiple characters fighting various monstrous entities), the camera angles change, the screen gets dark, music wanes in and out and if you let it slip completely, the screen will even go completely blank.

Perhaps, the true horror of this game was thinking that your disc had broken or that maybe your friend’s impulse buy was a dodgy pre-owned copy and had screwed up your console.

So, what are your thoughts on my list? Perhaps you have your own? Be sure to add your suggestions in the comments section. 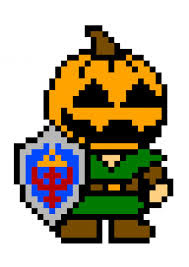 Until next time, I hope you have a Happy Halloween!