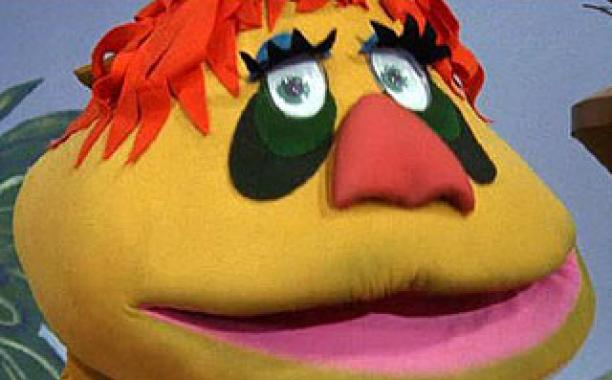 The bipedal dragon and his comrades from The Living Island are returning to television in an upcoming episode of the live-action preschool series, Mutt & Stuff, on Nickelodeon. Both series are from the creative team of Sid and Marty Krofft, who entertained millions of children during the seventies with their many television series including H.R. Pufnstuf, Sigmund & The Sea Monsters, Land of The Lost, The Bugaloos and more.

This news comes with an additional 20 episode order that Nickelodeon has greenlit for Mutt & Stuff’s first season, bringing the total to 40 episodes.

The special, H.R. Pufnstuf Comes to Mutt & Stuff!, will begin production this fall with a premiere date set for early 2016 and will feature several characters from the beloved series including H.R. Pufnstuf, Cling and Clang, Freddy the Flute and the Rescue Racer. In the special, Stuff’s favorite uncle H.R. Pufnstuf decides to visit him at the canine school. When H.R. Pufnstuf arrives with his friends from Living Island, Stuff goes overboard in an attempt to impress him and make sure everything is perfect.

Co-creator Marty Krofft supported the crossover in a statment, “H.R. Pufnstuf was the first TV show my brother and I created, so it has always held a special place in our hearts. Our fans constantly ask us to bring back Pufnstuf, and we feel the vibrant world of Mutt & Stuff is the perfect setting to revitalize these colorful characters and build excitement for new fans.”

According to the press release, Mutt & Stuff stars Calvin Millan and his dad, Cesar, star of Cesar 911 and original star of Dog Whisperer with Cesar Millan, and is set in a unique school for dogs, interacting with a cast of both real dogs and puppets. Mutt & Stuff currently ranks as the number-one preschool show in its time period on all TV and the series is created and executive produced by the Kroffts, along with Bradley Zweig. Cesar Millan also serves as executive producer. Mutt & Stuff airs regularly weekdays at 10 a.m. (ET/PT) on Nickelodeon.

And for those too young to know the magic of The Kroffts, check out this clip from the Pufnstuf movie.