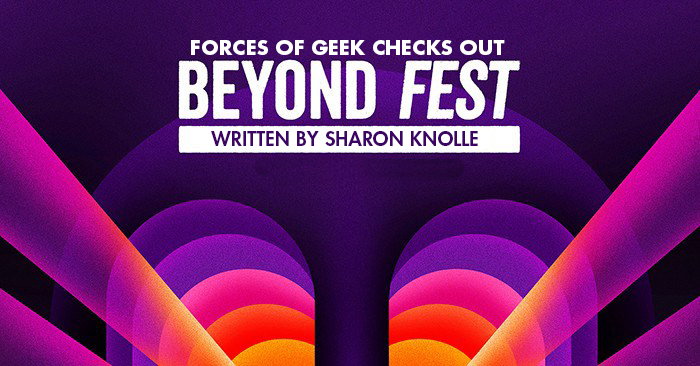 Last year, I caught exactly one movie at Beyond Fest, the fascinating Nick Cave documentary 20,000 Days on Earth.

But the endless loop of trailers playing beforehand made me want to see several other movies that were part of the fest, including Nightcrawler, The House of the Devil and Horns, which were all terrific.

This year I was lucky enough to see Legend, The Invitation, and The Devils and wished I could have seen more.

If you’re in LA, don’t miss Beyond Fest next year. 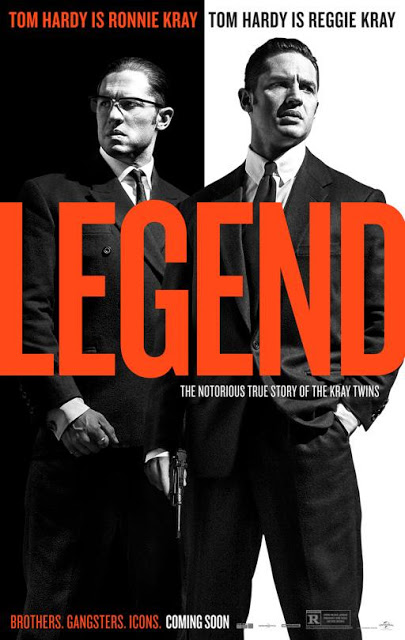 Tom Hardy starring as both Kray brothers was one of my most anticipated movies of 2015. Sadly, the movie –written and directed by Brian Helgeland – just doesn’t deliver.

Hardy makes a great gangster as the smoother brother, Reggie but his performance as psychotic gay brother Ronnie is one-note and cartoonish. The period recreation is terrific and the supporting acting – from David Thewlis, Christopher Eccleston and an underused Paul Bettany, most notably – is great. And hats off to the costume and hairstylists for Emily Browning (Reggie’s wife Frances) as she looks amazing throughout.

But enjoyable set pieces such as a bar scene where Reggie and Ronnie gleefully take out a roomful of rival gangsters by themselves are too few. A Steadicam entrance into a nightclub reminds us this is no Goodfellas and Helgeland is no Martin Scorsese. Legend  illustrates the sheer uselessness of undertaking a mob movie, especially if you have no feel for the genre. Not that you want filmmakers to copy Scorsese note for note, but the film lacks style. It plods dully through the key points and the decision to have Frances narrate is an odd one.

The period songs of swinging ’60s London are on point, but the intrusive, overbearing score by Carter Burwell is all wrong and entirely too sappy. While I adore Hardy, this does not look like the film to finally get him that Oscar nomination. Legend made me want to go back and rewatch Peter Medak’s The Krays from 1990, which I remember as being quite good. [Read the post-screening Q&A with Helgeland.] 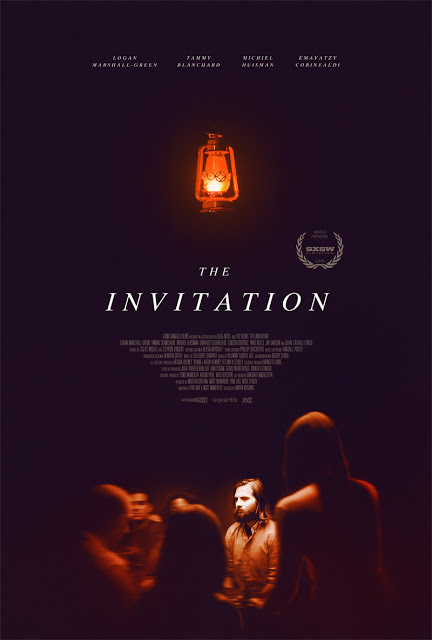 Karyn Kusama’s eerie thriller first screened at SXSW and Beyond Fest programmers realized it would be perfect for their LA Spotlight Screening. And what an LA movie it is.

Set at a chic, gated mansion in the Hollywood Hills, it should ring all too familiar to anyone who’s been aggressively chatted up by a friend who’s just discovered a new life philosophy – and is determined to share it with you.

Logan Marshall-Green stars as Will, who (along with his new girlfriend) is returning to the home where he used to live with his ex-wife Eden (Tammy Blanchard). The occasion is a lavish dinner party that serves as a reunion for a formerly close-knit group of friends who haven’t seen each other since a tragic occurrence. The beauty of the film is that Will, who isn’t exactly coping since his loss, is our surrogate throughout: Is he right to be suspicious of this party and Eden’s new husband (Michiel Huisman) and their odd guru? Or is he just being ridiculously paranoid as his friends insist?

The film was presented with the 1978 Invasion of the Body Snatchers since Kusama cited it as an influence. During a post-screening Q&A, Marshall-Green joked, “This will do for the Hollywood Hills what Jaws did for the ocean.” Kusama, who broke out with Girlfight in 2000, also directed the criminally underrated horror comedy Jennifer’s Body.

What she’s doing here is far more subtle but will certainly have you hesitating before you accept an invitation to any party in The Hills.

The Invitation is scheduled for a March 2016 release.
Rating: 4 out of 5 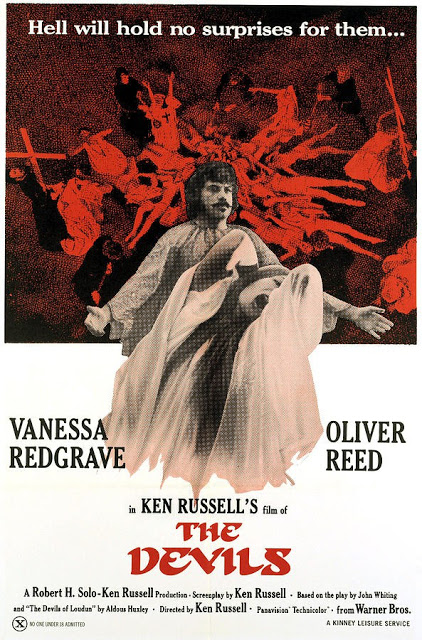 I’ve had the pleasure of seeing this wildly controversial Ken Russell film on the big screen before, but most of the 600 people in attendance at a 10:00 pm screening at the Egyptian Theatre in Hollywood had no idea of the cinematic insanity they were about to see: A tale of a free-thinking, decidedly non-celibate priest (Oliver Reed in his career-defining role) and a hunchbacked nun (Vanessa Redgrave) whose obsession with him becomes the key to his destruction.

Prompted by director Bernard Rose (Candyman, Paper House), who had been friends with “Uncle Ken,” at least three-quarters of the audience raised their hands when asked if it was their first time seeing the film. That’s because Warner Bros. (who unbelievably gave Russell carte blanche while making it) has refused to issue it on DVD or Blu-ray in the U.S.
A social media campaign: #FreetheDevils aims to change that and restore a 10-minute sequence known as “The Rape of Christ” (in which an entire convent descends into an orgiastic frenzy) that was cut from the original theatrical version.

Based on Aldous Huxley’s historical account The Devils of Loudon, in which Cardinal Richelieu, who was determined to exterminate all Protestant opposition in France, zeroes in on the walled city of Loudon as a far-too-independent threat. He mounts a campaign to bring down the town’s influential priest, Father Grandier (Reed). Between the hysterical nuns and the many enemies the carelessly arrogant Grandier has made, Richelieu’s men are able to launch a mob-fueled witch hunt against Grandier, whom they accuse of possessing the nuns.

Rose talked about how the almost post-modern set design by Derek Jarman (who’d go on to become a groundbreaking filmmaker in his own right) help jolt the movie out of the “period film” doldrums. The hippie-ish demon-hunting Father Barre (Michael Gothard), with his long hair and John Lennon glasses, was thought to be too contemporary when the film first came out, but he and the entire film haven’t aged at all. And an artistic statement against power grabs in the name of religion is always (sadly) very timely.

If you want to see The Devils, get a multi-region DVD player or tell Warner Bros. you want to #FreetheDevils!