ShareTweet
AFTER FOOD, FOOTBALL AND FIGHTING FOR BARGAINS, SETTLE IN WITH WE tv FOR AN ALL-NIGHT BLACK FRIDAY BINGE OF THE NETWORK’S NEW SCRIPTED THRILLER, SOUTH OF HELL

Charleston, South Carolina is an elusive city with many faces and the perfect home for Maria Abascal (Mena Suvari, “Chicago Fire”), a stunning, 30-year-old demon-hunter-for-hire. Alongside her brother, David (Zachary Booth, “Keep the Lights On”), she is skilled and fearless in her pursuit of the demons that live in others. Like those that she hunts, Maria is divided within herself, struggling with her own demon, Abigail, who resides inside of her, feeding on the evil Maria exorcises from others. Maria and Abigail share a soul and a destiny, but as Maria desperately tries to overtake Abigail, she will discover how far Abigail will go to remain a part of her.

WE tv announced this week that it will offer its next scripted series, “South of Hell,” as a true programming event – rolling out all seven episodes of the supernatural thriller in order in a Black Friday Binge, beginning at 6 pm ET/PT on Friday, November 27. All episodes of the series will premiere back-to-back as the suspense and drama unfolds and escalates over seven intense hours.

At the conclusion of the binge, on November 28th, the entire series will be available on VOD, download to own and TVE platforms.

“As viewer demand rises for TV Everywhere opportunities and audiences increasingly binge watch their favorite content, rolling out this entire series on one night and making it available immediately on alternate platforms is a great way to super serve our fans,” said Marc Juris, WE tv’s president.

To support this “Black Friday Binge” event, WE tv will offer live, shareable GIFs inside the WE tv app during the linear premiere, and exclusive bonus content on WEtv.com, including behind-the-scenes videos and photos, cast interviews and more.

In addition to Roth, an array of respected directors shepherded individual episodes of “South of Hell,” including Ti West (“House of the Devil,” “The Sacrament”), Rachel Talalay (“Doctor Who,” “Tank Girl”), Jennifer Lynch (“The Walking Dead,” “Teen Wolf”) and Jeremiah Chechik (“Helix,” “Reign”). 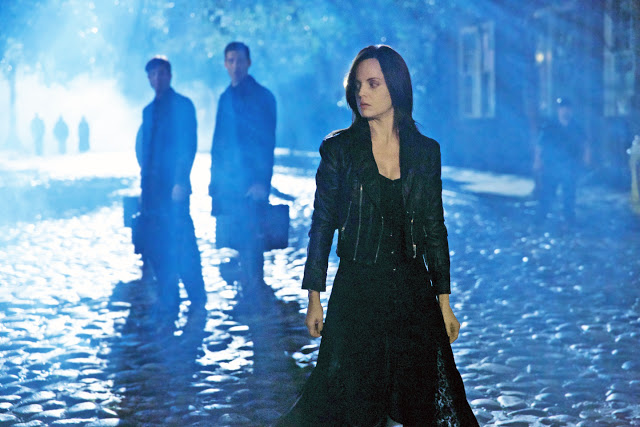