You guys: Ta-Nehisi Coates is going to write Black Panther.
TA-NEHISI COATES – Pulitzer Prize-winning author at The Atlantic, America’s premier writer on race and society, recent MacArthur “genius” grant recipient, blerd king par excellence – IS WRITING BLACK PANTHER!
When I first read the news last week, I had one thought: “I need this in my life.”
And I do! I need this in my life. All of this! 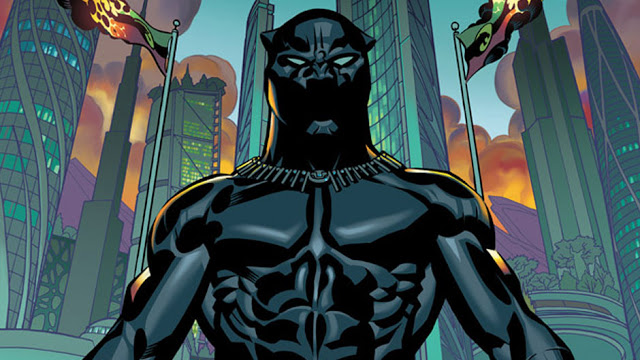 When the days are long and the nights are tough, I may whip out that New York Times article breaking the news, and read it a hundred times.
I may print the article, roll up the sheet of paper, and place it into a block of wood shaped like Black Panther’s mask, which I hang in a door frame and kiss upon entering and exiting my home.
It’s also awesome that, of all the people who could illustrate this comic, Brian Stelfreeze is the guy.

I remember as a young lad reading Batman comics, and how Stelfreeze’s slick, angular covers further pushed my desire to draw.

So many of the great Black Panther stories involve strife within Wakanda, so Coates’ upcoming yearlong “A Nation Under Our Feet” storyline featuring a violent uprising in his country set off by a superhuman terrorist group is quite promising. 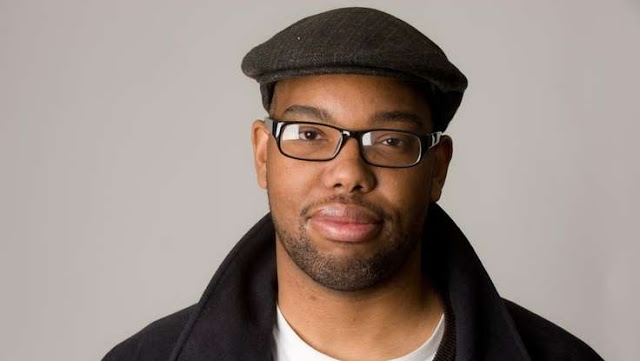 Coates follows in a heritage of black authors communing with the Panther God. Christopher Priest wrote a 62-issue run from 1998 to 2003, followed by Reginald Hudlin’s take on the character beginning in 2005.
Under Priest, Black Panther combined racial awakening with the all the whiz-bang of Marvel Comics. If any superhero was going to travel through time via magic frogs to fight the Ku Klux Klan and apartheid South Africa? There also was something touching about T’Challa and his outsider status among The Avengers, his rivalry with Tony Stark, and ambivalence toward the U.S. government – sometimes working with it, sometimes against it. 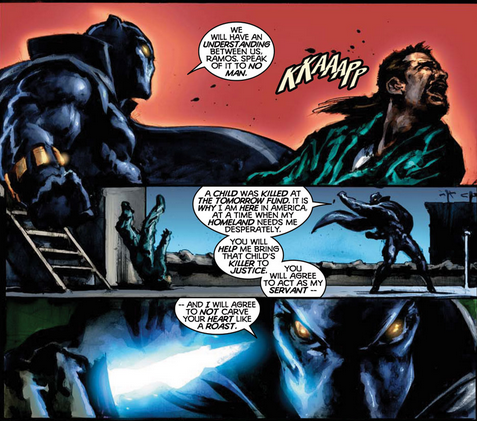 Then Hudlin came along, giving me even more life through his focus on what T’Challa would mean in a society and world based on white supremacy. And not just the “very special episode” way that mainstream superhero comics deal with racism, either.

Rather, what would it mean to deal with Wakanda, a never-conquered African nation. A nation that is the most technologically advanced in the world. A nation sitting on a giant supply of super-rare metal. And whose king is the eighth most-intelligent person on the planet.

And he has superpowers … endowed by … a panther god?

So I wonder what Ta-Nehisi Coates, the man who has best encapsulated this racial moment in America – of police brutality, Black Lives Matter, reparations, riots, kids arrested for clocks, and dozens of lives cut down, detained and demeaned – may have in store for us.
After all, our pop culture hasn’t been immune from this atmosphere. These are the days when Nicki Minaj stands between Rebel Wilson making a horrible joke about “stripper police” amid a national furor over police brutality against people of color, blaxploitation-tastic Miley Cyrus calling Snoop Dogg “mammy,” and people are mad at Nicki Minaj because she called Cyrus a bitch for saying some bitchy tone-policing stuff about her. 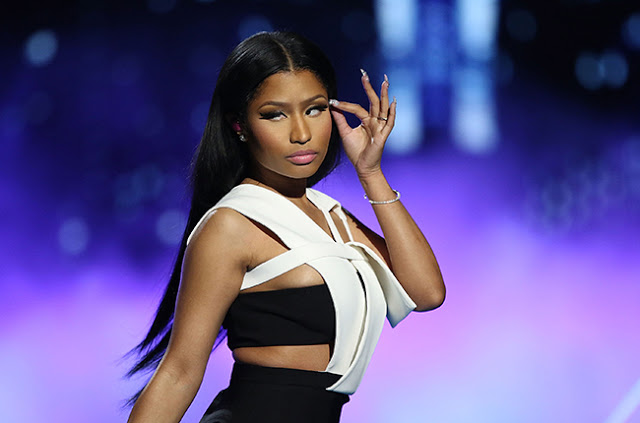 These are the days of Shonda Rhimes owning ABC with top-rated dramas with women of color up front. Of Viola Davis taking her straight-hair wig off, which may be the blackest TV moment of all time, then becoming the first black woman to win an Emmy for drama. Lee Daniels is blowing the doors of respectability politics with Empire, his emotional roller coaster masterpiece and mess-terpiece combining soap opera, cheese and the panoply of blackness in every hue.
Welcome the age when Furious 7’s super-diverse super-team, Straight Outta Compton’s N.W.A. haigiography and The Perfect Guy’s Blank From Hell have ruled at the box office. Of Matt Damon whitesplaining diversity to a black female movie producer, and people actually siding with Effie Brown.
And now this can become the time when Black Panther will be the talk of the nation as Coates unfolds his yearlong tale. If Coates can bring his trademark mix of commanding storytelling, fact-entrenched rhetoric and comprehensive historical sweep to fiction, we’re in for something special. 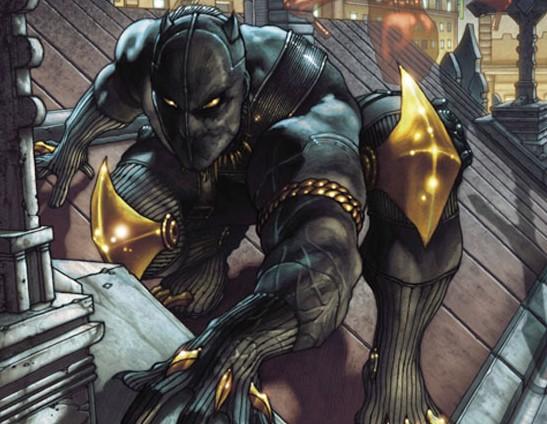 I hope Coates’ run is so special that Marvel Studios regrets letting Ava DuVernay step away from the Chadwick Boseman-starring Black Panther movie scheduled to drop in 2018. Maybe DuVernay wasn’t interested in doing mere table setting for Avengers: Infinity War – Part 2 and a likely more race-conscious Wakanda in full Afrofuturist splendor.
Once Coates is finished with his take on T’Challa, I hope a black female writer comes next. Mikki Kendall, for example, stepped into writing comics recently with Swords of Sorrow (Dynamite). Her issue was solid, and anybody with Gail Simone’s co-sign has to know what they’re doing. Based on this and other writing, I’m interested in what’s next for her.
But for now? I’m waiting. Amandla!