The idea to write a sci-fi adventure novel based on Moby Dick, and with environmental overtones, evolved in a slow and serendipitous way, beginning with an article in the New York Times about space junk — those nuts, bolts, parts of old satellites and rockets that orbit the earth and are numerous enough to be a danger to working satellites, space vehicles, and stations.

Accompanying the the Times article was an artist’s rendering that looked something like this.

Imagine that all the white stuff is debris.

If you saw the movie, Gravity, you may remember this scene where the space station is destroyed when a loose field of debris blasts through it. In an earlier scene another debris field had destroyed the space shuttle. 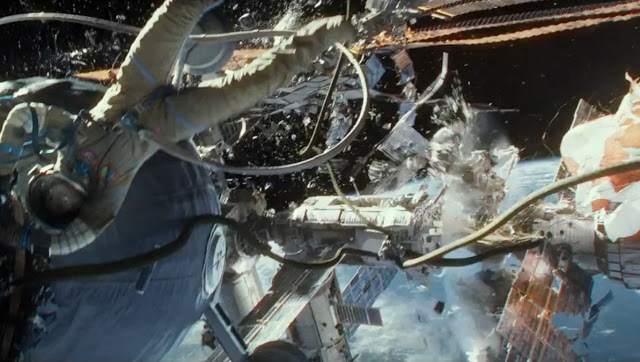 My original thought was to write about space junk collectors who sail through space on solar winds, pulling vast nets much the way sea-going trawlers on Earth gather fish.

Only they’d be gathering space debris.

The concept of trawling through space for junk was my original idea, but not the idea of ships sailing on solar winds.

That I remembered from a story called The Sunjammer by Arthur C. Clarke which appeared in a 1964 issue of Boy’s Life. 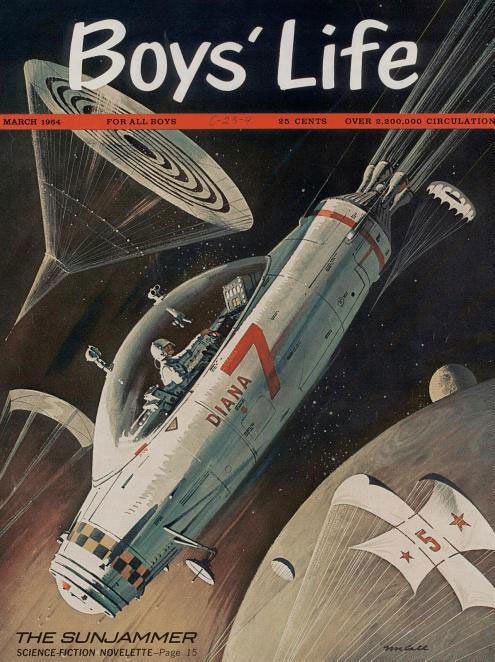 Originally, my purpose in writing the book was to point out (in an exciting and entertaining way, of course), that we humans have not only managed to pollute the earth with our garbage, but much of the near space around us as well.

We often hear people complain about invasive species, that is, plants, animals, or pathogens that are non-native to a particular ecosystem, and whose introduction to that ecosystem causes or is likely to cause harm to the native life. Zebra mussels, West Nile virus and Dutch elm disease all qualify.

But none of them hold a candle to the most enduring, and damaging, invasive species ever — humans.

Not only have we ruined a great deal of the Earth, but the near space around us as well.

To make the story entertaining and exciting, it would need danger, and to my mind that led to space pirates. But, as is always the case in creating stories, that also led to a problem. Why would space pirates care about nuts, bolts, spent rocket stages, broken satellites, and other floating detritus?

So I decided that the quest would have to be for something much more valuable (more along the lines of the wonderfully named Unobtanium from the movie Avatar), something that space pirates would crave. 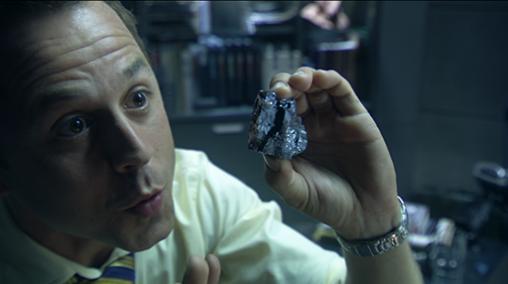 It was around this point in my thinking that I started to listen to the audio version of Nathaniel Phillbrick’s book, Why Read Moby Dick? which I’d picked up because at the time (well, actually, even today) I couldn’t quite wrap my brain around what makes that novel such a famous and renowned work of fiction. 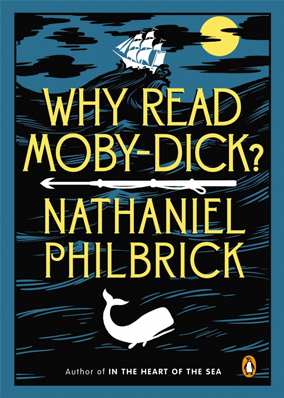 While I’m not sure Philbrick’s book ever quitey answered its titular question, it did inspire me to incorporate the plot of Moby Dick in my story… up to a point. Melville’s famous novel does not include run-ins with pirates, nor does it feature a clan of enlightened and highly-evolved islanders.

And finally, as to the amazing, earth-shattering, utterly surprising ending to The Beast of Cretacea?

I believe I can take credit for that single-handedly.

Incidentally, the evolution of The Beast of Cretacea recently came full circle when I was contacted by the editors of Boy’s Life and asked to contribute a short story about Cretacea to the magazine.

Todd Strasser is the author of more than 100 books including such award-winning novels, such as The Wave, Give A Boy A Gun, Boot Camp, and Fallout. His newest novel, The Beast of Cretacea has already received numorous rave reviews. Publisher’s Weekly said the book is, “Equal parts Moby-Dick retelling, environmental cautionary tale, and coming-of-age story. Strasser’s fantastical SF epic blends disparate pieces into a harmonious whole… Filled with luscious depictions of life at sea that harken back to the golden age of science fiction, Strasser weaves an engrossing tapestry that evokes a sense of wonder and calls to the imagination.”

Beast of Cretacea is available now at bookstores and e-tailers.