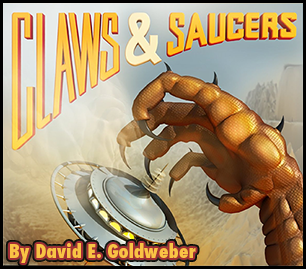 When we think of horror movies with a voodoo theme, we probably think first of 80s movies like Angel Heart, The Serpent and the Rainbow, and maybe Child’s Play, but voodoo’s movie heyday was actually back in the 30s and 40s.

Let’s briefly define “voodoo” and then list these voodoo films from decades past.

Voodoo is somewhat hard to define, but broadly it refers to a collection of spiritual practices that originated in various parts of Africa and got consolidated among Haitian slaves during the 1700s.

In the Caribbean it is known as “obeah.”

Beliefs vary among practitioners, but a common tenet is that all things are interconnected, so we can affect our own destinies – and others’ destinies – if we conduct the proper ritual with the proper materials.

God is usually distant, but there are spirits all around us – and they may do our bidding if we please them.  An object containing a captured spirit is a “wanga” (“ouanga”).  Music and dancing were common requirements for magic to work.

In actual past and present practice, voodoo is heavily mixed with Catholicism and most of its charms are happy and protective.  But in the movies, voodoo is almost always portrayed as sinister.

Zombie creation, like much of what we associate with voodoo, has its origins in Haiti.  It was considered black magic rather than real voodoo, but voodoo priests could dabble in black magic from time to time.

In real life, “zombies” were probably living victims drugged by black magic “sorcerers” into a state of delirium and suggestibility.  But since some victims would fall unconscious before awaking in delirium, zombies became popularly associated with the undead.

In cinema, voodoo zombies resemble robotic servants.  They usually have a mission, so they are more purposeful than the wandering flesh-eating zombies that came into their own with Night of the Living Dead.

The heyday of voodoo movies was the 1930s and 40s, and as we’ll see, below, zombies grew increasingly prominent over the years. 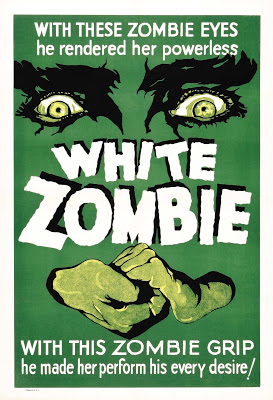 Here’s the first, and one of the most famous, of all voodoo movies.  It stars Bela Lugosi, a year after Dracula, with pointy eyebrows and a double-pointed beard.  He’s the evil Haitian sorcerer who turns the blonde heroine into a zombie.  It’s a little light on action for modern tastes, but go ahead and watch for the atmosphere, and note the strange “voyeur” shots where we viewers seem to spy on the actors through crevices or veils. 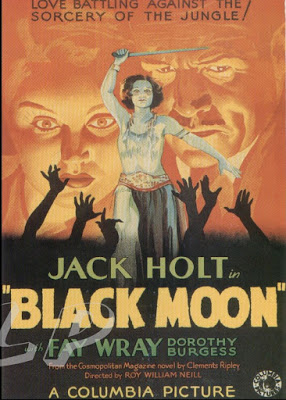 Starring the gorgeous Fay Wray a year after King Kong, this little-known voodoo love triangle picture features a good amount of pre-Code sleaze.  Wray is a secretary who travels with her boss to the West Indies and who ultimately must save the boss’s young daughter from getting sacrificed in a voodoo ritual.

The ritual – with natives chanting spells, beating drums, and dancing around a fire – would become familiar by the end of the decade.  It’s part drama, part horror, part adventure – and almost all good. 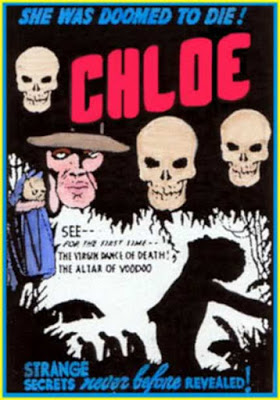 This one is actually a “race” movie about a white girl (Chloe, our heroine) mistaken for a black girl.  But it’s set in Florida where the girl’s stepmother is a voodoo priestess.  Voodoo gets mentioned a few times along the way, and we finally get a voodoo ritual (with the drums, fires, and dancing) at the end.  I recommend it for voodoo completists only.

This 75-minute feature appears to be lost, but I mention it for completeness.  As of this writing, only the credits remain. 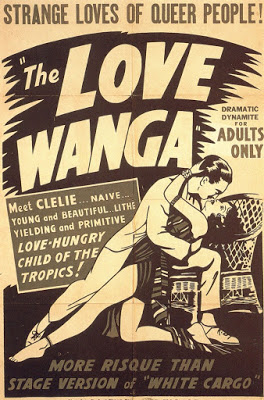 I love this one.  It’s a “race” picture like Chloe (see above) but the mixed-race anti-heroine is herself a voodoo priestess.  She creates love charms to seduce our white hero.  When she can’t get the guy, she raises two shirtless zombies from their graves!  At the end she meets a fairly nasty demise.

At times it’s closer to exploitation than horror.  It has a lot of action, including several voodoo dance rituals.  It was filmed on location in the Caribbean.  Remade in 1939 as The Devil’s Daughter, but this remake is non-supernatural; the remake also uses an all black cast, so it has no interracial interest.  Surviving prints of Ouanga are shaky, but still worth searching out. 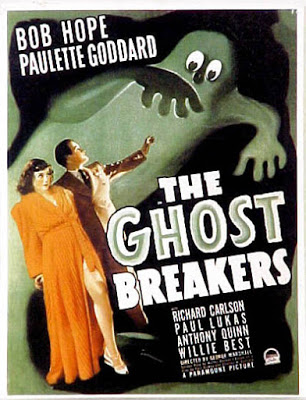 It’s mostly a Bob Hope comedy, but it has an old dark Cuban mansion infested with ghosts and zombies, so we’ll include it on our list.  Things keep happening one minute after the next, and lines are spoken quickly, so be on your toes as you watch.

A “darkie” servant is among those spooked by the zombies, but the racial humor is well intended.  Noble Johnson (the native chief from King Kong) plays the big bald-headed zombie, perhaps the most powerful-looking zombie of the 40s. 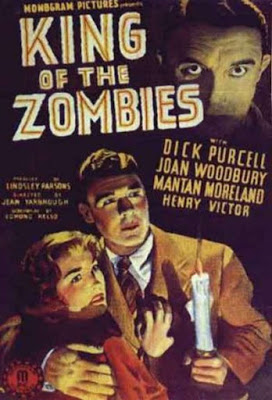 Billed as a sequel to White Zombie, it’s actually a horror comedy closer to The Ghost Breakers.  Like Ghost Breakers, it contains a fair amount of “get me outta heah!” darkie humor – but if you can accept that, then by all means watch.

Alongside being funny, it has a zombie master and a voodoo sequence.  The voodoo ritual happens in a dungeon-like basement rather than at the usual bonfire, but the drums and voodoo atmosphere are spooky.  It spawned a non-supernatural 61-minute sequel, Revenge of the Zombies with John Carradine (1943). 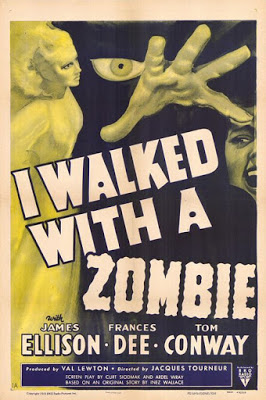 This most famous of all voodoo movies is titled like an exploitation film but actually unfolds calmly and wistfully.  Sure, it’s spooky, and you’ll never forget those rhythmic drums.  But it’s more weird and atmospheric than horrifying.  Producer Val Lewton is famous for engineering “walk” sequences, and here the heroine walks with a zombie across a spooky moonlit sugar cane field. 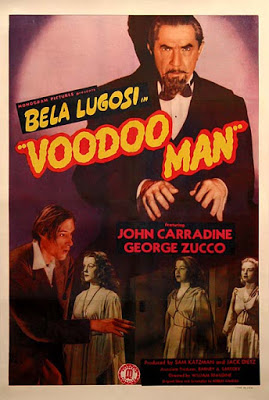 Here’s Bela Lugosi again, calling up zombies like he did a dozen years earlier in White Zombie.  But here the atmosphere is manic-comic, with supporting actors George Zucco and John Carradine often seeming insane, almost drugged.  Monogram movies aren’t known for high energy, but somehow it all came together in this one.

This was an exploitation documentary with an all-black cast, but as of this writing it is considered lost.  I include it to make sure my list is complete. 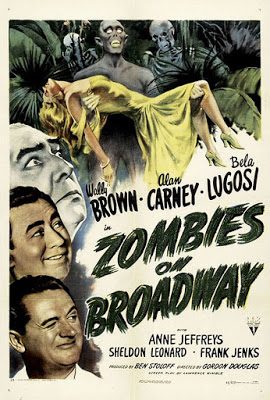 It’s Bela Lugosi as a zombie master yet again, and yet again it’s very fun.  It’s mostly a comedy, as the title implies, and it’s still pretty funny all these decades later.  It’s no Ghost Breakers, but what is?

Some shady Broadway producers head to the Caribbean to bring back a real zombie for a show.  The voodoo/zombie stuff imitates I Walked with a Zombie, though it’s less supernatural and more scientific.