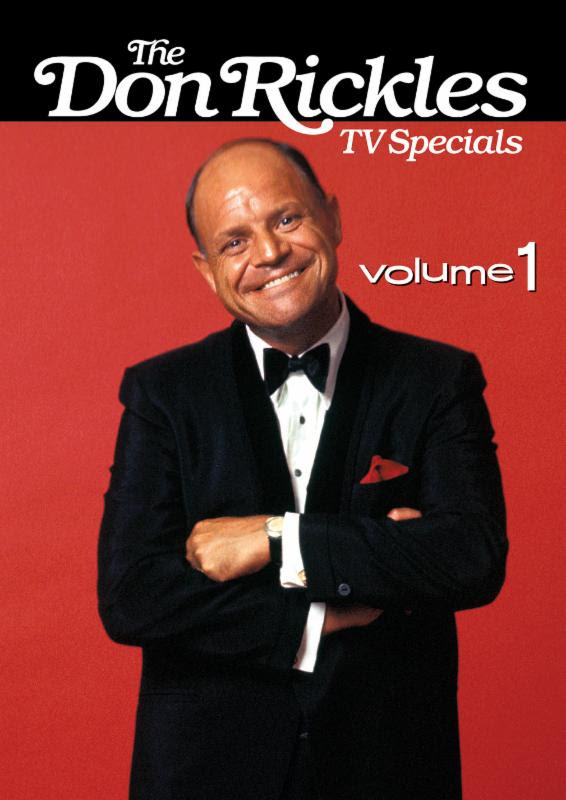 We know Don Rickles as the “Prince of Put-downs”; the man who receives no residuals from the NHL for all the times he affectionately called another slack-jawed fan a hockey puck. Don’s mouth and mind operate at 100 mph in a world where 55 is the norm. And a snappy reply is pointless; he has a finely -honed barb for every attempted comeback. But if you’ve never seen Don Rickles TV specials, you don’t know Jack about Don.

Credit CBS and ABC for offering Rickles the chance to showcase his talents in the two ’70s-era TV specials featured in THE DON RICKLES TV SPECIALS: VOLUME 1. “Mr. Warmth” jokes, sings, dances, acts and expands the comedy horizons of the typical variety show and he wears many hats while doing so — and some rather interesting hairpieces. Amidst all the stingers and zingers, Rickles was never afraid to laugh at himself, and celebrities of the day always loved entering his world. And in these memorable TV classics, home audiences are treated to an incredible line-up of Hollywood royalty who took Don’s jabs with aplomb – and dished it out, as well. The legendary Rickles, however, was always in charge. Because, for Don, it’s always better to give than to receive….

And we’re giving away two copies of THE DON RICKLES TV SPECIALS: VOLUME 1!

To enter, please send an email with the subject header “RICKLES TV” to geekcontest @ gmail dot com and answer the following: