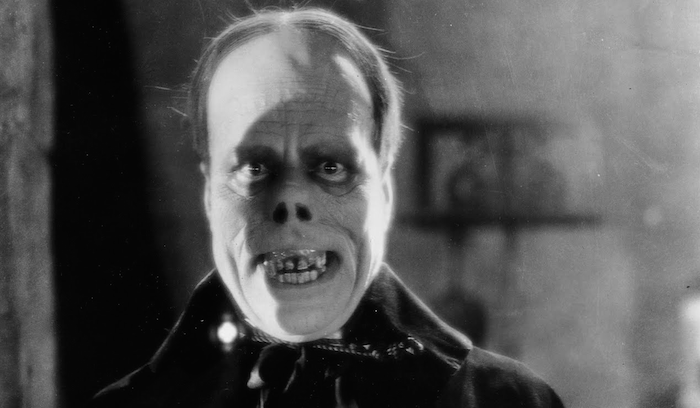 A forerunner of the American horror film, and one of the most lavish productions of the silent cinema, THE PHANTOM OF THE OPERA has inspired countless remakes and imitations. But none of its successors can rival the mesmerizing blend of romance and mystery that haunts every frame of the Lon Chaney original. This edition presents the 1929 theatrical version, restored from archival 35mm elements by Film Preservation Associates. It is highlighted by the Technicolor Bal Masque sequence (in which the Phantom interrupts the revelry wearing the scarlet robes of the Red Death), as well as meticulously hand-colored sequences (replicating the Handschiegl Color Process). The film is presented at two different historically-accurate projection speeds, each with two different soundtrack options. Also included is the 1925 theatrical version, which survives only in poor-quality prints, but contains scenes that were removed from the 1929 release version.

Below check out the legendary unmasking sequence, as it appears in the 2015 Kino Lorber Blu-ray release of THE PHANTOM OF THE OPERA with music by the Alloy Orchestra. 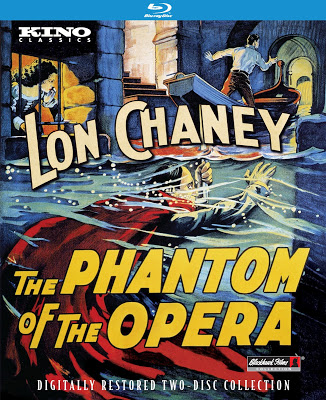 To enter, please send an email with the subject header “PHANTOM OF THE OPERA” to geekcontest @ gmail dot com and answer the following:

Lon Chaney followed his role as ‘The Phantom’ by playing ‘Echo, the Ventriloquist’ in this silent film which was remade five years later as a talkie?