Ponch and Jon are back in the fourth installment of the six season series of highway crime fighting, as CHiPs: The Complete Fourth Season is released for fans to enjoy! The star-studded cast includes Golden Globe nominated Erik Estrada and Larry Wilcox as California Highway Patrol motorcycle officers Francis “Ponch” Poncherello and Jon Baker. The successful series has inspired the all-new upcoming theatrical release starring Dax Shepard as Jon Baker and Michael Peña as Frank Poncherello. The excitement and action-packed drama continues as Warner Bros. Home Entertainment releases CHiPs: The Complete Fourth Season on March 15, 2016 for $29.9

In season four, the highway adventures continue with Ponch and Jon as they continue to keep the busy freeway of California safe from crime. Whether making routine stops for speeding or nabbing criminals on the run, California Highway Patrol is on the case. Nothing can stop these fearless partners, as they hit the streets of Southern California, in the pursuit of justice and highway safety. CHiPs: The Complete Fourth Season provides endless entertainment and action throughout all 21 episodes and will leave you longing for the release of season five!

“We are excited to release CHiPs: The Complete Fourth Season for the first time ever on DVD,” said Rosemary Markson, WBHEG Senior Vice President, Television Marketing. “We are thrilled to share the exciting fourth season of this hit show with fans of all ages.” 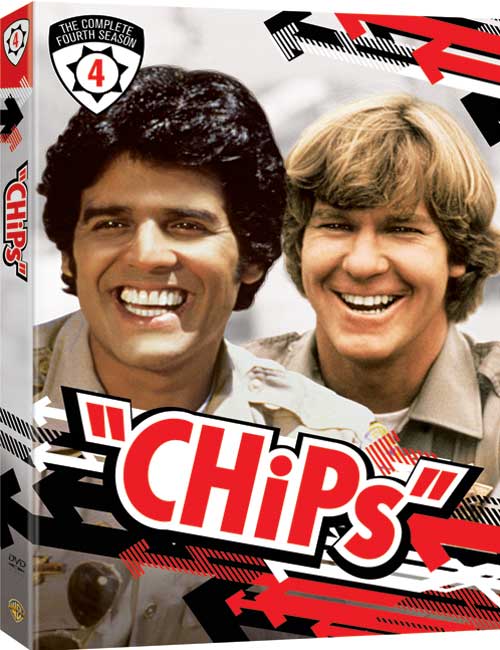 18. The Hawk and the Hunter

Warner Bros. Home Entertainment (WBHE) brings together Warner Bros. Entertainment’s home video, digital distribution, interactive entertainment, technical operations and anti-piracy businesses in order to maximize current and next-generation distribution scenarios. An industry leader since its inception, WBHE oversees the global distribution of content through packaged goods (Blu-ray Disc™ and DVD) and digital media in the form of electronic sell-through and video-on-demand via cable, satellite, online and mobile channels, and is a significant developer and publisher for console and online video game titles worldwide. WBHE distributes its product through third party retail partners and licensees, as well as directly to consumers through WBShop.com