While a number of big movies, including Concussion and The Big Short, premiered at AFI Fest, a number of smaller movies might not get as much press but are definitely worth your time. 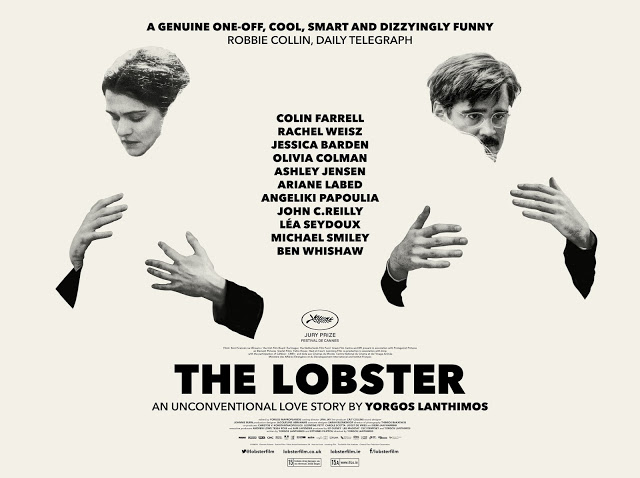 The second film (and first English-language film) from Dogtooth director Yorgos Lanthimos is an absurdist black comedy in which being single is illegal. Anyone so unfortunate as to have their partner leave them or die must find another mate in 45 days or be turned into an animal. Main character David (Colin Farrell) decides being a lobster wouldn’t be so bad, if it comes to that. A full review must wait until the film’s release in March, but this is a movie that I can see being taught in film classes for years to come. It’s very much in the vein of surrealist director Luis Buñuel and modern oddball artists Michel Gondry and Spike Jonze with a dose of bleakness as dismal as that of fellow Greek director Theo Angelopoulos. While it’s wryly funny in its absurdity, it’s also much darker than most American films would ever dare be. Yorgos Lanthimos has an utterly unique vision and this is a film you’re not likely to forget. 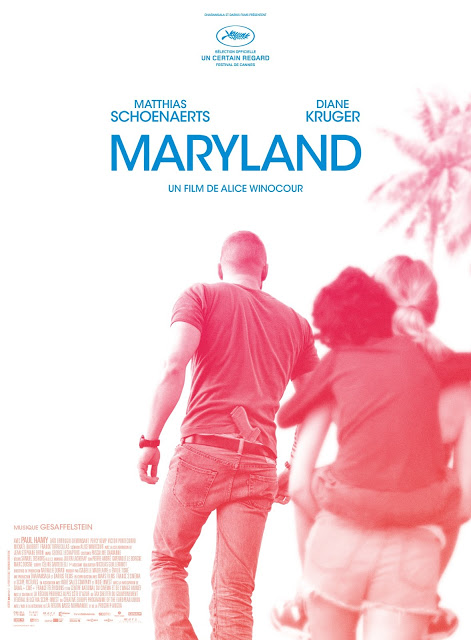 While this sounds like a genre film – a military vet with PTSD takes on temporary security duties for a wealthy Lebanese businessman and his family – it’s really anything but. As Winocour said at the film’s screening, she wanted it to be very sensory and we experience everything as Vincent (Matthias Schoenaerts) does. Since he’s self-medicating and prone to paranoia, we wonder if he’s just imagining sinister undercurrents at the party he and his mates are hired to work. Vincent’s brought back for solo security duty when the husband goes on a business trip and it’s clear he’s falling for the pretty German wife (Diane Kruger). A trip to the beach becomes an exercise in paranoia: Is there a car following them or is Vincent losing it? If you’re looking for a fast-paced action film, this isn’t it, but it is a stylish psychological (though slowly paced) thriller. The techno score by Gesaffelstein  is terrific. (The film is called Maryland in France, after the name of the enormous estate Vincent is hired to guard.)

Winocour did well at the festival: She won a New Auteurs Special Jury Mention for her direction of Disorder and Mustang, for which she wrote the screenplay, won the New Auteurs Audience Award. 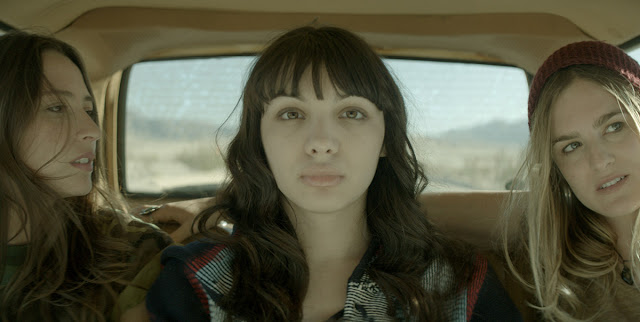 Several unlucky people find that taking the freeway Southbound is actually the highway to hell in this anthology horror film from some of the folks behind V/H/S. Each story connects to the next (some in more clever ways than others). We’re not given much back story on any of the characters, which may you care less about what happens to them, but if you’re expecting something horrible in each segment, you won’t be disappointed.

In the film’s opener, The Way Out (directed by Radio Silence and written by Matt Bettinelli-Olpin) two blood-spattered and freaked-out men are fleeing from something. We slowly start to see the wraiths pursing them too, which are even more terrifying because they’re in full view in broad daylight. The CG here is pretty impressive for what I assume is a small budget.

Also very strong (and very gory) is The Accident (directed and written by David Bruckner), in which a man has a moral dilemma after hitting someone on the road. Does he stop and help or just keep driving? This one had the audience squirming and talking back to the screen.

I really enjoyed Siren, directed and co-written by Roxanne Benjamin, in which an all-girl rock trio’s van breaks down in the middle of nowhere. Two of the women want to accept the first ride that comes along, but Sadie has a bad feeling about the overly friendly middle-aged couple. Sure enough, they have a sinister motive in luring three pretty young women to their house. It’s the funniest of the segments and Benjamin is definitely a director to watch.

In the final story, a family’s final vacation with their college-bound daughter is interrupted by three masked men in a scenario straight out of You’re Next.

The weakest segment, by far, is Jailbreak (directed and co-written by Patrick Horvath) in which a man who’s been searching for his sister for 10 years finally finds her in a small desert town with strange residents. This one just doesn’t mesh well with the other stories and the overlaps to the other segments are complete throwaways. 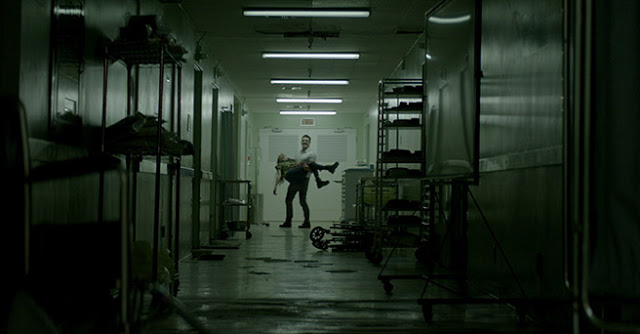 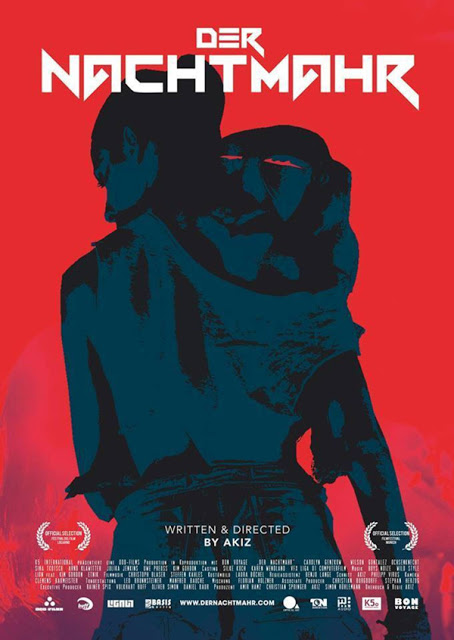 Der Nachtmahr (The Nightmare) is a very hard film to classify. Despite the fact that it’s about a teenager being haunted by something creepy after a party, it doesn’t really invite comparison to It Follows and is most certainly not a horror film, at least not the kind you’d expecting. Imdb lists it as a “mystery/drama,” but that’s not exactly accurate either. It’s more of a hallucinatory tale of a girl’s breakdown… as told in a German version of E.T.

Tina (Carolyn Genzkow) is a regular teenager who likes going to raves with her friends and getting high. Her only concern is whether the guy she likes is with someone else, until she sees something strange in the bushes when she goes to pee. She passes out – or was she hit by a car? It’s not clear what’s really happening in this film right up through the ending. No one seems to see the creature but her, so her parents and friends think she’s either lying or mad. At first she’s horrified by the thing, which looks like a less cuddly E.T. But slowly she becomes fond of it, especially when she realizes that what happens to it happens to her as well: If it bleeds, she bleeds. She realizes she’s got to stand up for the creature, which is of course standing up for herself.

Sonic Youth’s Kim Gordon makes a small appearance as a English teacher who’s (no accident) asking her students to interpret the symbolism of William Blake. She also provides the vocals for the song “Grey Sedan” that plays over the credits.

The film seems inspired by the famous Fuseli gothic painting “The Nightmare” and yet the final effect is almost – dare I say – cute. It ends up being far more like Spielberg’s doll-like alien than, say, Frank the Rabbit in Donnie Darko.

While I’ve got my own theory, I’ve spent as much time pondering why the film doesn’t work as well as Donnie Darko, a film it clearly would like to be.