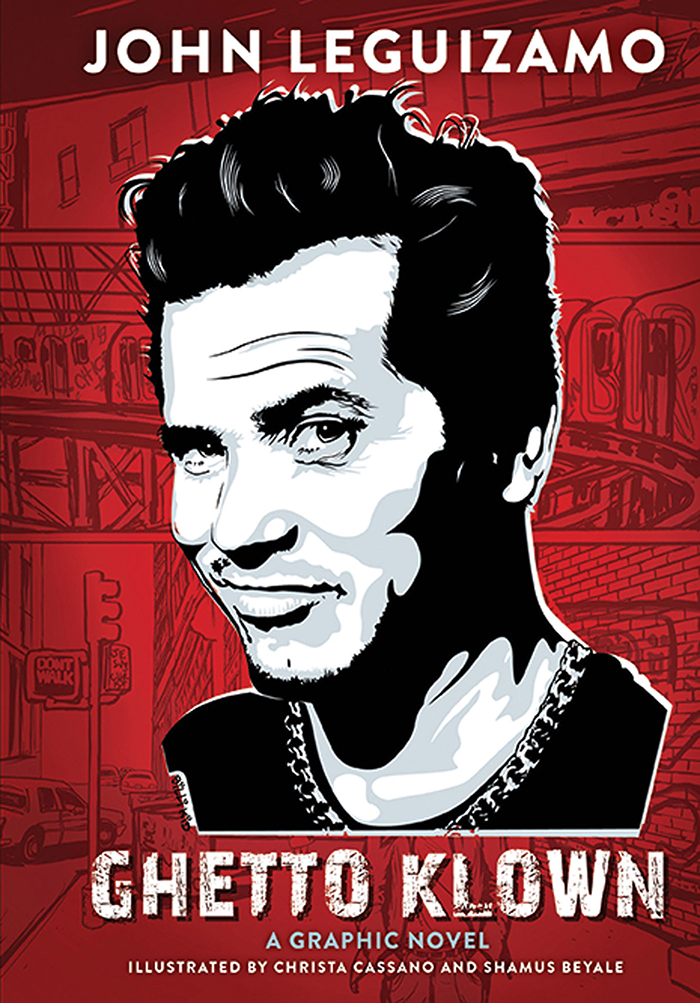 Written by celebrated actor John Leguizamo (Chef, Romeo + Juliet, Summer of Sam) and illustrated by Christa Cassano and Shamus Beyale and adapted from the award-winning Broadway show and HBO special of the same name.

In Ghetto Klown, Leguizamo lays bare his early years in blue-collar Queens, his salvation through acting and writing, and his colorful career trajectory. He brings readers to the sets of his films opposite stars such as Al Pacino and Patrick Swayze and with directors such as Baz Luhrmann, while also opening up about this offstage life in love and marriage. In this candid graphic novel memoir, published by Abrams ComicArts, Leguizamo offers a strong message of moving beyond self-doubt – and beyond the doubters — to claim some happiness.

After the jump, check out an excerpt from the book focusing on Leguizamo’s experiences on the set of Carlito’s Way with star Al Pacino and director Brian De Palma. 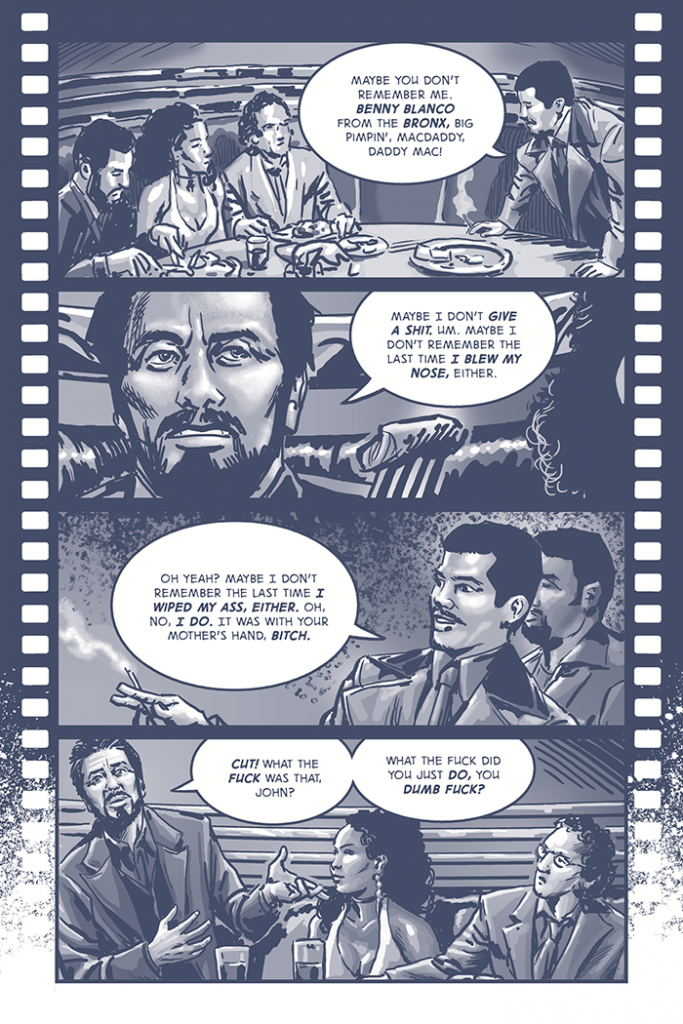 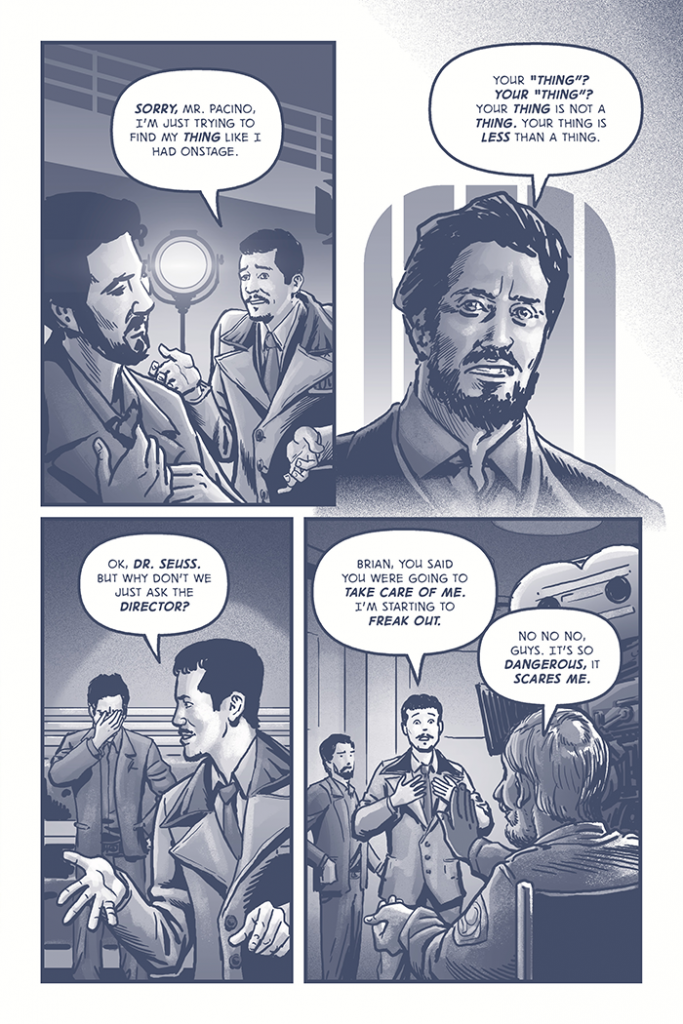 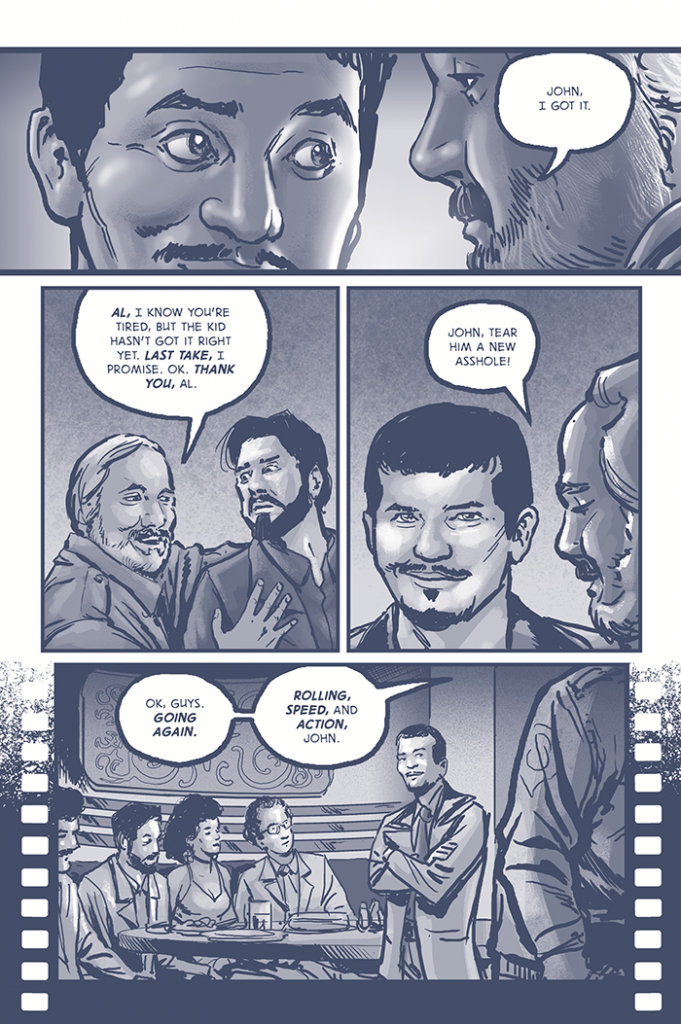 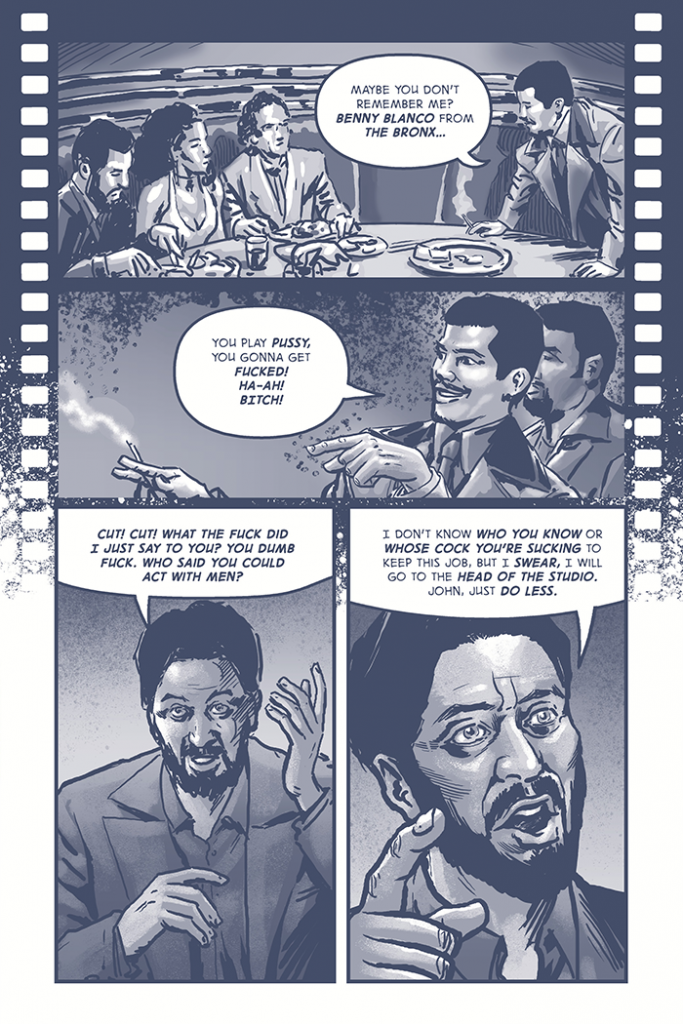 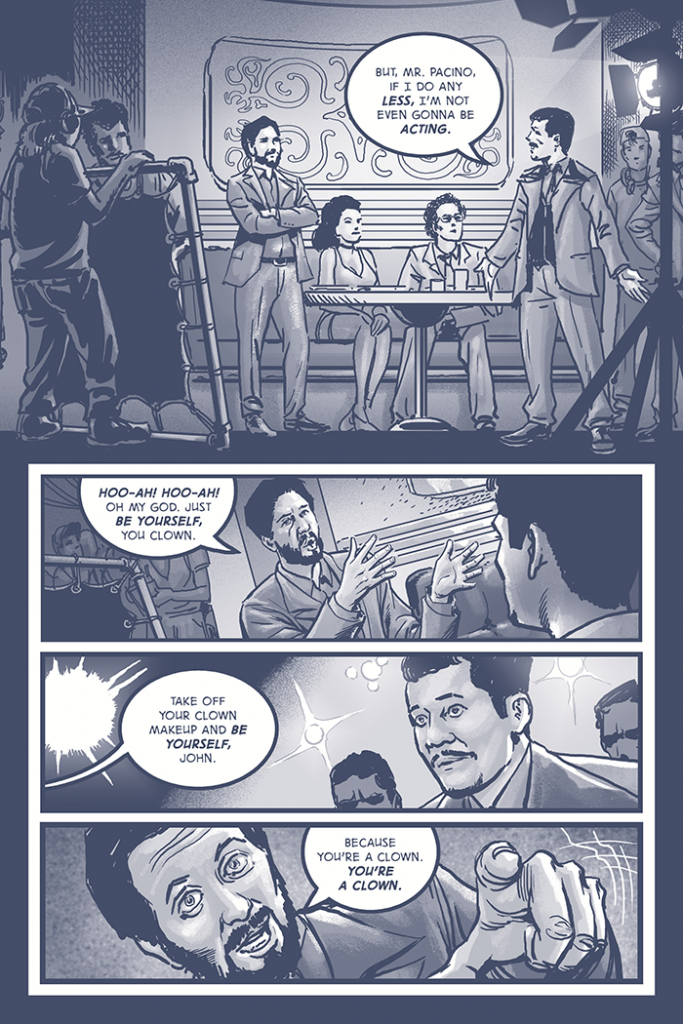 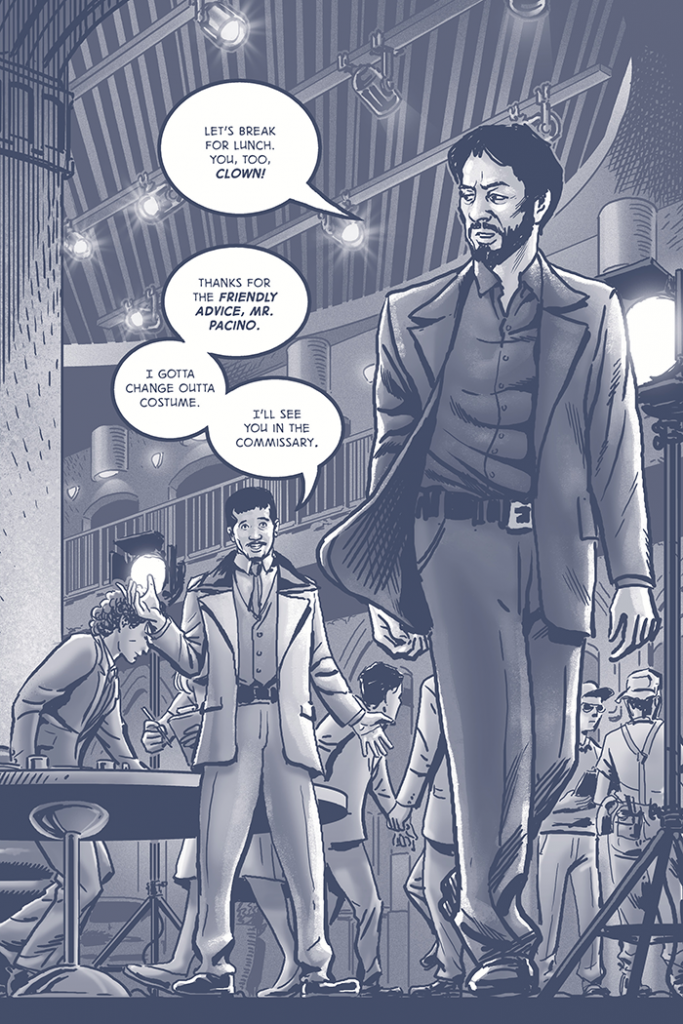 Ghetto Klown is available now at bookstores, e-tailers and via digital