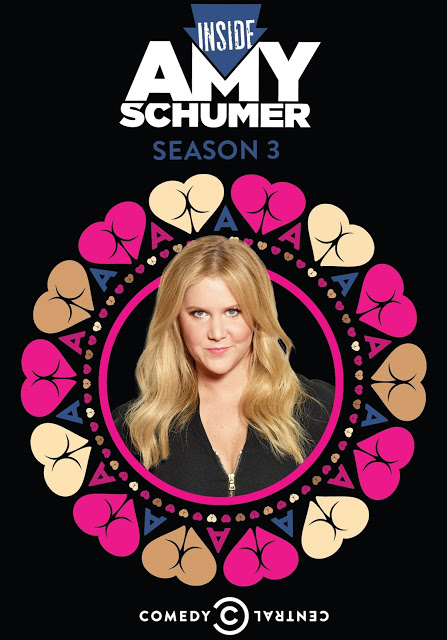 Straight from Amy Schumer’s provocative and hilariously wicked mind, Inside Amy Schumer explores sex, relationships and the general clusterf**k that is life with sketches, stand-up comedy and woman-on-the-street interviews.

Amy’s making it a threesome—of seasons, that is—as her smash hit series returns for a third round of the kind of taboo-smashing, Internet-breaking, wildly original comedy that can only be found Inside Amy Schumer. It features scripted vignettes, stand-up comedy, and man-on-the-street interviews; Schumer explores topics revolving around sex, relationships, and whether or not it’s the year of the ass.

Described as “so smart and the execution so accomplished and the performances so good” (Los Angeles Times) with a “laserlike focus on sex and sexual politics” (The New York Times) that is “unflinching, no holds barred, hilarious” (Vulture).