Here at FOG! HQ lots of cool stuff comes in, giving us the opportunity to check out some merchandise.

Here’s our thoughts on some of the latest stuff that’s passed through our rigorous testing.

Billy Batson aka Captain Marvel, the World’s Mightiest Mortal gains his powers from the Immortal Wizard Shazam, simply by saying his name.

With a bolt of lightning Batson becomes Captain Marvel and is bestowed with the wisdom of Solomon, the strength of Hercules, the stamina of Atlas, the power of Zeus, the courage of Achilles and the speed of Mercury, in other words, an acronym for, Shazam!

As one of the most iconic characters in comics, this shirt is a must have. 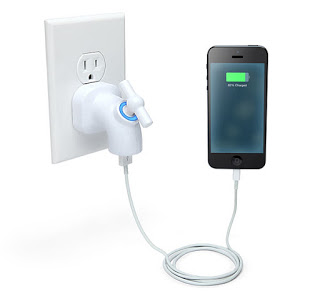 In today’s gadget-focused world, there’s one universal truth.  Everyone needs a charger.

Which is why this gadget is truly a must have.  Plugged in to an ordinary outlet, this charger resembles a water spout and is compatible with most USB charging cables.

To charge your phone, plug your device’s USB charging cable into the spout and then plug the Power Tap directly into your mains. Turning the knob turns on the power and the charger is compatible with iPad, iPhone, Smartphone, Tablet and most other USB charging cables.

Perfect for the holiday season, when visitors drop by for a visit (and a charge)!

This 20 oz. water bottle is emblazoned with the visages of the Dynamic Duo as depicted on the cover of Batman #1 from way back in Spring 1940 is the perfect addition to your messenger bag or backpack (or utility belt).

The flip top prevents leaking, but keeps your valuable elixirs safe within.

Perfect for keeping the thirst quenched in any crime fighter. 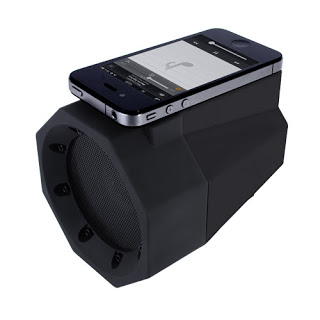 The worst thing about listening to music through a Smart phone speaker is that the volume is pretty low.  With so many streaming music services, it can get frustrating that the only way that you can hear them well is having to hook your phone up to an external speaker, which instantly becomes an issue when your phone rings.

Fortunately, the Touch Speaker Boombox has arrived.  Not requiring to be plugged in, you can just place your phone on top of the speaker which significantly amplifies the sound.  Each charge lasts for 10 hours (charge via included micro USB cable).  It also can be used with your laptop or iPod with the included 3.5mm jack port.

And, if your phone rings, you can just pick it up and answer, no need to disconnect!

The sound in both volume and quality is impressive and this is a perfect gift for anyone who utilizes Spotify, Apple Music or Pandora on a regular basis.

Joker 3 Of A Kind T-Shirt

His past is an enigma.  Who is the Joker?  A failed comedian?  The Red Hood?  Part of an organized crime cartel?  None of the above?

As depicted by Brian Bollland, who depicted all of these scenarios in The Killing Joke with writer Alan Moore, this shirt captures the Clown Prince of Crime in all of his glory.

This shirt shows all of the potential paths that led to the creation of the most dangerous rogue in Gotham City.

Or does it?  Remember, in the game of life, the Joker is wild.

If your workspace is anything like mine, the criminal element could be lurking around any stack of papers.

Which is why having an adorable miniature Dark Knight protecting my computer makes me sleep easy at night.

Standing an impressive 3 inches, this Caped Crusader is the most hugable Batman since Adam West donned his tights back in 1966!

This amazing shirt shows the Man of Steel propelling himself above the Metropolis skyline as depicted by artist Lee Bermejo.

As the most iconic superhero in the history of comics, this shirt is a reminder that the last son of Krypton is faster than a speeding bullet, more powerful than a locomotive and able to leap tall buildings in a single bound.

With Batman V. Superman arriving next year, this shirt is a strong argument that Batman might not walk away unscathed.