Films based on our beloved video games have a bad reputation and when you look at the offerings from Hollywood thus far, you can definitely see why.

Contrary to what you may think, it’s not entirely Uwe Boll’s fault either, fair play to the guy if he has the money and resources to make whatever he wants. I’d love that opportunity, who am I to criticise?

Even if Perfect Dark is an absolute train wreck. It’s not even the fault of whatever executive producer gave the go ahead for the Super Mario Bros. “film”, though I would still like punch him or her in the face.

The problem with video game films, in my opinion, lies with mainstream film goers. For the longest time (the eighties to the early 2000s), the majority of regular, every day folk were not gamers and many of the people involved in making video game films were in it for the money as opposed to being passionate about their project.

Jump forward to today and most households possess at least one games console and gaming itself is no longer a niche activity reserved only to an elite few.

Gaming is mainstream and before you scream at me in a rage…get over it.

Gaming becoming mainstream is not a bad thing, just because you liked something before it was popular or it dominated mainstream culture does not mean it’s bad, on the plus side there’s more of the thing you love and more people to talk to about it. When I was growing up, the only way to get hold of cool video game merchandise was to buy gaming magazines that gave away free stuff (sometimes).

Now, I can procure even the most obscure game merchandise if I so wish and that’s pretty freakin’ sweet.

That and the fact that the earliest gamers among us are now fully grown adults is part of the reason why, when a new film based on a video game is announced I am filled with excitement instead of the fear, anger or that token eye roll I got so used to.

Recently, images for an upcoming Assassin’s Creed film have been released featuring Michael Fassbender (an astounding actor who in my opinion, has never given a bad performance). 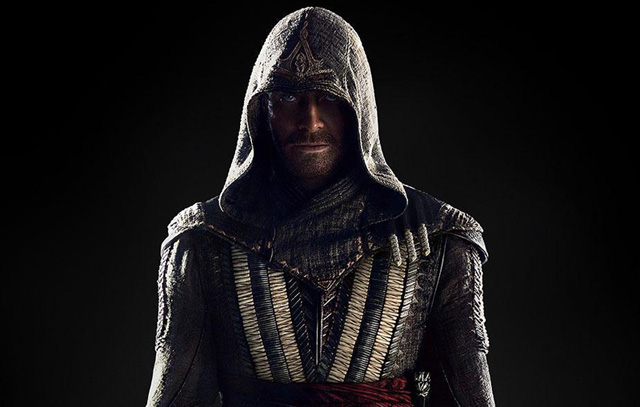 This fills me faith and optimism. However, I know there is still a chance, as with all films, that it might just be added to the graveyard of video game film atrocities (which is probably located round the back of Uwe Boll’s house and includes Pixels and Super Mario Bros. alongside Uwe’s entire back catalogue, you know, in case you were thinking of taking the worst trip ever).

There’s also the recent trailer for the upcoming World of Warcraft film, which, other than some ropey CGI (something that I always ignore in trailers because it never resembles the final product) looks surprisingly good. Perhaps it’s because of the director attached to the project, Duncan Jones (Moon, Source Code) who has actually played the game and is a self professed fan.

There’s a lot to be said about fan-made films too and films backed through crowd funding often look better than originals because those filmmakers have passion and love of their franchise, for example there’s a crowd funded Max Payne fan film Max Payne: Retribution which is generating a lot of interest because fans of Max Payne, myself included, feel that the paltry offering starring Mark Wahlberg was underwhelming! Either way, I think it’s fair to say that video game adaptations now have a fighting chance of success. If not, a girl can dream anyway…but at least continue to hear me out if you still don’t agree.

Another point to consider is that games have borrowed a great deal from film, most modern day titles feature cinematic cut scenes and many even utilise live action sequences in their trailers or as part of their marketing in the run up to release, look at Forward Unto Dawn, the live-action Halo short film released as a web series that accompanied Halo 4. It was well-written and produced and highlighted that with a budget, a Halo film could be actualised.

And we did almost have a Halo film to look forward to, it would have been produced by Peter ‘Hobbit-lovin’ Jackson and directed by Neil Blomkamp (District 9, Elysium, Chappie) but it never got far beyond concept art. After seeing another of Blomkamp’s films, Elysium, I was left disappointed, not because it was an overly bad film but because there is no doubt in my mind that much of the production design was taken from the Halo film that never was and it looked great, you can see it in the vehicle design and some of the buildings.

It’s made me ponder what other game franchises might make it to the big screen.

One I would absolutely love to see is Monkey Island, most video game films that have come before are based at an older demographic but Monkey Island would be a fantastic family film, a swashbuckling hero that isn’t Johnny Depp? Guybrush Threepwood would be excellent if he was cast well enough. I think I’d like to see it animated as opposed to live action, perhaps in a similar vein of Pirates! In An Adventure With Scientists or How To train Your Dragon. Admittedly, most point and click games would translate well to the cinema screen, Day of The Tentacle, Broken Sword or the Sam and Max games for example, would all make excellent films! 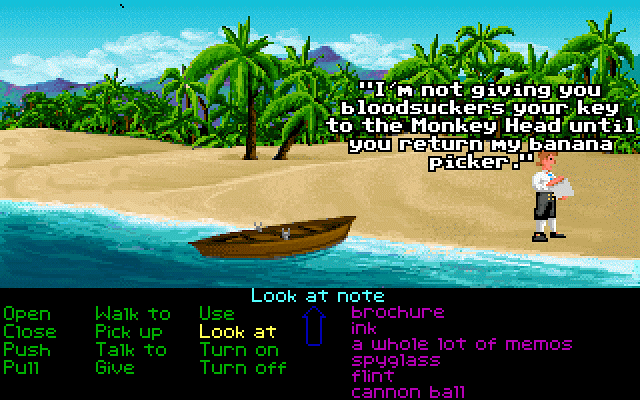 Films like this might even give Disney a run for it’s money and save us from seeing Captain Jack’s big drunk face every other year! Speaking of which, Disney (or as I like to call them these days, the ‘Entertainment Multi-verse OVERLORDS’) are great at crossovers and take full advantage of multiple universes yet, one of the biggest crossovers that they’ve had at their disposal for years would make a pretty good film franchise, I’m speaking of course of Kingdom Hearts.


For a film executive, there would be no fear because every viewer would recognise a character they love from another Disney movie. And the merchandising?! Ka-chiiiiing. Actually, if this eventually happens I’m officially stating here that I thought of it first so…*ding, ding, ding* hand over the money Disney!

Another game series I would love to see re-imagined in light of recent sci-fi films is Metroid. Samus Aran would have to be cast extremely well however because she would be a kick-ass female sci-fi protagonist, one who could possibly rival Amanda Ripley. It would be great to have a strong, female lead at the helm of a sci-fi series! 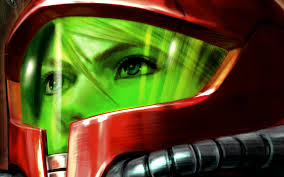 Alternatively, a Mass Effect film featuring Fem-Shep (the female version of Commander Shepard) would definitely excite me. The Mass Effect universe is in my opinion perfectly developed, well-balanced with multiple races and technologies that would look interesting on film. We’ve already seen that a lot of those things can be replicated well on the big screen, I’m thinking of Guardians Of The Galaxy and the JJ Abrams Star Trek films in particular.

That and I can already imagine Mass Effect it in film form, I can visualise the the layout of the ship, the uniforms, the Citadel…Perhaps I should direct it?! I do, after all, have experience in filmmaking. Imagine…I could cast some the actors who voiced characters in the game. The Illusive Man actually played by Martin Sheen and Joker, the wise cracking ship’s captain played by Seth Green…in real life!? Yes, please! 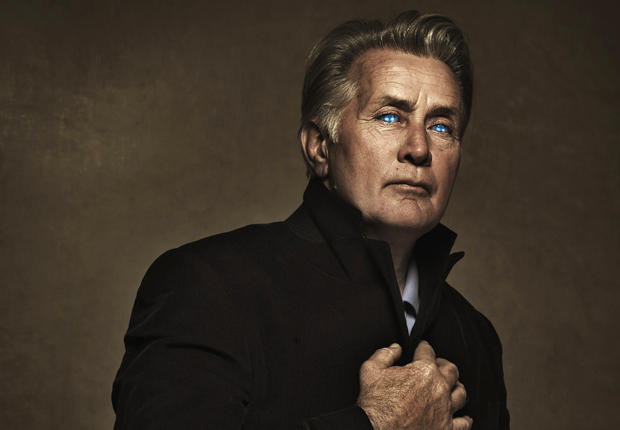 It could be the start of a new space opera to rival Star Wars.

Possibly even Star Wars for a new generation? Huge comparison but with the right director *cough, cough* Hire me Hollywood! *cough*, a good budget and a passionate cast and crew, the potential is there! The only downside to a Mass Effect film is that the game is choice-based and it’s the choices that take up a huge part of it’s appeal, adapting it into a movie would lose that element but with a good writer behind it, it could be amazing. I think Commander Shepard would approve.

Another game I think is ripe for adapting into a film is Red Dead Redemption. You might argue that the game is a pastiche of every Western to date and as such, would add nothing new to its genre, however I’d disagree. You only have to look at directors like Quentin Tarantino to see that homages can make for excellent films.

New-wave Westerns have made a resurgence and become popular again in the last few years and Red Dead certainly has the grittiness that often appeals to modern day Western fans and the Hollywood bigwigs who doll out Oscars and such. With the right cast, it could certainly reach the dizzying heights of True Grit, No Country For Old Men or The Assassination Of Jesse James By The Coward Robert Ford. In fact, I think I remember reading somewhere that this was optioned for a film and was set to star Brad Pitt as John Marston, which I can certainly see.

Another great franchise which would make one hell of a film is BioShock.

The production design alone would be a joy to behold, personally I could see Guillermo Del Toro at the helm. Just imagine how cool the Big Daddies would look, Del Toro films always look amazing and he tends to use the same cinematographer, Guillermo Navarro, an incredibly talented director of photography whose style would fit the appearance of the game. 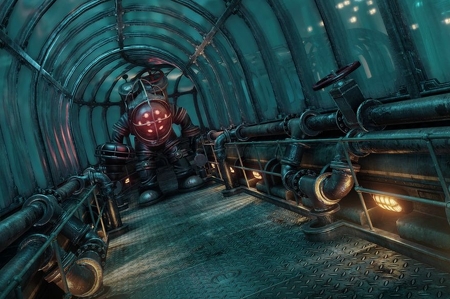 After bringing up Del Toro I now have kaijus, giant foes and Godzilla on the brain, which has led to my next few suggestions, God Of War, Diablo and Gears of War. Three unique games that are excellent in their own ways. Visually though, the scale of the battles within each of them would look even more epic on an IMAX screen (note: 2D IMAX! 3D is a fad, damn it!). The sheer intensity and scale of some of the enemies would dominate the entire cinema screen and the sound design would vibrate your ribcage. That’s an experience I am happy to pay the extra money for. 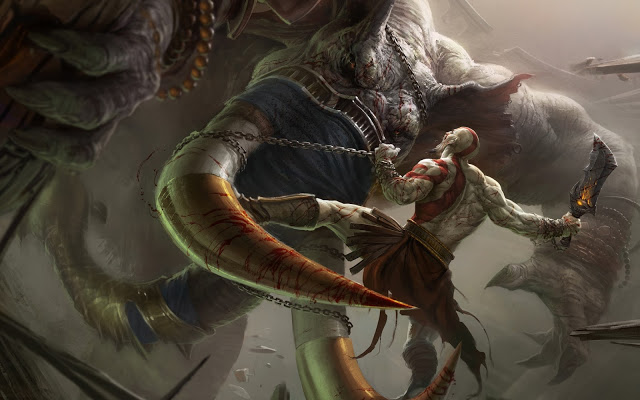 I was going to discuss Spyro, Heavy Rain, The Last Of Us, Metal Gear Solid and Alice: Madness Returns but I’m already way over word count this week but if you want to know my thoughts on these other games, check out my personal blog Excuse Me While I Geek Out where you can find all my previous Forces Of Geek column pieces.

Maybe when I publish this one there, I’ll write an extra paragraph or two…or three…

In the meantime, let me know your candidates for games that would make great filmic adaptations or whether or not you agree with me in the comments section! 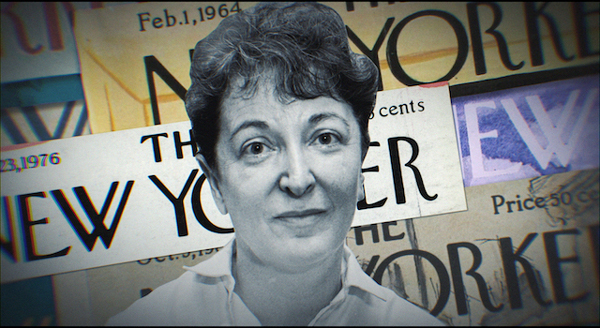 ‘What She Said: The Art of Pauline Kael’ (review)