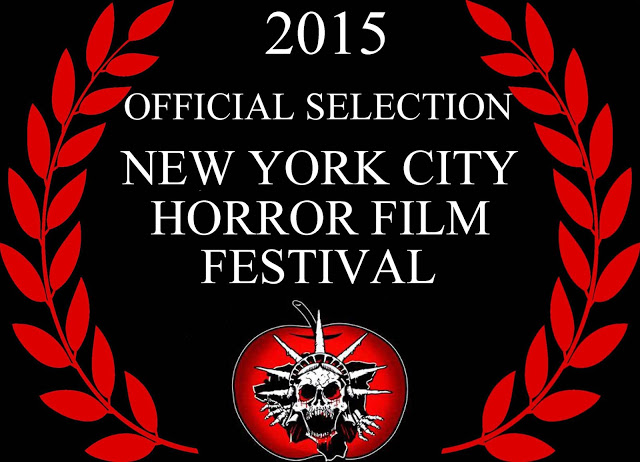 Sean Cunningham will be presented with his Lifetime Achievement Award on Friday Nov. 13th after a screening of his series-leading film FRIDAY THE 13TH.

Mr. Atkins will be on hand to receive the Michael J. Hein Lifetime Achievement Award on Saturday, November 14th, at Times Scare.

14 features and 34 short films make up this year’s festival, running on two screens at Times Scare.

The festival opens Thurs Nov. 12 with the New York premiere of the IFC Midnight release of Tara Subkoff’s #HORROR, an online social media game that turns a moment of cyberbullying into a night of insanity, starring Natasha Lyonne (ORANGE IS THE NEW BLACK) and Chloe Sevigny (AMERICAN HORROR STORY), followed by Anthony DiBlasi’s MOST LIKELY TO DIE, a modern slasher. Other features include Michael Bafaro’s WRECKER, from the producer of AMERICAN MARY, a tale of two best girl friends taking a road trip… to Hell. And from Russian filmmaker Pavel Khvaleev, III. A bevy of short films accompany the features, with new works including Jeremiah Kipp’s PAINKILLER and Michael Turney’s THE LITTLE.

The festival runs Nov. 12–15, 2015, at Times Scare, 669 8th Avenue., right on Times Square’s famed 42nd Street, aka “The Deuce.” Times Scare is enhanced with custom-built designs and elegant macabre décor including a state-of-the-art haunted house and skeletal bar. The venue’s history traces back to the crematorium that operated there in the roaring ’20s and the dark echoes of old Times Square’s bawdy past.