Although hugely mainstream in Japan.  Gundam still seems to be something of a cult following in the USA.

With Anime culture as large as it is, Gundam has never really risen to the surface of American fandom.  For those of you like myself who love the giant robot, or mobile suit saga.  This article is for you!

And for those who might not be into Gundam, a visit to Gundam: Front and Diver City may just win you over.

A few years back, photos started circulating over the internet of a large “scale” Gundam located in Tokyo at a place called Diver City. 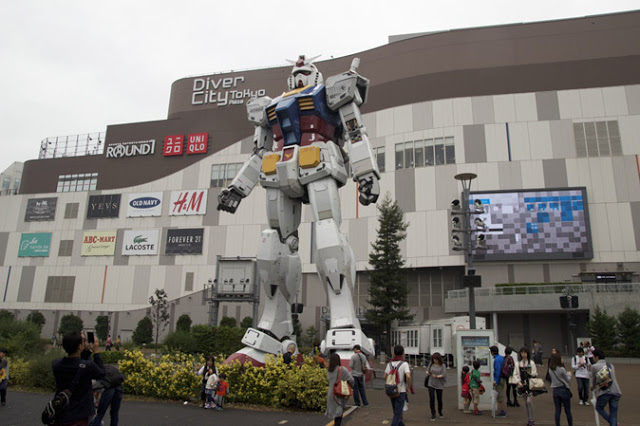 Well, my Earth Federation friends… I went and saw and the legends are true.

To see a scale mobile suit in person is one of the biggest treats we as fans can have period.  To understand the scale and size of the massive robot giants in relation to our own space.  Such a treat.

The details on the Gundam statue are incredible.  Down the rivets, seams, exhaust ports.  This thing looks and feels real.  And you can get close for a number of great photo ops. 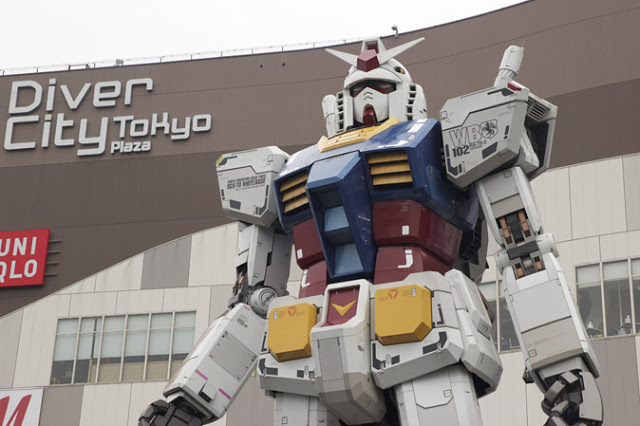 Front to back, the Gundam is incredible.

Just feet away from the giant epic statue is Gundam Café.

Yes.  Gundam and coffee have finally come together!  It’s a smaller café (If you want a full on sit down experience go to the Gundam Café in Akihabra). But the Café at Diver City serves as a great little place to get a snack and souvenir from the Gundam universe.  Cool Gundam items you won’t see in America, online, or in other stores in Tokyo or Japan.  (I came back armed with Coffee Mugs, cookies, and office supplies.)

The food at the café is themed properly. And seriously, have any of us really lived until we had Gundam Taiyaki? 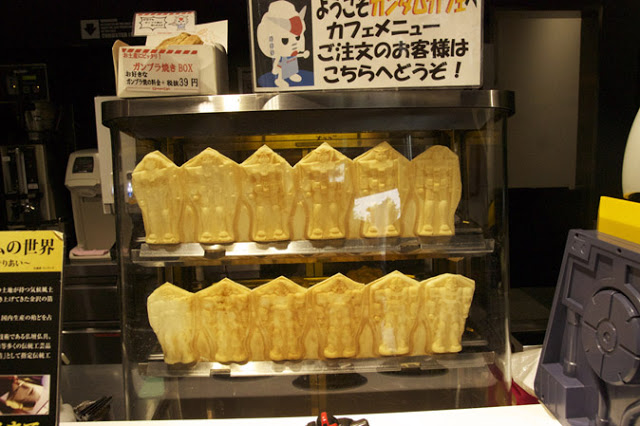 But the experience doesn’t just stop there. 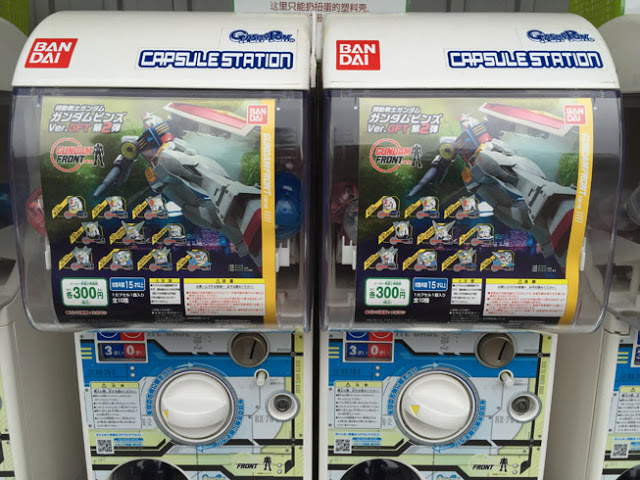 On a weekend you get a real sense of Tokyo family life and entertainment just by being there.  Grab some dipping noodles in the food court, then head upstairs for the arcade or Gundam: Front. 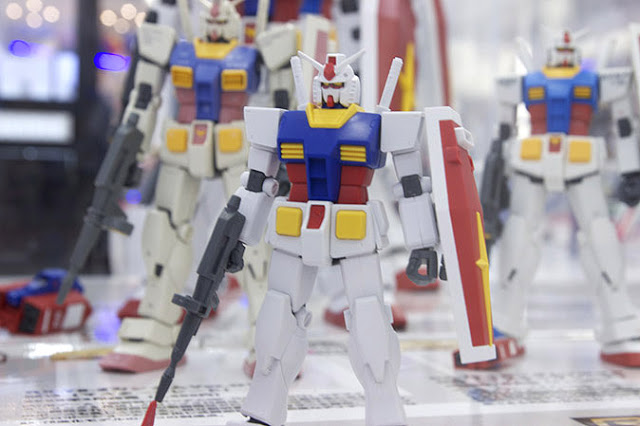 Amazing, worth the walk through.  And even if you wander upstairs just to check out the entrance of the Gundam: Front there are tons of cool things you can see for free… like a room packed with every Gundam model kit ever made! 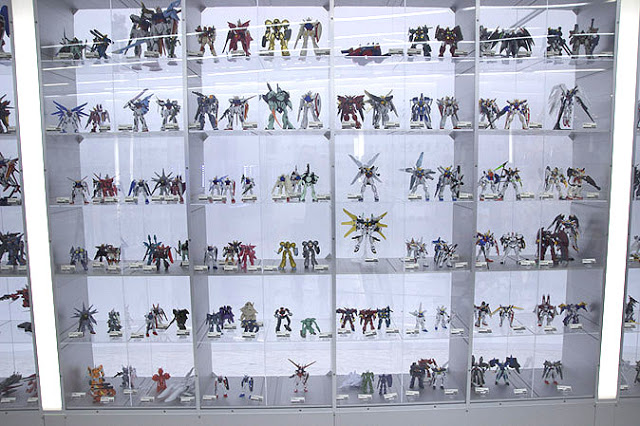 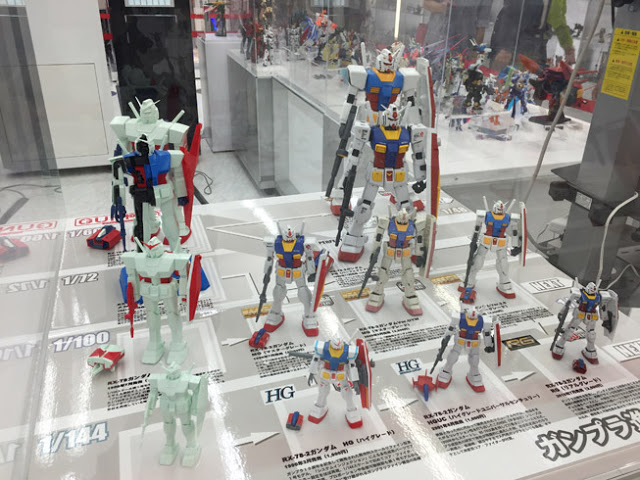 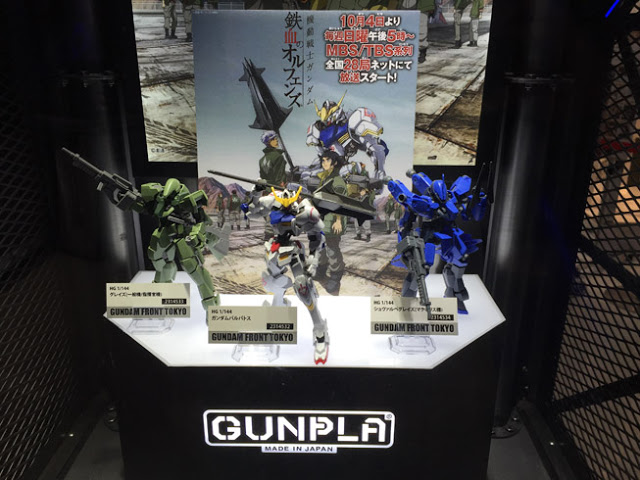 As a fan of robots, anime, sci fi this place is a must!  As a Gundam fan an absolute must if you are visiting Japan.  You can get there via Subway.  Takes a little work figuring it out, but that is the cheapest way to get to Diver City from other areas in Tokyo. 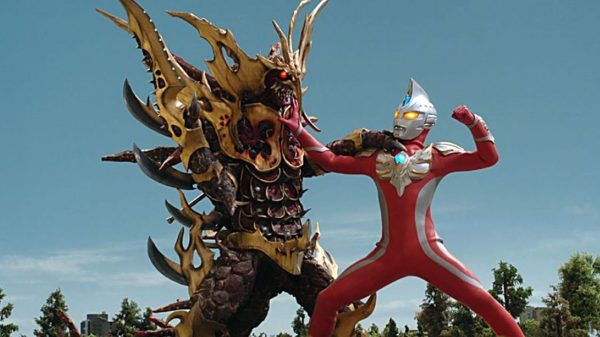