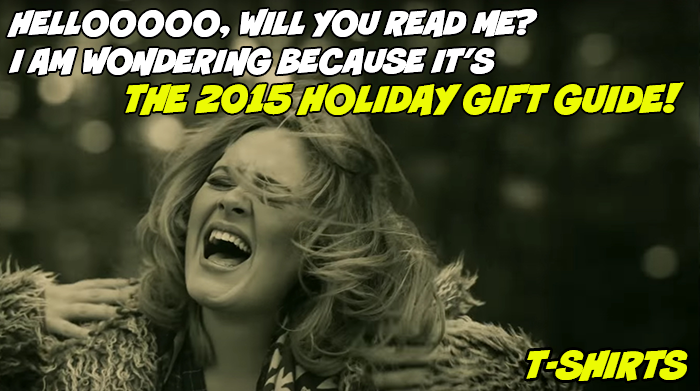 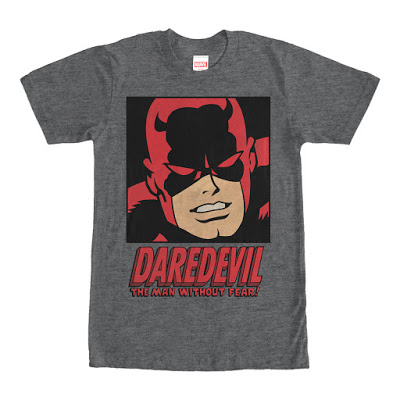 Now that the mass public have enjoyed Netflix’s Daredevil series, here’s your chance to gain some street cred among the nerd herd.  This shirt features “Jazzy” John Romita’s take on Ol’ Hornhead.  These are the days before Frank Miller showed up and Matt Murdock regularly had his ass handed to him by Kingpin, Elektra, Bullseye and ninjas.  This one’s old school, True Believers!; the days of Stilt-Man, The Owl and The Matador.  Excelsior! 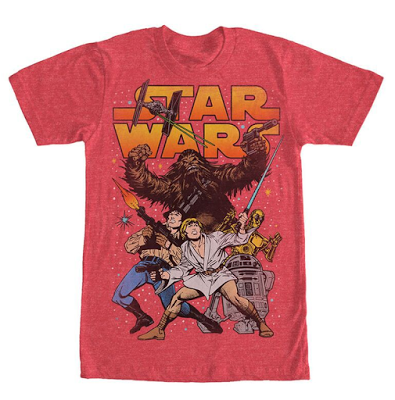 Back in the day when the Star Wars universe was new and finite, there was little to go on beyond the films, toys, A Splinter in The Mind’s Eye and the Marvel Comics series.  This shirt captures the early days of the comic featuring the testosterone heavy characters: Luke, Han, and Chewbacca with Artoo and Threepio depicted by the great Carmine Infantino!  If you remember supporting cast members like Crimson Jack, Jaxxon, Warto, Amaiza Foxtrain and Serji-X Arrogantus then this shirt is a must have! 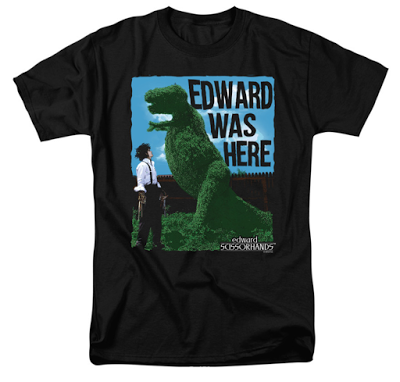 Edward Scissorhands was released 25 years old this week, making me feel very, very old.   The film marks Johnny Depp’s first collaboration with director Tim Burton and remains their second best collaboration (#1 will likely always be the magical Ed Wood).  This shirt captures the whimsy and charm of the film and the topiary magic within. 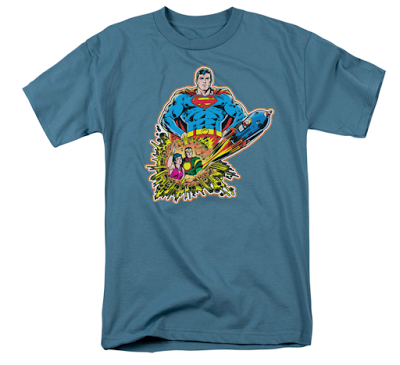 If you read comics in the Seventies, this image seemed to be everywhere and remains a single illustration that captures the origin of Superman, as it depicts the Man of Steel standing over a montage of his birth parents, Jor-El and Lara watch baby Kal-El rocket away from the exploding planet Krypton as it heads toward Earth.  Featuring art by Curt Swan and Bob Oksner from the cover of 1976’s Superman #300 with the story, “Superman, 2001″. 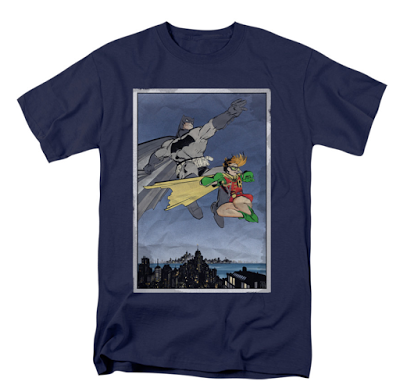 With the third Dark Knight series in stores now, it’s pretty hard not to feel a little nostalgic for the original Dark Knight Returns.  This image from the third issue in the series by artists Frank Miller and Klaus Janson (with colors by Lynn Varley) is one of my favorite illustrations, and broke some serious records this past year as the original art for this page sold for $448,125.

Which makes this shirt a pretty good deal. 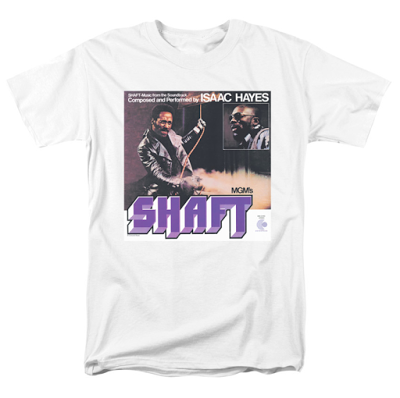 True confession, some days when I’m walking I listen to the Shaft theme and feel like a bit of a bad ass.  This shirt, depicting the soundtrack art shows not only complicated man John Shaft as portrayed by Richard Roundtree, but also the musical genius of singer and performer Issac Hayes, who promises that no one understands that John Shaft is the black private dick that’s a sex machine to all the chicks and would risk his neck for his brother man?

BATMAN: THE BRAVE AND THE BOLD ANIMATED JOKER HEAD T-SHIRT 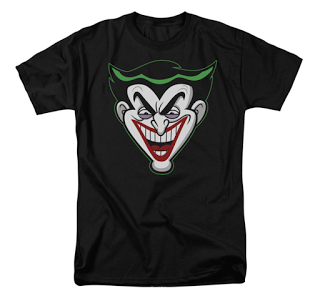 The Clown Prince of Crime.  The Jester of Genocide.  The Harlequin of Hate.  The Ace of Knaves.

He’s The Joker.  Arch nemesis of Batman and one of the most-recognizable and iconic fictional characters in pop culture.  This image is inspired by the artwork of Dick Sprang as reimagined by James Tucker for the Batman: The Brave and The Bold Animated Series.  He’s never looked more diabolical and frightening; he’s a boogey man for everyone. 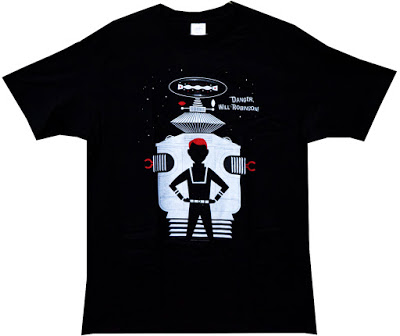 Inspired by the opening title graphics from the first season of Lost in Space, this shirt shows young ginger Will Robinson with Robot B-9, ready to take on another adventure or scheme of Dr. Zachary Smith.  Kick up your nostalgia factor and understanding of cool retro sci-fi with this awesome shirt. 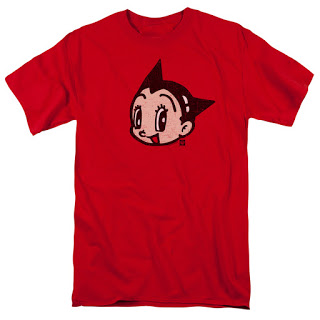 A.K.A. Tetsuwan Atom as created by Osamu Tezuka debuted as a manga series which ran from 1952 to 1968, before finding an international audience as one of the first anime series to be dubbed into English and syndicated beginning in 1963.  From the children’s chorus singing the theme song, to the charming animation, this Astro Boy shirt is a must have for any pop culture or anime/manga fan who’s smart enough to appreciate it. 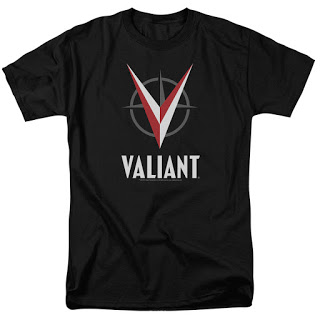 The characters of Valiant Comics have been rebooted or completely reimagined several times since their debut in 1990, but audiences and fans still love them.  Their latest incarnation, via Valiant Entertainment occurred in 2012 and they’ve since launched (or relaunched) such properties as Archer & Armstrong, Bloodshot, The Death-Defying Dr. Mirage, Ninjak, Harbinger, Rai, Shadowman, X-O Manowar, Quantum and Woody and Ivar, Timewaker among others.  This shirt, showing off their iconic logo tells the world that you like good comics.  So, go on, tell them…