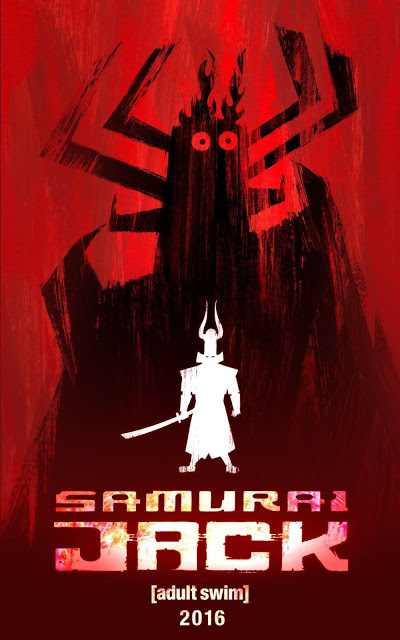 Creator and executive producer Genndy Tartakovsky continues the epic story of Samurai Jack with a new season that will premiere on Adult Swim’s Toonami block in 2016.

The new season is currently in production in Los Angeles at Cartoon Network Studios.

No word yet if Phil LaMarr will reprise his role as the title character, but I personally can’t imagine him not being involved.  Also, the poster indicates the return of Aku, who was originally voiced by Mako, who passed away in 2006.