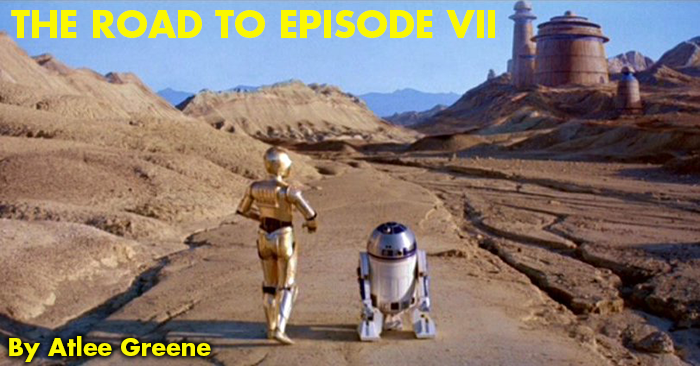 It’s so exciting that we live in a world where we’re under two weeks away until a brand new Star Wars movie is released. News items such as BB-8 and R2-D2 gracing the cover of Time magazine, more TV spots (please stop these) and China noticeably shrinking John Boyega on their version of the official theatrical poster has dominated the news cycle in a galaxy far, far away.

Another piece of business that has stirred up the Star Wars faithful once again is the debate over who shot first. In a recent interview with The Washington Post, George Lucas unequivocally states that Greedo, not Han Solo, shot first. This stings because it’s the creator of the franchise bringing a sense of finality to a heavily debated topic that’s soured many fans.

I understand why Lucas decided to make this infamous change when the Special Edition films were released in 1997. Han acting in self-defense instead of murdering someone in cold blood makes him more of a hero. Personally, I didn’t notice the change until I read about the fan backlash online years later. During my very first viewing of the movie, six year old me thought Han was incredibly smart for gunning down Greedo because it was obvious that he was about to be either captured or killed.

This week’s journey brings about a look at the next chapter of the comic book crossover event along with a review of a collection that aims to divulge anything and everything about Star Wars. Then we’re introduced to a new character from The Force Awakens who is relatively unknown, but packs quite the punch, kick, choke and everything else that inflicts bodily harm.

It’s time to refuel your X-Wing fighter, and blast through that Death Star trench as we are at the home stretch on The Road to Episode VII. 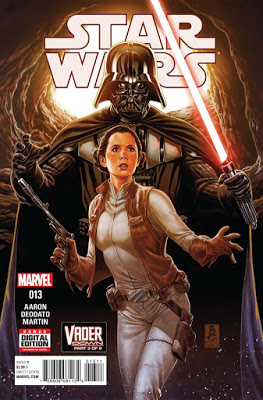 The third installment of Vader Down primarily focuses on a stranded Luke Skywalker with trouble waiting in the wings. Dr. Alphra wants Luke alive so she can get off of Darth Vader’s naughty list. The killer droids Triple Zero and BT-1, on the other hand, are chomping at the bit to perform some Dexter-style surgery on the young Jedi.

Jason Aaron has a knack for injecting humor throughout a story without it changing the tone of the established narrative. Han Solo and Dr. Alphra engage in witty banter while trying to take each other out with a blaster.  Hubris set up a hilarious moment that could have been a turd bowl in the punch if it wasn’t so cleverly executed.

Mike Deodato’s artwork is on another level when illustrating Star Wars characters.

The image of R2-D2 feverishly running away from a ridiculously-armed BT-1, after stepping up to defend a wounded Luke, was priceless. In many ways, R2 is the family dog, and while you don’t want your best friend to run out on you during a fight, our little astro driod gets a pass here.

One sidekick who doesn’t run from the fight is Chewbacca. There are some great ripping arms out of socket jokes as Chewie attacked Triple Zero which worked extremely well due to the droid’s similarity to C-3PO. It came off as a “what if” moment of sorts. Just imagine if Threepio grew a spine and finally snapped. Yeah, some of our Rebel friends would have hell to pay for their off the cuff remarks to their golden counterpart.

Star Wars #13 was a nice change of pace that delivered a fun story so completely engaging that I hardly realized Darth Vader was only involved in the book’s final pages. It’s weird not to miss a character that is not only immensely popular, but the subject of this crossover event. Jason Aaron and company are three for three and show no signs of slowing down anytime soon. 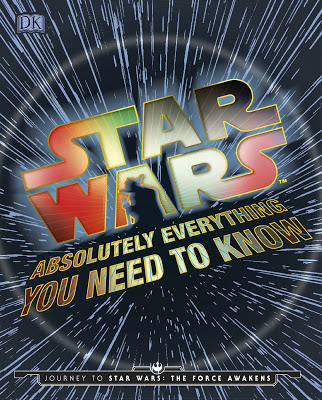 Lucasfilm’s literary campaign titled Journey to The Force Awakens kicked off on Force Friday back in September.

One of the releases was a gorgeous hard cover book containing 200 pages filled with Star Wars facts.

A lot of franchises such as Marvel and DC Comics have published a definitive encyclopedia of sorts.

Diehard fans like myself tend to pass on such items because we believe that we either know it all already or know enough to skip such a purchase.

What was intended to be a brief skim through the book inadvertently became a cover to cover examination that I would not allow myself to put down.

Did you know that a TIE Fighter can fly 777 mph? Were you aware that Anakin Skywalker was nine years old when he was first seen in The Phantom Menace? Perhaps it would be helpful to know that “Moulee-Rah” means money in Huttese next time you find yourself on Tatooine or at Comic Con.

Absolutely Everything is filled with beautiful pictures, fun facts, trivia to stump your friends with, and behind the scenes movie information. The time periods covered are the prequel trilogy and the original trilogy including The Clone Wars and Rebels animated series. The book concludes with a brief chapter on The Force Awakens that gives nothing away about the upcoming film.

The book’s infographic format is presented in chapters with two-page spreads that are busy, yet very easy to read and decipher. This makes the book user friendly and easy to skip around in cases you want to hold off on reading about the Jedi of the Republic and rather dive right into the section covering the various monsters in the galaxy.

Unfortunately there is no canonization of any expanded universe material, however, you might find a character or two that you didn’t know was canon to begin with. Take me for example. I had no idea that Jedi Master Yaddle (a female Yoda) appeared in Episode I which means she was canon this whole time.

There is no Earth-shattering information in the book which makes sense considering its intent is to fill in the gaps for lapsed fans. While Absolutely Everything doesn’t qualify as a “must own,” this book is strong with the Force and makes it fun and easy for Star Wars fans to explore and enjoy. 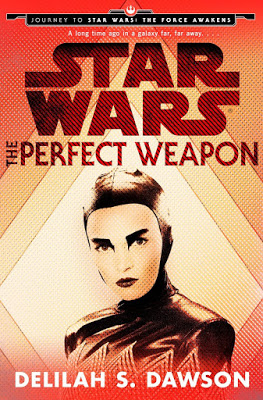 If you’ve been keeping up with all of The Force Awakens coverage, you might have noticed a picture of a woman amongst what appears to be a bunch of pirates. She is wearing a black skull cap, black lipstick, and leaning comfortably against a rather large alien.

Her name is Bazine Netal, and she just might be the most deadly mercenary in the galaxy.

The Perfect Weapon is an exclusive eBook and short story that is set shortly before the events of the upcoming film. Bazine is hired by an anonymous client to locate an ex-Stormtrooper and recover a mysterious package he’s safeguarding.

Payment is said to be astronomical, but the dangers of the job are just as dangerous.

Delilah S. Dawson does a fantastic job of helping the reader get to know this unapologetic and extremely efficient gun for hire. Bazine is highly skilled, can break into any facility and disappear like smoke. She is a professional in every sense of the word who is only concerned with getting results and getting paid.

The literary flow makes for a rather easy read that flows at a nice pace. Baine’s combative abilities from fisticuffs to weapons is explored in great detail and comes off as a study on how to incapacitate an opponent. Bazine’s cold and calculating demeanor might sound dull but her quick-wit and ability to look beyond the obvious makes her anything but.

Dawson made this an extremely interesting read that truly feels like Star Wars. This is an accomplishment in its own right considering this is a character that besides this book has had no presence in the marketing of the movie. Maybe she’s the next Boba Fett, or perhaps she is a glorified extra.

Despite how awesome this book is, the ending will absolutely leaves a lot to be desired. On one hand, it perfectly fits the character, but it left some key elements unresolved that I really wanted answered. Perhaps elements will play a role in the film, but we won’t know for sure until December 18th. 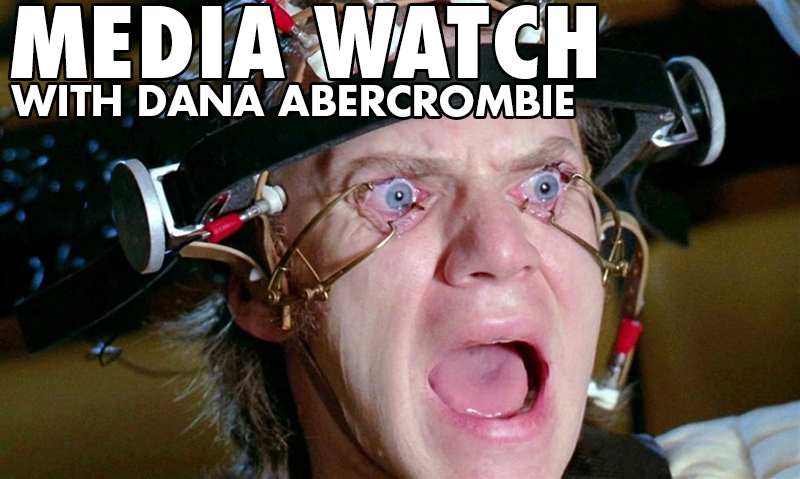 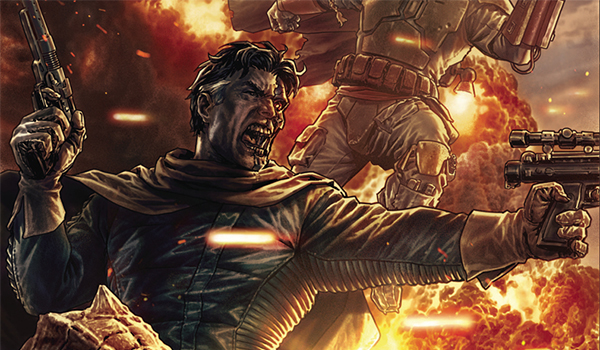