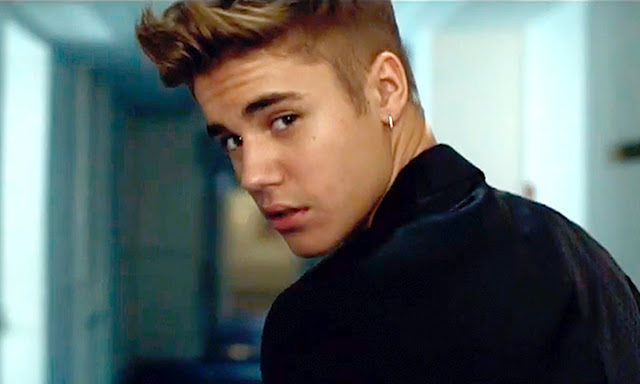 Justin Bieber is a talent?

Well, in the 21st century you can be a pop singer and a household name, but beyond your core group of fans, no one knows what your music sounds like.

And one such poster boy for this contemporary phenomenon is Justin Bieber.

So who is he really? Is Justin Bieber a mere celebrity pretending to be a singer? Or is he a real talent, a true artist who just got caught in the trappings of fame?

Justin Bieber Can Sing
Justin Bieber fans, known as “Beliebers,” are familiar with all of his songs, from As Long as You Love Me to What Do You Mean, but non-fans, especially those ubiquitous haters, probably havenít listened to one of his tracks all the way through.

Theyíve probably heard a snippet of Boyfriend or a bit of Baby and thats it. Non-Beliebers donít download his songs. If one comes on whatever digital device theyíre listening to at the moment, they usually turn him off.

Next time, fight the urge to skip the Bieber song and take a listen instead. If you do, you’ll likely discover that Justin Bieber can really sing. The boy has chops.

Justin Bieber Is Not An American Idol
Lost in all the salacious tabloid headlines, and his tumultuous relationship with Selena Gomez, is the fact that Bieber didn’t compete on a televised singing contest (like One Direction), he wasn’t manufactured by the Mouse Ears (like Miley Cyrus), and he didn’t play a pop star on some cable network show (like Big Time Rush).

Bieber’s discovery, and subsequent entrance into the business of show, was completely organic. He wasnít hired because he fit into the costume or learned the choreography the fastest. He made it because he’s a unique and amazing talent.

Justin Bieber YouTube
Justin Bieber was born March 1, 1994 in London, Ontario, Canada. When he was 12, he took second place in a local talent contest.

For family and friends unable to attend the contest, Bieber posted videos of his performance on YouTube.

That summer, Scooter Braun, a music industry marketer, was on YouTube looking for another singer when he mistakenly stumbled onto Bieber’s videos. The rest as they say is history.

Justin Bieber and Scooter Braun
Braun utilized YouTube to create an impressive army of Bieber fans. The videos Bieber made were crude so it was his voice that wooed viewers not production values.

Sure, Bieber was eventually groomed for super stardom. He was given “swagger coach” (Ryan Good), had a famous mentor (Usher), and studied under a renowned vocal coach (Jan Smith), but such measures are common within the music industry. Besides, the tutelage wasnít to make up for a lack of talent but to package it.

Justin Bieber One Time
Bieberís first release was the single One Time It dropped in May of 2009. Lyrically, the song is quite vapid, but it did allow the young Bieber to show off his voice. He immediately drew comparisons to Chris Brown.

While Bieberís fame and celebrity continued to skyrocket, he continued to show off his pipes in songs like Baby, Somebody to Love, and Never Say Never.

Those are legitimate pop songs. They donít sound like they were written for a 15-year-old, they just happened to be sung by one.

Justin Bieber Puberty
Then something funny happened to Bieber. It’s something that most professional singers never have to go through. Bieber experienced puberty.

Bieber went through the change in 2010 between his first and second album. His vocal coach, Jan Smith, helped him through the transition. She had done the same thing for his mentor, Usher.

After becoming an adult, Bieber realized that he was no longer a soprano. He was a tenor with a range of two octaves and some change. This means that some of his early material needs to be performed in a lower key.

Justin Bieber’s Voice
Bieber is a confident crooner with an agile voice. He can effortlessly slip into a falsetto and has the skills to break out a wicked melisma (vocal run). Yes, his voice isn’t the most powerful, but he makes up for it with phrasing and attitude.

He’s also a songwriter. He co-wrote all the songs from his last two albums except one. He can also play the piano, guitar, trumpet, and drums.

One summer, while busking, Bieber made $3,000. Bieber used the money to take his mother to Disneyland. Of all the things Bieber has accomplished, and that includes a number one single, this might be the most impressive.

Justin Bieber Live
A lot of people can sing, but to be one of the biggest pop stars in the world you need a great work ethic. Bieber displays his work ethic in the studio, at rehearsal, and on the concert stage.

A week and a day after turning 22, Bieber will launch the third major headlining tour of his career. During his first two treks, My World Tour and the Believe Tour, Bieber played 212 shows.

Already, the Canadian crooner has 58 dates planned for North America. It’s feasible, that at 22 years of age, Bieber will have 300 concert dates under his belt.

You can’t perform that many times, and at world class venues like TD Garden, Staples Center, and American Airlines Center, if you’re an indolent slob.

Love Him Or Hate Him
Bieber is one of the most beloved and hated pop stars of all-time.

On the ìbelovedî side, Bieber recently topped Billboardís Artist 100 list. The list is sort of a weekly popularity contest for recording artists. It measures sales, airplay, and social media activity.

On the hated side, Bieber’s video to Baby has garnered the most dislikes in YouTube history and 270,000 Americans once petitioned the White House to have him deported back to Canada.

All great artists are divisive. You either love them or hate them, but there’s no in between.

It may not sit well with you, but Justin Bieber isn’t going anywhere. He’s too talented and works too hard to be a passing fancy.

If you don’t believe me just consider that the singer recently had the best sales week of his career. During the first seven days that his fourth studio album, Purpose, was available for purchase (and download) it moved 649,000 copies. And right after that, Bieber had three songs on Billboard’s Top Five.

Justin Bieber is a talent and he’ll be around for a long, long time.

In this article:#spon, Justin Beiber, Music